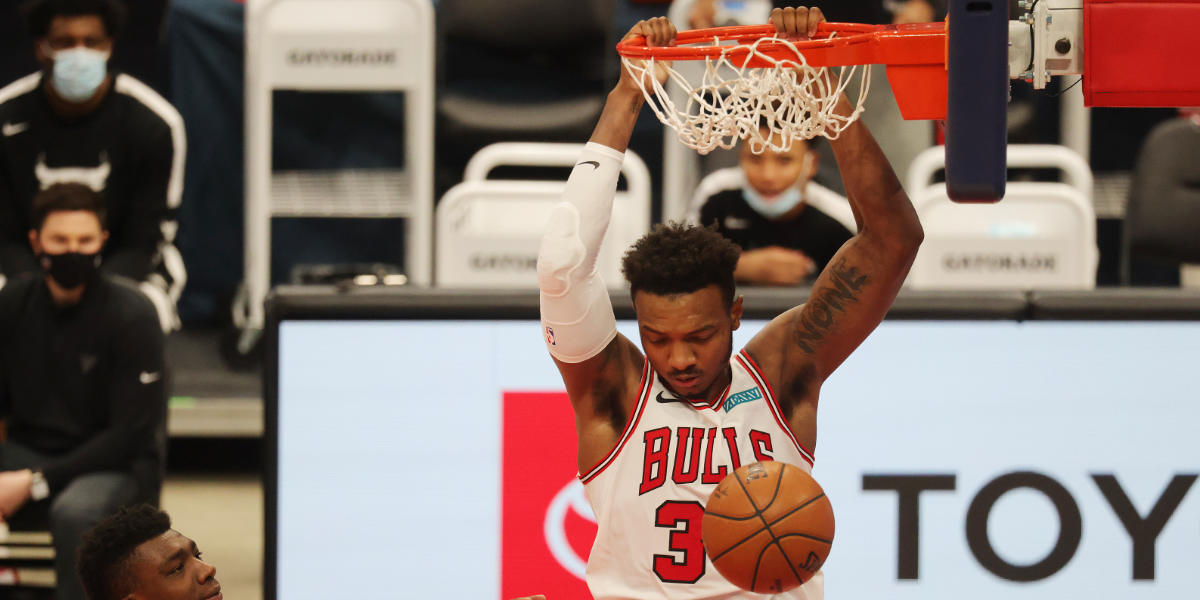 The Chicago Bulls didn’t shut down All-Star Domantas Sabonis on Monday night, but they managed him just fine. In fact, the All-Star’s final stat line (25 points and 10 rebounds) fails to show just how much the big man actually struggled, as he finished with a game-high eight turnovers and missed an uncharacteristic 10 shots 8ft (or less) from the rim.

Sure, sometimes a guy has an off-night, but luck doesn’t deserve all the credit. Wendell Carter Jr. deserves some too.

The Bulls No. 1 rim-protector finished with an awfully productive 11 points and 9 rebounds in just 21 minutes of carefully monitored action in his return to the Bulls last night.

Comments like that represent exactly what the Bulls have missed desperately.

Over the past few weeks, arguably nothing was more apparent than the Bulls issues with physicality when Carter Jr. is off the court. Teams like the Wizards, Magic, and Knicks all used their big men to give the Bulls fits – Julius Randle went off for 27 points in the Knicks 107-103 win, Nikola Vucevic scored a career-high 43 points and 19 rebounds in the Magic’s 123-119 win, and the Wizards plowed their way to the foul line for a ridiculous 36 free-throw attempts.

Over the 11 games Carter Jr. missed, the Bulls also ranked 28th in rebounds (42.1%) compared to 14th in the games leading up to his injury (44.8%). Not to mention, Carter Jr. still checks in at second on the team in free-throw attempts with 4.4 per game. He holds a 20.5 SFLD% (shooting fouled percentage), which ranks in the NBA’s 90th percentile, per Cleaning the Glass.

Get this: The Bulls were 6th in the NBA in free-throw attempts per game (23.9) before Carter Jr. hit the sideline. In his absence, the team shot 16.2 attempts per game (dead-last in the league). That poor 11 game stint has plummeted them down to shooting just the 22nd-most freebies per game. I know this isn’t all Carter Jr.’s doing, as injuries to Lauri Markkanen and Otto Porter – the team’s No. 3 and No. 4 more frequent visitors of the charity stripe – played a role. But Carter Jr.’s absence sure did not help the cause.

In one way or another, the numbers shared above all have to do with the team’s physical presence, and I think we learned over the course of the past few weeks that Carter Jr. might as well be the catalyst for that on this team. In his first game back, the Bulls won the rebounding battle 60-47, tied their second-highest free-throw total since Carter Jr.’s injury (22), and prevented one of the league’s better big men from absolutely destroying them inside.

Carter Jr. isn’t even the most physically imposing player. He stands at an undersized six-foot-ten for the center position, and we all know he is no stranger to hitting the injury report. However, with the help of his seven-foot-five wingspan and basketball IQ, he simply plays with an edge that this team desperately needs to compete.

Don’t just take my word for it, though …

“His presence just helps,” LaVine told media after the game. “Defensively and offensively, as well, there were a couple of plays offensively that got us into a rhythm. Sabonis was pressuring him, but he went by him one time and that helped out our cuts. And, defensively, we obviously know what he brings. He makes up for some of our mistakes. He brings a physicality to the game, so you know he was big. I’m glad to have him back.”

There is no way to exactly quantify some of the things that Carter Jr. brings to the court (I wish PHS was a stat), but I think the time without him helped give Bulls fans a better idea of just how helpful he tends to be. Maybe not everyone will notice that, or maybe those who do will not deem it significant enough, but I do feel confident in saying that this missed impact will be considered in the front office as roster decisions loom.

In other words, Carter Jr. meant something to this team before his latest injury, and he arguably means even more now.