Happy Birthday to the GOAT, Suddenly Playing the Pistons, Coby White Talk, and Other Bulls Bullets Skip to content 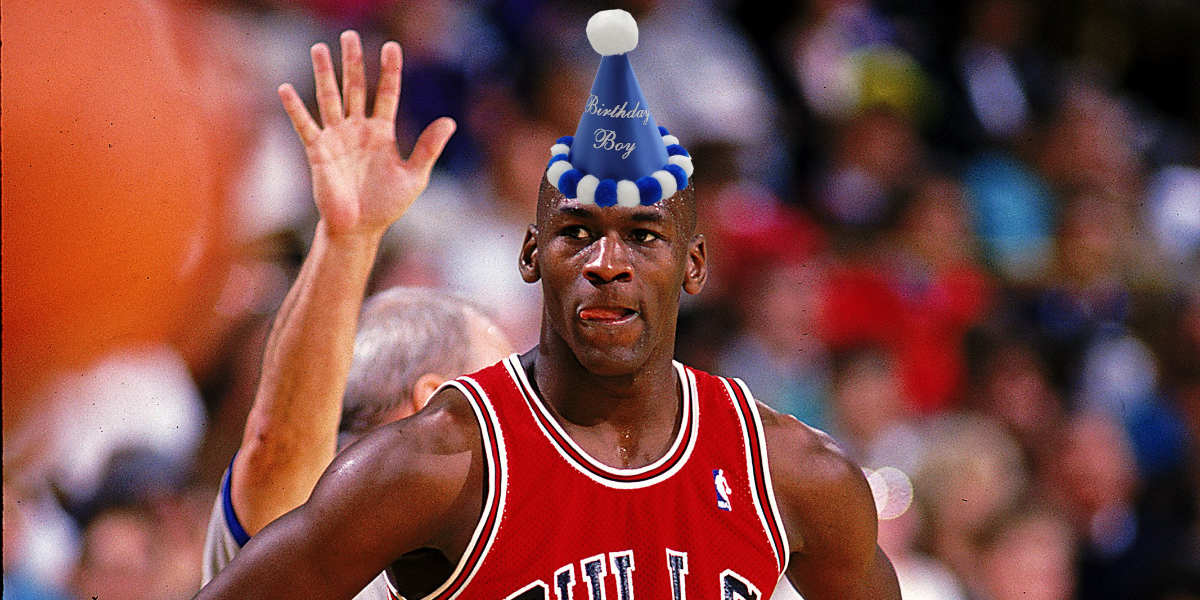 Can someone explain to me why we aren’t all watching The Last Dance while drinking Gatorade and taking everything personally right now?

I mean, today should be a national freakin’ holiday!

Happy Birthday GOAT. “Some people want it to happen, some wish it would happen, others make it happen.” Michael Jordan. pic.twitter.com/eELn7EqSlL

•   If social media is flooded with Michael Jordan content on his 58th birthday, can you imagine what it would have been like during his playing days? Even without the crazy Rodman stories and internal front office conflict, it’s almost impossible not to think Jordan would absolutely dominant the social media universe. ESPN would be tweeting about the GOAT every other second. Highlights would be impossible to avoid. And Jordan would be a top-5 trending topic worldwide daily. Twitter and Instagram would probably be best suited creating a “Jordan tab” to make room for literally any other content. It would be a madhouse (on Madison).

•   ICYMI (because I kind of did): The GOAT just donated $10 million to build two new medical facilitates in his home state of North Carolina. Two clinics built by a $7 million donation are already up in running in Charlotte, and according to the Associated Press, those clinics have already helped administer nearly 1,000 COVID-19 vaccines. Just a GOAT doing GOAT things.

•   The NBA did a new thing on Tuesday. After postponing the Detroit-Dallas and Bulls-Hornets matchups set for Wednesday, the league created an entirely new, previously unscheduled game to be played instead. The Bulls will now battle the Pistons in an unexpected home game at 7:00 p.m. tonight. I’m not necessarily bothered by this addition, but I do think it’s pretty crazy that the league just threw a new game on both team’s schedules. After all, they have no previous matchup this season to base expectations on, and both teams were given only a little more than a 24-hour notice, so it feels like the NBA has just thrown true scouting/normal preparation has been thrown out the window.

Tomorrow will be the first meeting between the Bulls and Pistons for over 13 months. All 4 games in last season's series were played by January 11.

•   Whatever. Fortunately for the Bulls, I do think they prefer this matchup to one against the surging Hornets. The Pistons currently sit last-place in the Eastern Conference and have the 7th-worst Net Rating in the NBA. They recently traded away Derrick Rose and sidelined Blake Griffin to give their young players more playing time. In other words, they are the epitome of a full-blown rebuilding team, which means that even a fellow Eastern Conference bottom-feeder like the Bulls should like their chances on any given night against this squad.

•   At the same time, this could be a trap game for fans and players alike. The Pistons have been surprisingly pesky over their past few games, winning three of their last four. Even more impressive, those three wins came against the Nets, Celtics, and Pelicans. Those two most recent victories also came without their best player, Jerami Grant, carrying more of the weight. Instead, rookie Saddiq Bey followed up a 30-point, 12-rebound performance against the Celtics with a solid 16-point, 6-assist showing against the Pelicans. Teams just haven’t taken this Pistons squad seriously at times, and they have wound up slapped in the face for it. After a very solid showing against the Indiana Pacers on Monday night, the Bulls can’t be the Pistons’ latest victim.

•   One weird stat that might work in the Bulls favor: Six of the Pistons’ eight wins have come against current playoff teams (Celtics x2, Suns,  76ers, Lakers, and Nets). Against big-time opponents, the Pistons tend to rise to the occasion. Against the more mediocre crowd? Not so much.

•   Wendell Carter Jr had a pretty great first game back on Monday night, and he has a good opportunity to feast against this Pistons team that gives up the 23rd-most points in the paint.

•   Good read on Coby White and why we should expect the Bulls to continue practicing patience with his point guard development.

Now up ⁦@TheAthletic⁩: Should the Bulls still believe in Coby White as their starting point guard? https://t.co/EbjLKsl7lq