Rumor Roundup: Where Do the Bulls Stand? Thad Young Talk, Philly Needs a PG, Big Men on the Move, More Skip to content 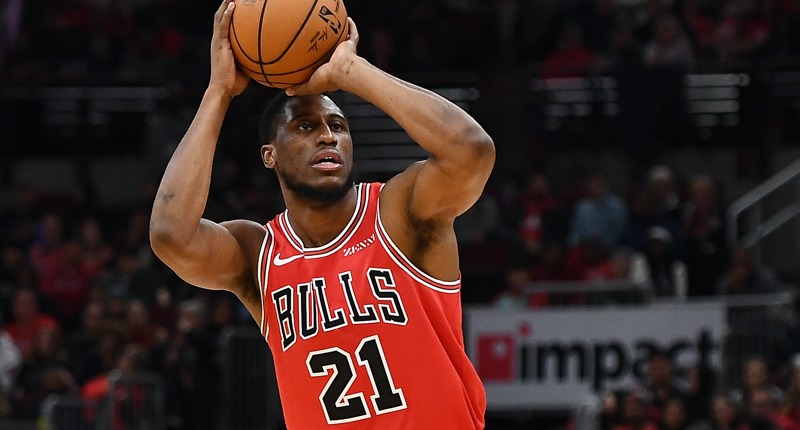 Rumors are starting to swirl with the NBA trade deadline a little over one month away, and you know what that means!

•   A good way to start any trade discussion is with a refresher on where each organization stands in terms of its finances and assets. ESPN’s Bobby Marks does a tremendous job mapping out each franchise’s situation, and I encourage anyone to give it a look before opening up the trade machine or daydreaming about free agency.

•   Fortunately, unlike in previous seasons, the Bulls section of Marks’ deep dive gave fans a lot to be excited about. While only two players find their name under the “valuable trade assets” category – Zach LaVine and Thaddeus Young – we are reminded that the Bulls do have plenty of upcoming cap space and all of their future first-round pick to mess with. Marks also lists the Bulls as having zero players off the table, which is a philosophy we’ve been preaching over here at BN Bulls for quite some time. While I don’t believe this means the Bulls should look to trade anyone for anything, I do think it means that the franchise is in no place to let a ringing phone go unanswered. Even though all signs point to the team holding onto LaVine as we head into the 2021-22 season, they would simply be doing themselves a disservice if they didn’t listen to potential offers.

•   I expect those offers for LaVine to eventually be met with a dial tone, but the calls for Thaddeus Young should warrant a back-and-forth. On a partially-guaranteed deal next season, Young has played his way into becoming a highly valuable trade piece across the league. In fact, The Chicago Sun-Times reported that he is “drawing the most interest” on the Bulls trade market thus far. I could see several contending teams directing their attention toward the big man as the March 25th deadline nears. This is purely speculative, but squads like the Boston Celtics, Portland Trail Blazers, and Golden State Warriors are all teams I could envision trying to upgrade their frontcourt depth as the playoffs loom. The question then becomes how much is one of these teams (or any other) willing to give up for Young’s services? And how much do the Bulls expect in return? The advanced analytics love Young this season, and he is arguably the most valuable he has been in years. For that reason, I expect the Bulls would want back a potentially solid young talent or an expiring contract with draft compensation. Portland and Golden State don’t have a lot to offer on that front, or if they do it’s probably something they would deem too valuable. Boston, on the other hand, has all their future firsts and a number of young prospects, including guys like Payton Pritchard, Aaron Nesmith, and Grant Williams. Would the Bulls be interested in any of that?

•   Speaking of the Celtics, they have also recently been connected to forward Harrison Barnes, who has averaged 15.8 points, 6.2 rebounds, and 3.4 assists this season for the Kings. However, according to The Athletic’s Sam Amick, it appears the Kings have no interest in moving their second-leading scorer right. News like that is why a player of Young’s caliber could become that much more valuable. We already know that it is increasingly unlikely that someone like LaVine or Bradley Beal is moved this season, and now the tier of talent with Barnes and Aaron Gordon is also being considered off the table. ESPN reported at the beginning of February that executives just seem to believe this could be a quiet trade deadline, and the more true that is, the more possible it is that a player like Young becomes an even sexier get.

•   The Detroit Pistons have reportedly agreed to remove Blake Griffin from the lineup as they try to find him a new home. According to ESPN’s Adrian Wojnarowski Pistons, GM Troy Weaver is on the hunt for possible trade partners, and that the option of a contract buyout could eventually be on the table. Griffin has become a shell of his former self (12.3ppg, 5.2reb, 3.9ast), nowhere near producing at the level his max-contract suggests. The big man is owed roughly $36.5 million this season and $38.9 million in 2021-22 if he picks up his player option. Could a down-on-their-luck team take over Griffin if the Pistons were to give some draft compensation in return? Probably, but The Athletic’s James L. Edwards III just doesn’t see this new front office doing that in the middle of a rebuild.

ESPN story on Blake Griffin and Pistons agreeing that he will be out of the lineup until the franchise and his reps can work through a resolution on his playing future: https://t.co/EHsnV9sED8

•   The Cavaliers also removed their veteran big man from the lineup, but this didn’t come as a mutual decision. Cleveland is reportedly forcing Drummond to sit out so that newly acquired 22-year-old center Jarrett Allen can take full control. Drummond is on an expiring contract this season, and The Athletic’ Shams Charania reported that both the Toronto Raptors and Brooklyn Nets are reportedly interested. However, owed $28.5 million this season, a trade will be far from easy to pull off.

•   Atlanta Hawks power forward John Collins has seen his name come up a lot in trade talks recently. Set to make big money this offseason as a restricted free agent, some believed the Hawks could look to trade him away before his payday approaches. The New York Posts’ Marc Berman reports, though, that Collins will likely only be on the move if the Hawks get some kinds of bonkers offer.

The Sixers are in the market for a point guard. Two players the team has inquired about are Detroit’s Delon Wright & Oklahoma City’s George Hill, a source tells me.

Bulls Do have Interest in Lonzo Ball, But Have “Not Had Dialogue” with the Pelicans Yethttps://t.co/1oM2r1FpVv