After falling behind by 25 points in a concerning manner to a last-place Detroit Pistons team, LaVine said screw it. Coming out of the locker room to start the third quarter, the Bulls should-be All-Star looked like a man on a mission. He repeatedly attacked the basket and scored 15 of his 37 total points in the 3rd frame to help jumpstart the Bulls come-back effort. Before we knew it, the entire Bulls team was playing with a newfound level of physicality, holding the Pistons to just 12 points in the 3rd quarter and a 1/15 shooting performance from behind the arc in the second half.

With 10 minutes to go in the final frame, Garrett Temple drove to the rim and converted a layup to give the Bulls a lead they would not relinquish. The 25-point deficit is the largest comeback victory of the NBA season, and it will also now go down in the team’s history books, tying the second-largest comeback victory in franchise history.

The Bulls tie the second-largest comeback win in franchise history (down 25 vs CHA on 11/2/05) behind only a 26-point comeback against the Knicks on February 23, 1973.

We can talk a whole lot more about all this awesomeness tomorrow, but I can’t go to bed without giving a special shoutout to the rookie. Patrick Williams scored 12 of his 15 points in the 4th quarter, and he arguably hit the team’s biggest shot of the night as he sank a corner 3 with 28.8 seconds to go.

This was his face. He’s built different. pic.twitter.com/0iCPFTFvKC

He’s got the clutch gene, folks. 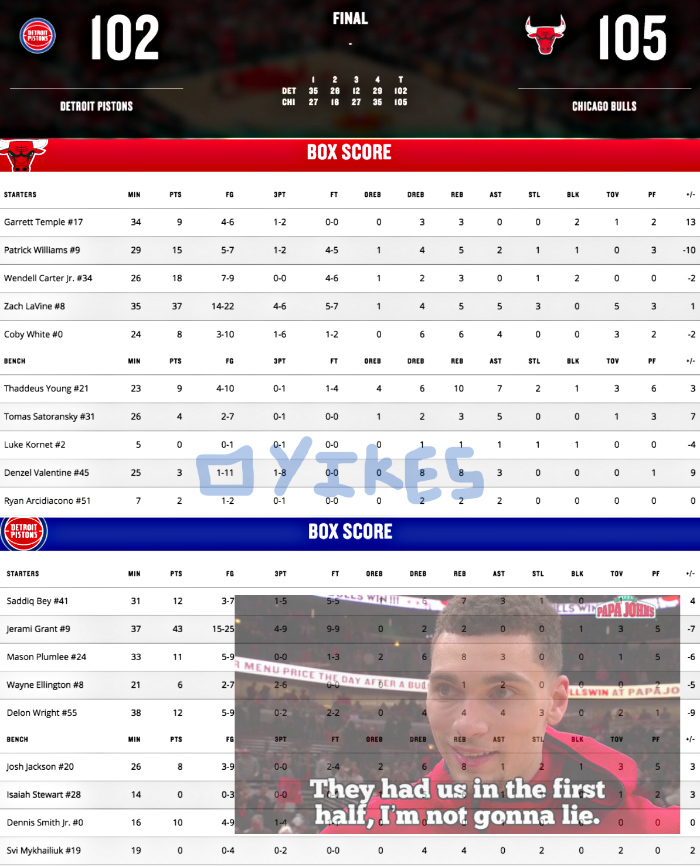