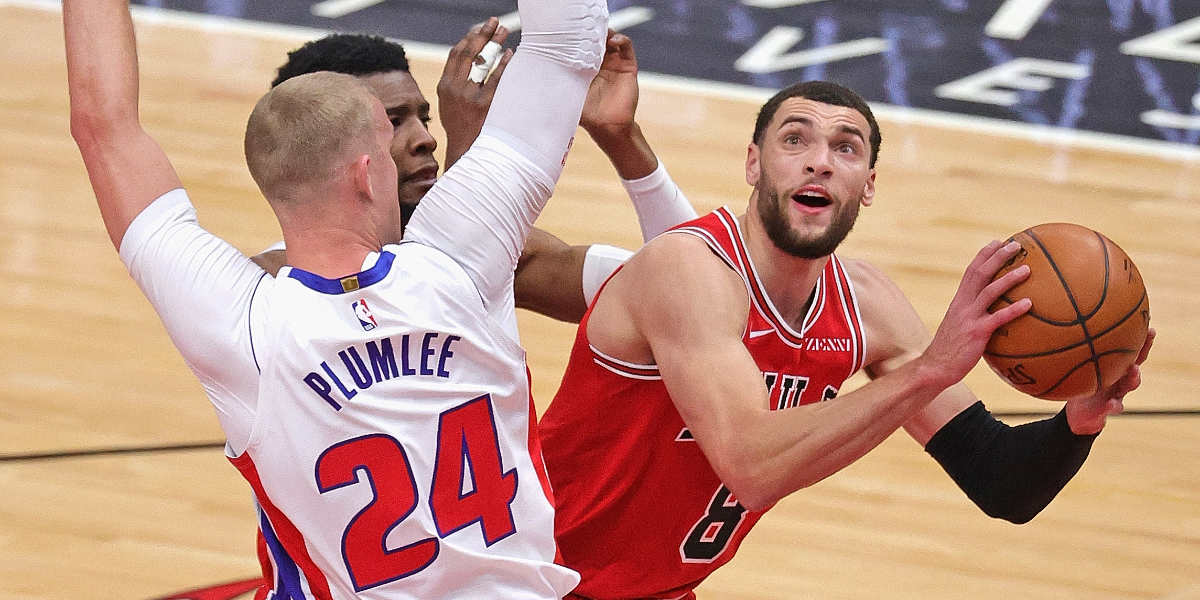 No other team in the NBA has done what the Chicago Bulls did last night (well, this year).

After falling behind by 25 points in the first half, the team came out in the 3rd quarter and out-scored the Detroit Pistons 27-12. Zach LaVine’s 15 points in the quarter helped bring the team within 3 points to start the final frame. Then, thanks to back-to-back buckets by the team’s youngest player and oldest player, the Bulls found themselves with a 74-73 lead. The Pistons lurked, but the resolution was clear. The Bulls completed the comeback, and when they sealed the deal 10 minutes later, it would mark the NBA’s largest comeback victory of the season.

For the short highlights, watch this:

Take a look at last night’s W over Detroit, presented by @ConstellationEG: pic.twitter.com/Rymbumhhda

For the complete game experience – 1st half catastrophe and all – watch this:

For the box score, go here.

Two different teams. One was lazy and flat … the other was alert and physical.

It’s hard to know exactly how to feel about last night’s win. After coming down from the high of watching Zach LaVine’s ascension continue and the Bulls young players come through in the clutch, you’re hit with the sobering fact that this team was down a previously insurmountable total to the last-place team in the Eastern Conference and the second-worst team in the NBA.

This wasn’t the same kind of superbly encouraging comeback as the one we saw against the 4th-place Portland Trail Blazers, and I think that’s why after the on-court high-fiving, we saw a rather melancholy group of players in the postgame press conferences.

LIVE: Zach LaVine takes questions from the media after tonight’s game against the Pistons https://t.co/6KI64QApyj

I think I’d rather see this reaction, though, than the opposite, right? This was a game the Bulls were supposed to win, and they made it far more difficult on themselves than it needed to be. They know there is no use in celebrating their best efforts because, well, it wasn’t their best effort. I’m glad they recognize that because I think it shows the foundation Donovan is starting to build. Don’t be satisfied, be hungry.

We’ll see how the Bulls respond on Friday against the East’s No. 1 squad.