The Bulls Defense Has Shown Some Surprising Improvement on Paper, But Can it Continue? Skip to content 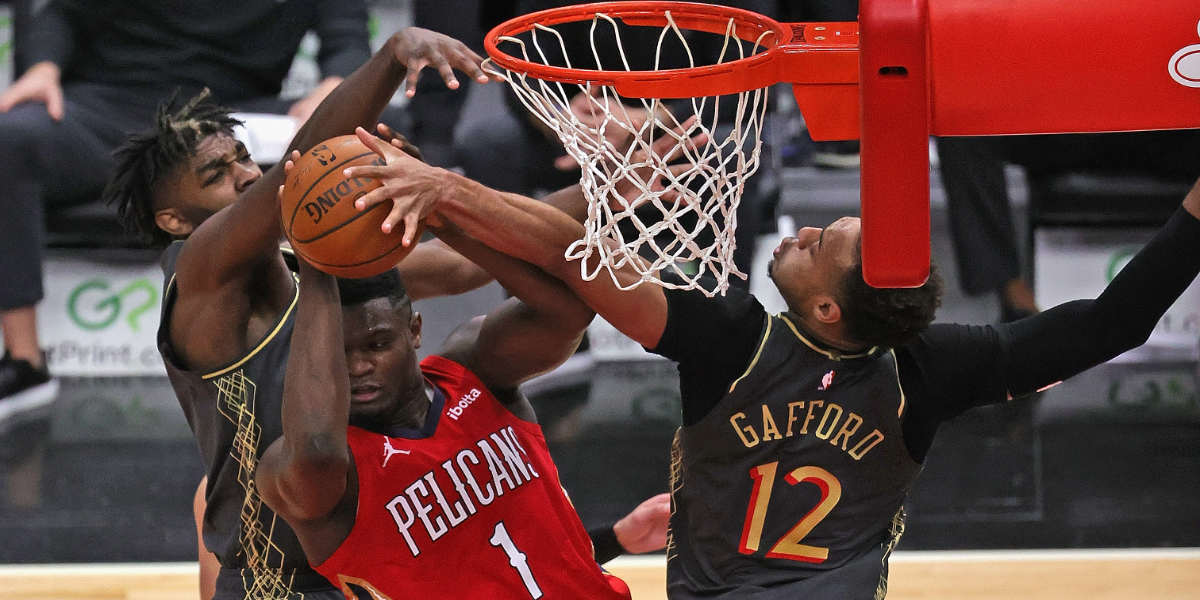 If the mere existence of this post serves as a jinx, take this as my apology, but I just couldn’t ignore the Bulls defensive improvements over the last month or so, especially after seeing what ESPN’s Kirk Goldsberry shared earlier today.

The Efficiency Landscape. Last 15 Games. What Jumps Out? pic.twitter.com/xKOuu8Rt6P

What the graph above tells us is that the Bulls are playing surprisingly competent basketball as of late. In fact, so much so that over the last month, the team’s Net Rating sits 9th-best in the league.

How has this happened? Well, mainly because of their efforts on the defensive side of the ball. After starting as one of the most efficient offenses in the NBA, the team has taken a step back. Since January 17th, their offense has ranked just 18th-overall, whereas their defense has shockingly been the league’s 7th-best unit. So while their dip in offense has dropped their complete season offensive rating down to just 18th, it has moved their defensive rating up nine spots to 20th.

All things considered, I think this is a leveling-out we should be excited to see. Many of the Bulls’ early-season woes were tied to their defensive shortcomings, and while they still have plenty of those for us to worry about, we have seen a noticeable improvement in their physicality and overall effort. I mean, just the other day, we saw the Bulls hold the Detroit Pistons and New Orleans Pelicans to 12-point and 14-point quarter, respectively. We have also seen the Bulls hold opponents to the second-lowest 3-point percentage, as well as force opponents into the 10th-most turnovers, since January 17th.

So, in other words, the Bulls defense has been trending in the right direction since the middle of January. The question we have to ask ourselves now is whether or not it will stay that way? I think the addition of a healthy Wendell Carter Jr. back into the lineup will help the Bulls stabilize things, and I also think that a more focused effort from players like Zach LaVine and Coby White should keep things from falling too far downhill. With that said, the Bulls bump in defensive efficiency might actually be more due to circumstance than we’d like to admit, and that may not bode well for future success.

The Bulls have played 10 of their last 15 games against offenses that rank in the bottom half of the NBA. Take a look:

Now, what is encouraging about what we see above is that the Bulls did manage to win three of their five games against teams with a top-15 offense. In that case, it might actually be true that the team’s defense is showing worthwhile improvement. At the same time, the Bulls still managed to lose three games against three of the worst offenses in the league (Knicks, Magic, and Wizards), which makes any kind of real conclusion harder to draw.

Either way, the Bulls defense has been the beneficiary of a decent schedule or at least one that wasn’t nearly as taxing as what we saw in the early portion of this season. I think with that in mind, I’m just going to take the easy way out and say we should wait a bit longer to make any legitimate ruling on their improvement. The end of the first half schedule over the next two weeks should give us more clarity, as six of the Bulls remaining eight games will be against teams with a top-13 offense. Yippie [he writes wth sarcasm].