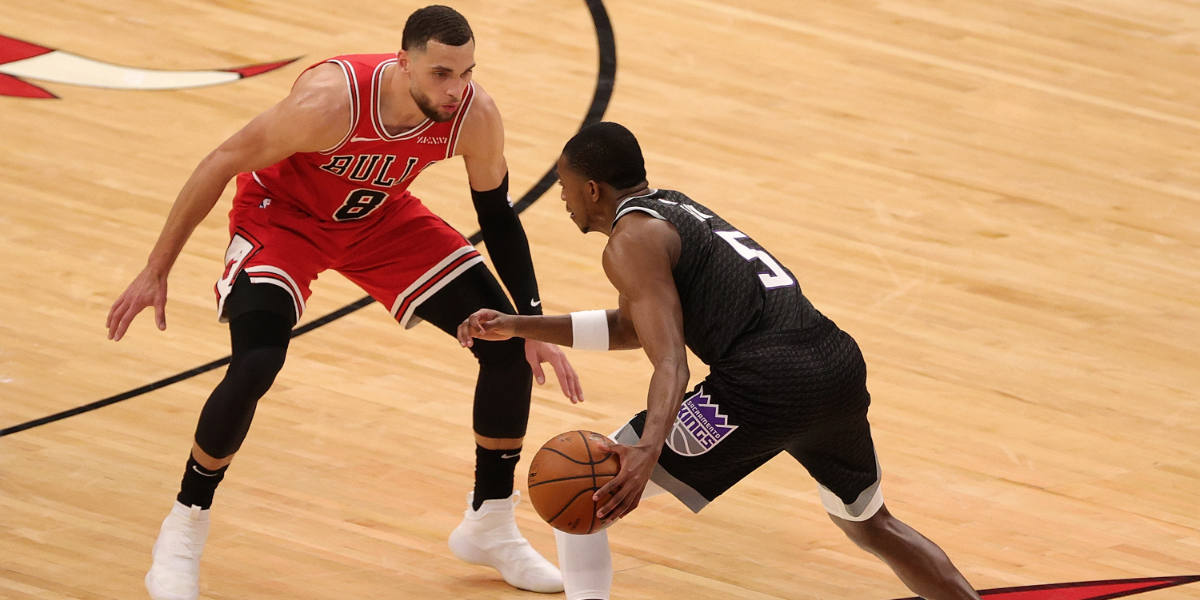 No intro. Just this video.

•   Last night’s win may have come against a heavily depleted Kings team that has lost six straight, but that shouldn’t make the victory any less encouraging. In the early-portion of this first-half schedule, we saw the Bulls continually play up or down to opponents. One night they would come within one possession of beating a title-contender like the Lakers, and the next they would play catch-up to a rebuilding squad like the Thunder. And while they aren’t necessarily out of the woods yet (I mean, they were down 25 to the East’s last-place Pistons), I do think we have seen considerable improvement in their ability to become a more consistent team.

•   Last night’s contest may have gotten a bit tight at the end, but it never quite felt like the Bulls were at a serious risk of falling behind. Instead, from start to finish they set the pace and played like the better team. They looked like the driven and focused squad we saw against the Pacers on Monday and 76ers on Friday. Again, this team is far from perfect, but I do think we are finally starting to see an identity take shape under head coach Billy Donovan. The Bulls have become the aggressors – a team that no matter the situation or opponent, will find a way to scrap and claw their way into a close contest. Further emphasizing that is the fact that they are tied for playing the most games in the clutch this season (18). Bulls basketball has simply become beach sand, just when you think you’ve gotten rid of it all, you find more behind your ears … and under your nails … and in your shoes … it just won’t go away.

Refusing to change your past stance on Zach LaVine — who was a much different and less impactful player — is disingenuous and poor analysis. He’s been incredible this season and is not the same player he once was. Players change, and analysis should always acknowledge that.

•   What I think this LaVine breakout has shown us is that the “empty stats” label should be used very sparingly. Players can oftentimes become a product of their environment. LaVine entered the league with a rebuilding, broken-down Minnesota Timberwolves organization. He then tore his ACL and was traded to an equally self-destructive Chicago Bulls franchise. I mean, for crying out loud, he played for six head coaches in his first seven seasons in the league. People expected LaVine to perform like a winning player without ever having anyone teach him how to become one. That’s simply unfair.

•   Am I saying that all of LaVine’s shortcomings are the fault of his previous coaches and teammates? Not at all. But do I believe it’s no coincidence that LaVine’s best season is happening under this head coach and this revamped infrastructure? Yes. There is no denying that he needed to improve areas of his game and that he has gradually transformed into the player we see today. However, classifying LaVine as incapable of performing like a winning player has been pretty damn bogus. Criticizing a player’s game can be warranted, but it should never be declarative. Players – especially those who are 25-years-old – can always improve, and we should keep that in mind when talking about their future.

•   Yesterday was the Bulls final game before coaches submit their All-Star reserve ballots, and Billy Donovan wasn’t about to let the night end before making the case for his players.

Billy Donovan's message to his fellow coaches on why @ZachLaVine deserves his All-Star nod: pic.twitter.com/g0jAuNOQRM

•   After what we saw last season, seeing Zach LaVine share this image is more refreshing than a Gatorade after hooping on a 92-degree day.

Zach LaVine posted this picture on Insta and it melts my heart ❤️ pic.twitter.com/MglnWRPKf0

•   The NBA trade deadline is still a little over one month away, and while Donovan didn’t tip the media off on how the Bulls might handle things, he did let them know that it’s very much an ongoing discussion behind the scenes. He said that he hopes to have a sitdown meeting with Arturas Karnisovas and the front office sometime soon to talk about plans moving forward.

They talk every day, but more extensive discussions will come later.

•   Wendell Carter Jr. has looked as healthy, aggressive, and aware as we’ve ever seen him. I’m eager to see how the rest of his season unfolds.

"Zach LaVine is an All-Star." pic.twitter.com/A3bDRchURD