After an encouraging 3-1 week, the Chicago Bulls did exactly what we wanted them to do tonight: build off their momentum and pick up their most dominant victory of the season.

From start to finish, this team pretty much looked like the superior basketball team. They posted 120 with Zach LaVine contributing only 21 total points (and I say only because that’s literally his fewest points scored since February 1st). Instead, Coby White took the reins and got the Bulls off to a hot start with 11 of his 24 points in the first quarter. The second-year guard finished with his best game in weeks, recording only the third double-double of his young career (10 rebounds). Wendell Carter Jr. also played a pivotal role in getting his team off to a hot start, as he took full advantage of the Houston Rockets small-ball starting lineup with 18 points (8-14) and 13 rebounds.

All in all, it was simply a much-needed night off for the Bulls top scorer and a performance that may have pushed the Bulls into their next phase of team-wide development. This team has struggled to perform well consistently against the teams they “should beat,” especially immediately following games in which they’ve looked promising. We saw it earlier this season with a loss against the Oklahoma City Thunder after losing to the Lakers and Clippers by only a combined five points. We also saw it earlier this month with a four-point loss to the Wizards after beating the Orlando Magic by 26. However, over this last week or so they have flashed a newfound ability to string together wins, build off previous performances, and play a full 48 minutes. And the actual blowout victory over a team they should have blown out feels like the culmination of that.

Watch, now that I said that they’re probably gonna lost to the league-worst Timberwolves on Wednesday. Great. 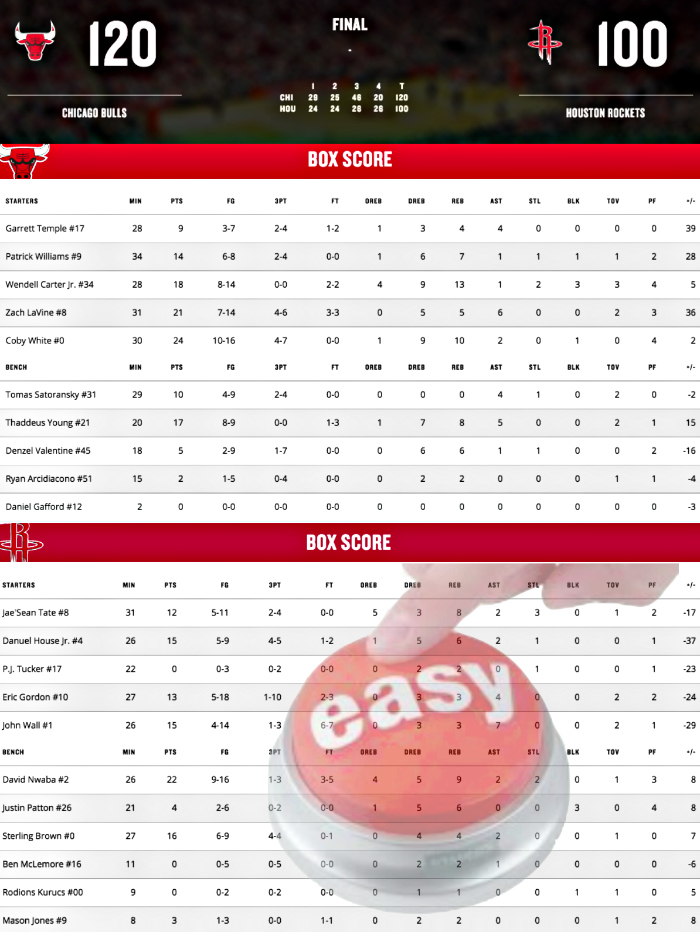 If the Bulls Want to Keep Daniel Theis, They Might Have to Go Through the Hornets

The Windy City Bulls Are Officially Set to Return Later This Year!