Turnovers Are Still a Major Problem, Conflicting Feelings, Thaddeus Young: The Leader, and Other Bulls Bullets Skip to content 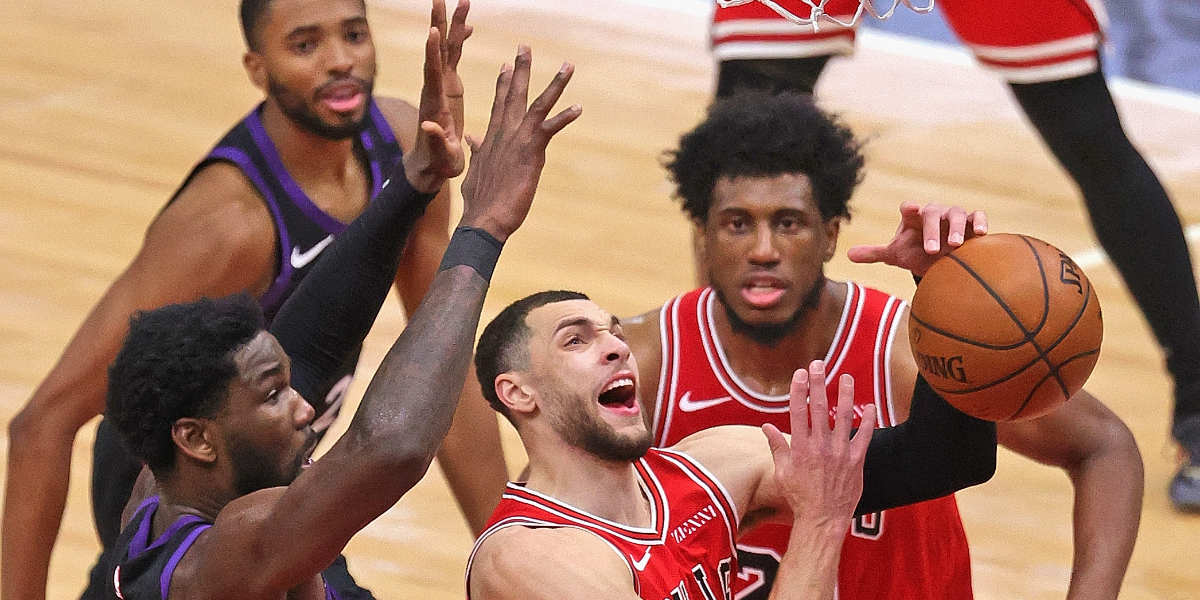 Why didn’t I take my birthday shots during the Bulls 4th quarter? Good question. I could’ve used them.

•   Going toe-to-toe with one of the league’s best teams, the Chicago Bulls were throwing punches for three-straight quarters last night. But when the bell rang for the final round to start, they missed on an upper-cut, slipped on a pool of sweat, hit the deck, and knocked themselves out. All things considered, that’s become the norm for this team against some of the league’s top squads. They hang around until the final frame only to make one too many mistakes to pull off the upset victory – or, in last night’s case, 10 too many.

•   The Bulls starters had 10 turnovers in the second half after the team entered the locker room with just six total. In the 4th quarter, specifically, the Bulls turned the ball over 8 times and finished the game with 17. That is a recipe for disaster against most teams, but it’s especially destructive when it happens against a Phoenix squad led by the savvy Chris Paul. The Suns veteran point guard knows how to take care of the basketball, and it’s a big reason why the Suns cough-up the 4th-fewest turnovers per game.  Chicago was simply never going to get an opportunity to right their wrongs with forced turnovers of their own. They were outscored a ridiculous 24-9 via points off turnovers. Ugh, take better care of the basketball, and we could be looking at a .500 team.

•   See, this is why I struggle to decide how I want to interpret games like these. While I’m more than frustrated by the turnover woes, I’m still encouraged by the fact that they hung with the West’s 4th-place team for as long as they did. Is that wrong, though? Should I start to hold them to a higher standard, especially now that they are taking care of lesser opponents more regularly?

Worst quarter the Bulls have played in a while. Too many careless turnovers & lack of communication on the defensive end. Bulls looked great in building a 16 point lead, but showed their inexperience with poor execution with the game on the line. Growing pains Bulls fans!

•   I think the fact that a lot of the Bulls mistakes are self-inflicted actually makes me more prone to be optimistic. This season has shown us that there is legitimate talent on this team and that the coaching staff is one we can finally trust. I’m upset that we keep watching them fizzle against top-seeded opponents, but I’m willing to accept right now that it’s just part of the process for a young team. After all, last season they weren’t beating the teams they were supposed to and almost beating the ones they weren’t supposed to. At least that’s something, right?

•   Also, when the team is doing stuff like this after tough losses, it’s hard not to feel decent.

Thaddeus Young said the Bulls spent considerable time talking in the locker room about everything that happened in the second half tonight, "Trying to figure out where did we go wrong, what adjustments we could have made…We as a team, we feel like we can win every game."

•   Here is more of what Thaddeus Young had to say about what the team talked about in the locker room: “We were just sitting down talking about everything that happened in the second half, trying to figure out where did we go wrong, what adjustments we could have made, what changes we could have done because as a team we feel like we can win every single game. We feel that we let an opportunity slip away from us, and those guys are a good team for a reason … we’re obviously a young team, but we got to learn how to finish games a little bit better. Going down throughout the course of the game, making sure we get the right looks, get the ball in the right people’s hands, and make sure we’re taking care of business.” Man, Thad is a hell of a leader.

•   The Bulls lack of a true primary playmaker was exposed big time last night. When the wheels started to fall off in the 4th quarter, there was no one around to help get the team back on track, and the opposite was the case on the opposite side of the ball. Chris Paul exposed the Bulls with six of his 15(!) total assists in the 4th quarter. He took complete control of the game.

The Bulls have gone the longest without a 4-game winning streak in the NBA, last winning 4 in a row in December 2017.

•   Patrick Williams may have finished with only four points, but he still showed Bulls fans why he’s worth the hype. The 19-year-old rookie hauled in 7 rebounds, recorded 1 block, and only turned the ball over once (#Rare for a Bull). He also had this insane off-hand dish to LaVine in transition …

The Paw with authority pic.twitter.com/zmzcNNZd7W

Booker wasn’t expecting the Bulls rookie to be a brick wall. 🚫🚫 pic.twitter.com/xBtWq15rcX

•   I gotta give Luke Kornet credit. The man finally came in and gave us the type of performance Billy Donovan has hoped for with 11 points (3-4 3PT) and 5 rebounds off the bench. I’m still not totally comfortable with him playing over Gafford, but if he can start to knock down his 3’s and actively fight for more boards consistently, maybe I’ll come around.

Toronto Raptors star Pascal Siakam is expected to remain in the league’s Health and Safety protocol through the All-Star break, missing the final three games of the first half, sources tell ESPN. Siakam sat out Friday’s victory over Houston in the protocol.