No Raptors Game, Ranking the Bulls Core, Don't Forget About Marko Simonovic, and Other Bulls Bullets Skip to content 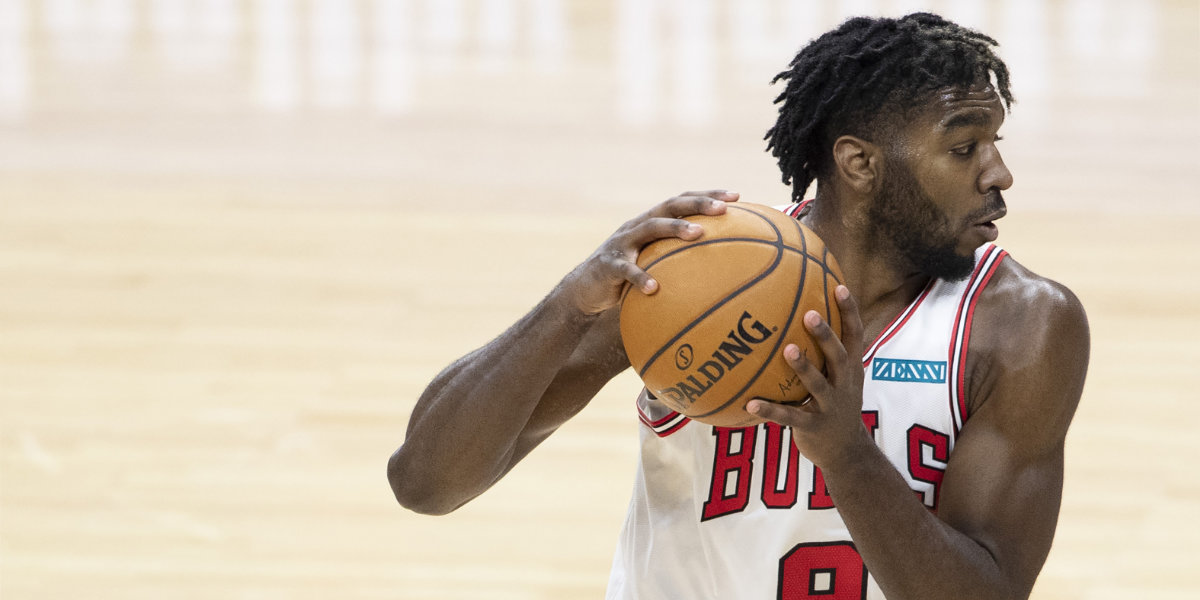 •   Due to contact tracing inside the Raptors organization, the Bulls will experience their 4th postponement of the season. Despite the team’s early-season troubles with the virus, none of the postponements this season have been caused by the Bulls inability to play with a full roster. While it sucks to see any game postponed, it certainly could have come at a worse time for the Bulls. The team would have had to play a steadily improving Raptors team just one night before flying back to Chicago to face the 18-15 Denver Nuggets. An extra day of rest before having to battle potential MVP candidate Nikola Jokic is a welcomed surprise, especially after what we saw from this team in the 4th quarter of Friday night’s game.

•   With that said, another postponed game could mean an even denser (random thought: “are you dense?” is an underrated insult IMO) second-half schedule. The Bulls will already have the 11th-toughest schedule in the league, according to Positive Residual. Not to mention, they will play an exhausting 37 games in 66 days. The Athletic’s John Hollinger pointed out April 8th as a possible make-up day for this matchup down the road, but the more games that are postponed as the season goes on, the more the league might have to consider just canceling games altogether.

Looks like they can reschedule this Bulls-Raptors game on April 8, when both teams are off, the Bulls are already in the south and neither team would end up with a back-to-back-to-back. But the schedule jenga will get increasingly difficult as season goes on.

•   I can’t help but think about how annoying it would be to have to fly to a business meeting only to get a call that says, “Nah, jk go home bruh.”

This is 2nd time that Bulls have flown to Florida to have a game postponed. They had flown to Orlando in March 2020 just as NBA shut down.

•   Anyway, I guess with the game postponed, the league decided to move up the start time for tomorrow’s contest.

NBA changes start time of Bulls-Nuggets from 8 to 7 pm.

•   The Athletic’s Sam Vecenie recently finished his updated NBA prospect rankings, and the Bulls find themselves well-represented. The team is tied with the Cavaliers for having the second-most names in the top-50 (Atlanta is in first). Wendell Carter Jr. (37th), Coby White (31st), Lauri Markkanen (26th), and Patrick Williams (25th) all make the cut, but it’s a bit frustrating that all basically hover around the same tier. After all the turmoil this organization has been through in recent years, one would like to think they would at least have a top-20 prospect as a consolation prize. Guess not.

•   Regardless, three of the Bulls players do at least pop up in Vecenie’s “Upside Initiators and Long-Term Starters With Something Missing” category. White, Markkanen, and Williams all seemed to be viewed as viable future starters, and they could prove to be even more than that if they make the appropriate leaps in their development. Williams probably has the best shot right now at making his way up the prospect ranks sooner than later, though. At only 19-years-old, Vecenie admits that the Bulls look to have received a talent worthy of the No. 4-overall pick and that his “likelihood of becoming a star” is even greater than he once thought.

•   I didn’t quite know what to expect when the Bulls drafted such a raw prospect, but I can’t help but be immensely encouraged by his play thus far. The fact that he has been able to translate this effortlessly to the league and play a solid starting role on both ends of the floor is … well … not normal. There is no question he has a lot of room to grow, but that is also what makes his upside so intriguing. If he can already help the Bulls guard some of the opposing teams best talent on one end and flash a smooth mid-range jumper and surprisingly efficient 3-point shot on the other, then there is no telling right now how high he can fly. As things currently stand, there is no question he is the Bulls top under-24 talent.

•   Marko Simonovic, the Bulls 2020 second-round pick, has been balin’ out overseas. I don’t want to spend too much time on this since I plan to write about him later this week, but I do think it’s time we start to keep a closer tab on his progress in the ABA League. His most recent performance is his 5th double-double of the season, as he continues to show the kind of versatile game that put him on the NBA radar in the first place. As a six-foot-eleven center, he is shooting 62.3 percent from the field and 35.8 percent from downtown on 5.3 attempts per game. Karnisovas said the team would “stash” him for at least a season, so I’ll be curious to see if we get any updates on possible plans to bring Simonovic to the states as the offseason inches closer.

•   I still can’t believe this stat-line from Joakim. What a beast.