The Wendell Carter Jr. Situation Is Complicated (I'll Give You That) But It's Not Time To Give Up Skip to content 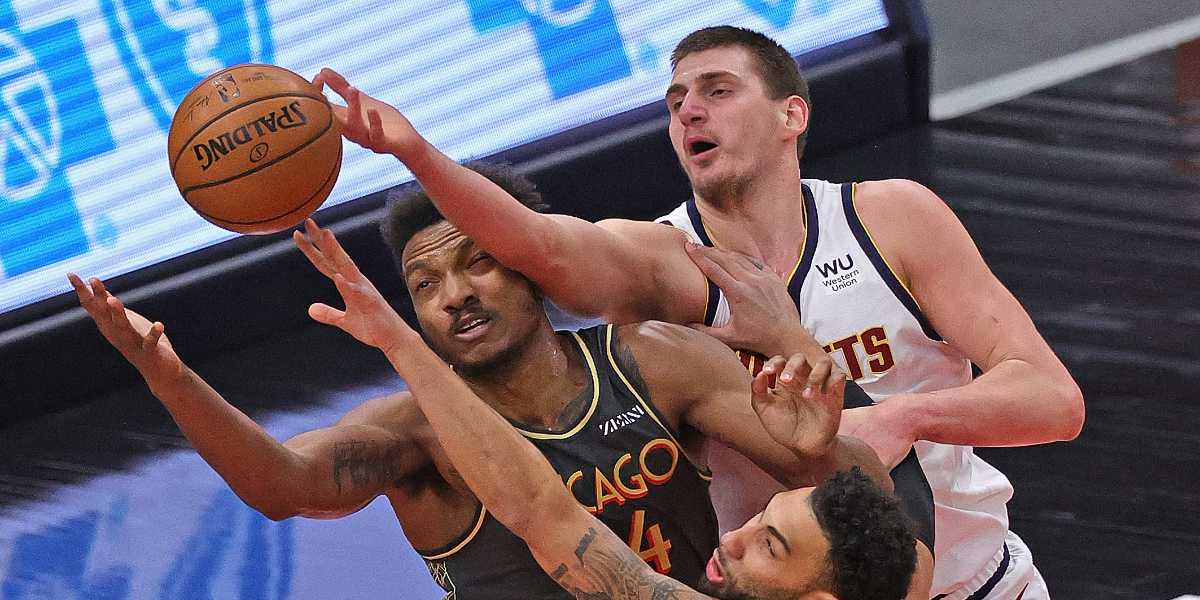 Wendell Carter Jr., like much of the Bulls roster, is far from a finished product. He a 21-year-old big man who has played just 109 NBA games throughout his career, which is only 11 more than second-year guard Coby White.

At the same time, this is the big man’s third season playing basketball at the professional level. While he has undoubtedly demonstrated the sort of versatile two-way talent that made him worthy of the No. 7-overall pick, he hasn’t done it at a level that has convinced anyone he is the long-term answer at the center position. Of course, even that’s only due – in no small part – to his inability to stay on the floor.

In each of his first two seasons in the leagues, Carter Jr. played only 44 and 43 games, respectively, due to various injuries. He then suffered a flukey quad contusion that sidelined him for 11 games this season. Perhaps he returned sooner than expected, and perhaps it wasn’t entire his fault, but when a high upside player is missing that much time, it will have an impact on the pace of his development.

And thus it will prolong the decision-making process for the organization that is trying to determine whether he fits into the future plan.

It’s annoying but true. It’s also why seeing him get blasted with criticism after a poor showing against Nikola Jokic feels a bit unfair.

Jokic is a legitimate MVP candidate through the first half of this season. He is averaging 27.1 points, 11.0 rebounds, and 8.5 assists per game on 56.6 percent shooting from the field and 41.1 percent from downtown.

The big man is easily one of the league’s most offensively gifted players, and he also led his franchise to a Western Conference Finals appearance just one season ago. I can count on one hand the number of players in the NBA who can slow down – not even stop – Jokic, and even those players can be exploited by Jokic on any given night. So when he scored 39 points with 14 rebounds against the Bulls on Monday night, I was not about to hold that entirely against Carter Jr.

In fact, according to NBA.com’s matchup stats, Jokic scored only 20 of his 39 points with Carter Jr. guarding him, shooting 9-15 from the field and 0-3 from downtown. Is that good? No. It still means Carter Jr. couldn’t slow him down. But it also shows that when a player like Jokic goes off, the blame should probably be a bit more balanced, nuanced. But I digress.

What I’m trying to say is that if you want to have problems with Carter Jr.’s potential and the limitations of his proclivity for injuries, go right ahead. Those are legitimate gripes. For the reasons shared at the beginning of this post, I also don’t know if Carter Jr. is the long-term answer at center for Chicago. What I do know, however, is that he is probably owed (1) a bit more time and (2) a level playing field.

Fortunately, I suspect the Bulls will continue to give him both, especially since his competition on the roster isn’t particularly lethal at the moment. The question we should be asking, though, is for how long?

Head coach Billy Donovan chimed in on the Carter Jr. conversation last night, and he sounds just as perplexed as anyone when it comes to determining Carter Jr.’s future.

“Wendell is probably an undersized center. I do think with the way the game has kind of drifted to in the frontcourt, that’s why I thought one of the things that was important for his development is to shoot some 3’s. Is to kind of be a little bit of a playmaker and kind of facilitate our offense a little bit because that then puts him in a position that he can slide into the 4. But if he is just going to be a straight roller and diver, it’s probably really hard for him to play the 4. So, that’s an area he has to get better at. But, yeah, I mean, if you had the luxury to slide him between the 4 and 5 that would be great. But certainly, on some nights it can be challenging for him.”

I think some might take it as Donovan agreeing with the Carter Jr. haters, but I think it is kind of the opposite. If anything, the head coach is expressing that he views Carter Jr. as capable of so much more, and that while the big man might be physically outmatched at times throughout the season, there are ways for him to work around that. The only problem is that Carter Jr. has to learn those ways … which brings us back to the lack of experience and the general need for on-court development.

At the end of the day, you just don’t give up on a 21-year-old with Carter Jr.’s potential, especially not 22 games into a season with a new head coach. The time for deciding on Carter Jr.’s future as the Bulls starting center will come, but that time just isn’t now. We have to let the season play itself out, allow Carter Jr. to (hopefully) stay on the floor, and see if he can learn from his mistakes. Then, we can revisit this conversation.