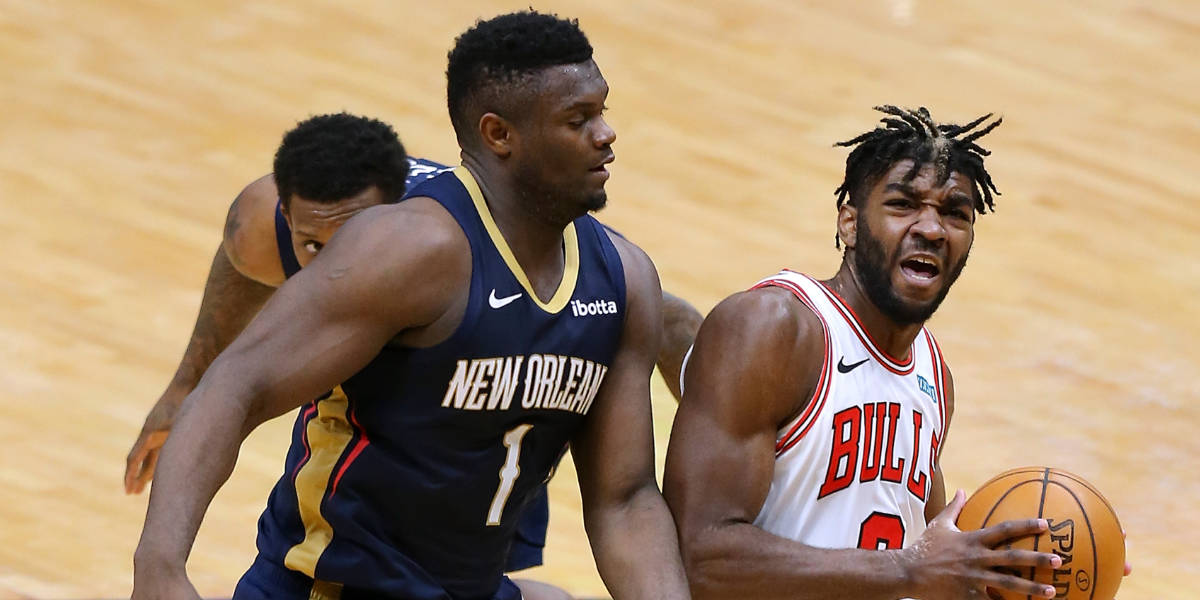 I’ve been sneezing a lot more lately, which can only mean one thing – it’s NBA trade season.

•   Roughly three weeks away from the March 25th deadline, Bulls fans are anxious to see which direction the organization’s new front office is headed. The team capped-off a surprisingly successful first-half with a win over the Pelicans last night to move their record to 16-18, which is just a half-game back from tying the 6th seed. In other words, the team is very much in a position to nail down their first playoff appearance since the 2016-17 season, which certainly could change their focus around the trade deadline.

•   On Thursday, we received our first big Bulls rumor courtesy of Shams Charania. The NBA insider reported that Chicago has expressed interest in acquiring Cleveland Cavaliers big man Andre Drummond. For more on that, and Drummond as a play, make sure to read the post shared below.

•   In general, I think the Bulls were simply pursuing this deal as a potential player swap. Otto Porter’s contract is roughly identical to Drummond’s this season, and with Porter’s health an undeniable question mark, the Bulls might just want a more reliable on-court presence for the remainder of this season. However, that philosophy, alone, could signal that this team is invested in making a playoff push. Drummond isn’t the sort of player that’s going to completely change the trajectory of this Bulls team’s success – if anything, Porter can be considered more valuable when at his peak – but he probably would give the team more confidence in their ability to stay healthy during a grueling second-half schedule. In that sense, I’d be comfortable with a deal. What if the Cavaliers ask for more than that? I’d probably hang up. Cleveland is just not in a position of power. Few teams will be able to easily take on Drummond’s contract – and that’s without mentioning that he isn’t worth much in return right now thanks to his specialized skillset and his expiring contract. For that reason, there is a very real chance the Cavaliers have to end up offering him a buyout in the end. Then, if the Bulls wanted him, they would have to make room by waiving a player on their current roster.

•   One question that popped into my head when I saw this Drummond news is, “are the Bulls having doubts about Wendell Carter?” Since I suspect the Bulls want Drummond as a healthy rental, I’ll say no. The front office has been clear that this is a year of evaluation, and Carter is still a young high-upside player. Adding Drummond would give the team another big body to throw against opponents (needed), but I doubt the coaching staff would let him eat into Carter’s minutes.

•   The Bulls avoided their fourth three-game skid of the season with another impressive performance against the New Orleans Pelicans last night (ignore the 4th quarter). All things considered, it was one of the most well-balanced efforts I’ve seen this squad give all season. Zach LaVine did finish with 36 points, but Coby White added 25, Thaddeus Young added 18, and Patrick Williams added 13. Six players also finished with three or more assists, and the majority of the starting lineup actually outplayed the bench in the plus-minus category! Carter hauled in 15 rebounds and finished with a +22. Garrett Temple did a little bit of everything (8pts, 5 reb, 4ast, 1stl) and finished +20. Zach LaVine finished + 15 with his 8 assists surely helping, and Coby White walked off the floor +7.

•   The rookie especially stood out to me last night with his efficient 6-7 performance and incredibly active defense on the opposite end of the floor. Zion Williamson may have finished with 28 points, but he struggled to find much of a rhythm in the second half. Williams helped hold the beast to just 12 points (5-11 FG) and six free-throw attempts in the second half. He also recorded all three of his blocks in the 4th quarter, and they all came against Williamson. You can see two of them in the footage shared below:

#Bulls rookie Patrick Williams on not being named to the Rising Stars roster: "I didn't even know they were going to name the guys. It doesn't really bother me … That's not why I play the game."

•   I’m in too good of a mood today to talk about the 4th quarter collapse, so here is Garrett Temple being a hell of a role player.

Zach LaVine has extended his career-best streak of 20-point performances to 21 games, the longest of any player in the NBA this season.

•   Reminder: LaVine is going to win the 3-point contest on Sunday.

Zach LaVine on his 3-point shooting contest strategy with money balls this time around: "I'm putting them in the corner … If I put my money balls in the right spot, I have a shot."