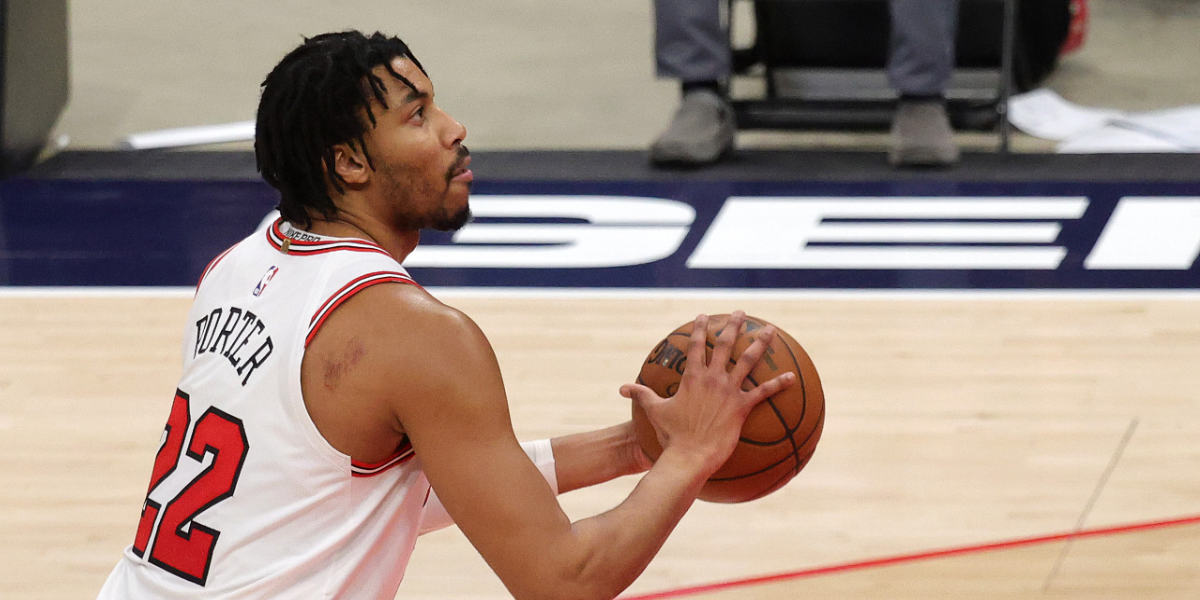 Heading into this season, Otto Porter was going to be one of the most interesting players to follow. Not only had we seen just 29 games from the veteran forward over the last two seasons in Chicago, but his expiring contract made things very interesting.

The question has never really been whether or not Porter can be a serviceable player. He has shown the league his valuable 3-and-D skillset plenty of times in the past, and while his body has not been kind to him as of late, he is still just 27-years-old. And that is why the potential trade interest around him, if he were able to stay on the court, was a common talking point in the offseason.

Alas, here we are. Porter has played just 16 of a possible 34 games this season due to a lingering back issue. He has now been sidelined indefinitely since February 3rd. However, according to The Ringer’s Kevin O’Connor, another injury-riddled season has not removed him from trade talk. Teams are reportedly interested in his services, but whether they can get their hands on him in the trade market or buyout market is the question.

Teams are also eyeing Otto Porter Jr., who’s played only 45 games with the Bulls since being acquired from the Wizards in 2019 because of ongoing back issues. Chicago could just let his contract run out before he hits the market this offseason, but executives believe a buyout could occur. League sources say one team with interest in Porter is the Warriors.

First things first, it is encouraging to hear that multiple teams are monitoring Porter’s situation. This just gives the front office another piece to dangle at the deadline, which is always preferable. At the same time, Porter’s 28.5 million contract this season was never going to be easy to offload, and it has surely gotten that much harder to do with another stint on the injury report. I guess that is why we have finally heard the possibility of a buyout presented.

I think that outcome is more so wishful thinking from rival executives. Everything we have heard recently from head coach Billy Donovan is that Porter is trending in the right direction. Does that mean a return in the first game after the All-Star break? Probably not, but it could mean he sees some action before the deadline.

Still not much clarity on a return timeline — Donovan said Bulls will probably know more exiting the All-Star break. With injury being of lower back variety, Donovan says he’s behind conditioning-wise

If Porter can play a couple of games before March 25th, then that could make the Bulls feel more confident about striking some kind of deal. Like we said, the issue has never been Porter’s play, when healthy this season he has averaged 11.6 points, 6.3 rebounds, and 2.0 assists in 23.3 minutes per game. He has also shot 44.4 percent from the field and 40.0 percent from behind the arc. Porter is still a smart and efficient player who limits mistakes (9.0 TOV% ranks in 85th percentile) when healthy. While the team could save money with a buyout, teams usually don’t let players like that walk if there is a chance at getting any assets in return. Whether they can get assets that help for the future or allow more insurance this season for a possible playoff push is likely the conversation going on behind the scenes.

I’ll be interested to see if anything more comes of this Warriors interest. My guess is that they would be more inclined to look at Porter as a buyout candidate than an actual trade target. Unless they wanted to throw Andrew Wiggins into the equation, which is silly, taking on Porter’s current salary would be awfully difficult.