The Chicago Bulls just struggled to look competitive from beginning to end against a 76ers team without Joel Embiid and Ben Simmons. Did I mention that’s bad?

I know they are coming off an extended break, but so is Philly. And I know they are trying to integrate Lauri Markkanen and Otto Porter back into the rotation, but adding talent should only be a positive. Instead, the Bulls chemistry looked completely out of whack, and they gave a repeatedly lackluster effort to start each quarter. They committed 19 turnovers that led to 24 76ers points, and seven of those turnovers came in the FIRST QUARTER. The Bulls also showed ZERO resistance down low, allowing a ridiculous 78 points in the paint – a season-high.

Philadelphia's 78 points in the paint are the second-most the Bulls have allowed since PITP became officially tracked in 1996-97 (80 by Sacramento on 3/17/19).

Seriously, that game felt way too similar to what we saw in the first two performances this season. Pure confusion. Little chemistry. No confidence. And just straight-up crappy basketball.

The only two semi-positive things about tonight: (1) Lauri Markkanen went 7-7 from 3-point land and (2) horrible performances like these usually weigh heavy in a front office’s mind, especially around the trade deadline.

If this team is serious about fighting for a playoff spot in this second half, then tomorrow better be the polar opposite of what we saw tonight.

The Bulls have dropped to 2-29 against last season's Eastern Conference playoff teams since the start of last season, including 0-14 at home. 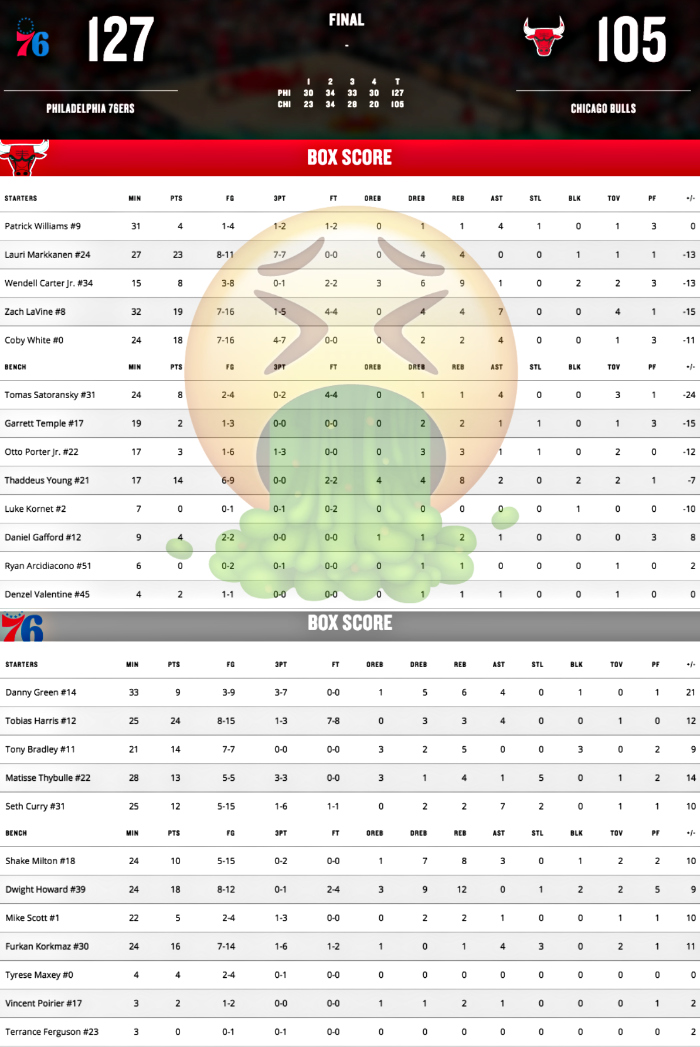