The Chicago Bulls were up 23 points on the verge of winning their third-straight game by double-digits. Then, they realized it.

The Bulls became far too comfortable with their blowout lead, and it led to one of the worst collapses we have seen from this group in quite some time. Everything about the second-half felt Boylenian, as players turned to ISO ball with little to no discipline on either end of the court. Sure, San Antonio shook up their defense and began pressing, but should that one change warrant a complete tumble? Absolutely not. The Bulls simply became complacent, and then when the experienced Spurs got themselves back into the game, everyone was so checked out they might as well have been at home playing 2K.

Honestly, I’m just so sick of this one step forward two step back trend. The Bulls finally looked like they were on a solid track after two dominant victories with a full 48-minutes of play. But, then, they obliterate that feeling with arguably their worst loss of the season. Playoff teams don’t do that. Playoff teams can’t do that.

I’ll, once again, turn back to the point I made when the Bulls depressingly lost to the 76ers last week: This game has to mean something as the deadline looms. I just can’t imagine that Arturas Karnisovas and Marc Eversley can brush off this 23-point collapse as they evaluate where their team stands on March 25th. In which way could a performance like this sway things (buy more/sell more)? I don’t know. But what I do know is that this team still needs change.

Don’t worry, though, the next game is just … *check schedule* … the Nuggets! Cool. 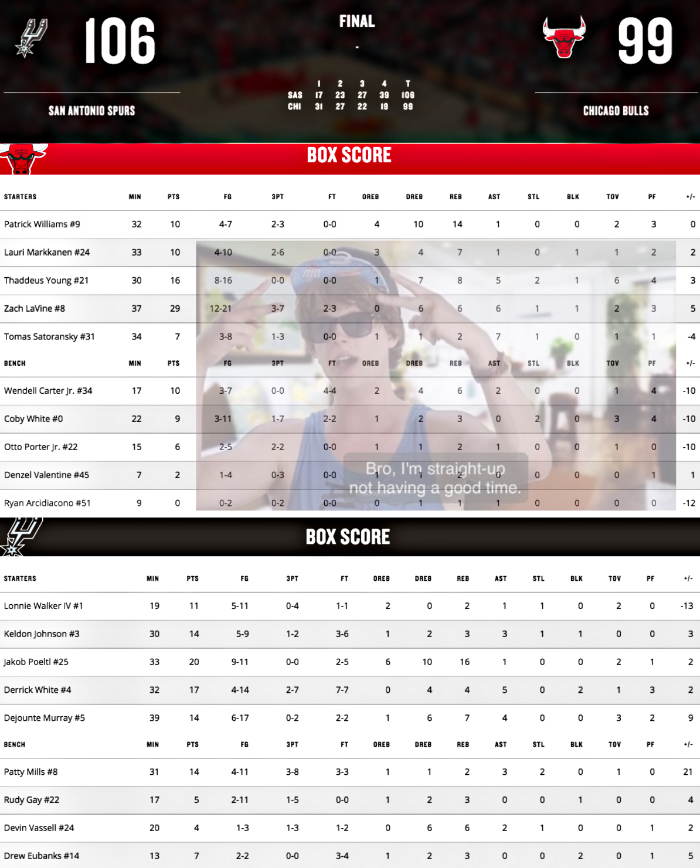