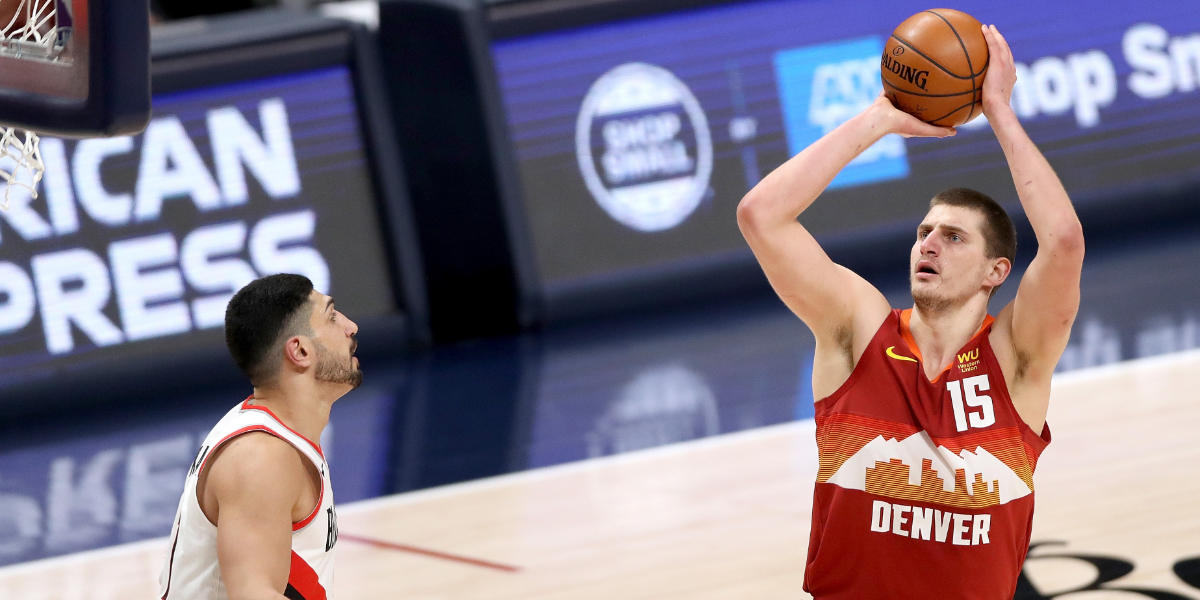 This can’t go worse than the last game, right? RIGHT!?

•   The Bulls were able to keep things surprisingly interesting the first time these two matched up, but Nikola Jokic ultimately got the best of them with a 39-point, 14-rebound performance. The Bulls have added Lauri Markkanen back into the mix and have switched up their starting lineup since that night, but it’s hard to say whether or not that will make a difference. Jokic can do pretty much whatever he wants whenever wants … which is why he is very much alive in the MVP race.

•   Regardless, I’m looking for Markkanen to have an aggressive night. He only recorded 10 shots and scored 10 points in the Bulls’ disastrous loss to the Spurs. There is no doubt if this team wants to walk away with a W, they’ll need more from him on the offensive end. The big man also told reporters earlier today that he wants to play a bigger role on the glass, and considering the Nuggets outrebounded the Bulls 50-44 last time – with Michael Porter Jr. recording 15 of those rebounds – tonight would be a good night to start that.

Patrick Williams said he felt Denver altitude as soon as he got off plane. Said Garrett Temple told him playing in Denver is no joke. Bulls haven’t won there since 2006.

•   Tomas Satoransky has dished out 7 assists in three-straight games. Can he keep the streak going against the 14th-ranked Denver defense?

•   The Nuggets commit the 7th-fewest turnover in the league, and they also record the 9th-most points off turnovers thanks to their 3rd-ranked field goal percentage. In other words, to keep things close against this team, you have to limit your mistakes. The Bulls are normally horrible at that, but they did somehow manage to do it the last time these teams played (won turnover battle 12-10). Do it again … I dare you.

The Bulls “Might Be Willing” to Trade Lauri Markkanen at the Deadlinehttps://t.co/W8Lg4C1YKG

As the Trade Deadline Looms, Where do the Lonzo Ball Rumors Stand?https://t.co/wU3umoXVJW