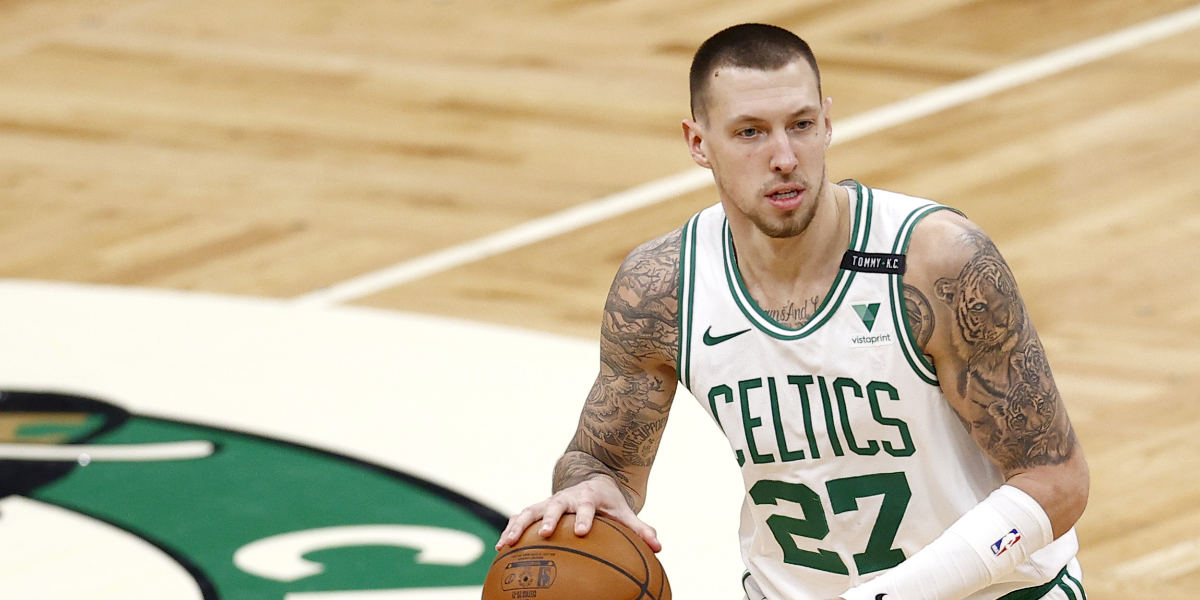 If you were skeptical of the Chicago Bulls new front office, I hope today changed your mind.

After upgrading their bench by trading Daniel Gafford and Chandler Hutchison to the Wizards in exchange for Troy Brown Jr. and Mo Wagner, Arturas Karnisovas and Marc Eversley showed just how savvy they can be. According to ESPN’s Adrian Wojnarowski, the organization has immediately sent Mo Wagner to the Boston Celtics in exchange for 28-year-old big man Daniel Theis.

Now, things are still getting pieced together, but it appears when all the dust settles this will technically go down as a three-team trade for Chicago, Washington, and Boston. And as part of that deal, the Bulls will also end up with Celtics guard Javonte Green.

As I said, this had a lot of moving parts. Official 3-team trade. https://t.co/vV2oczuucg

Green, 27, has flipped in and out of the Celtics rotation this season, and he has struggled to find his footing in his two seasons in the NBA thus far (previously played overseas). Perhaps the Bulls can find a more concrete role for him, but the real story here is the Theis acquisition.

After moving on from Gafford and Wendell Carter Jr. today, the Bulls pretty much depleted their rim-protecting options. Vucevic, while a massive upgrade to the roster, isn’t the most vertical defender, and lining him up against the less physical Lauri Markkanen certainly doesn’t help the cause. Wagner is a high-energy guy and versatile player, but he also wasn’t going to offer the Bulls much of a defensive improvement. So, with that in mind, the Bulls went on to upgrade their upgrade.

Theis is a tad undersized, but he plays a very physical brand of basketball that has made him a pivotal piece of the Celtics rotation over the past couple of seasons. He currently ranks 21st in the NBA in total blocks (43) and is coming off a 2019-20 campaign where he finished with a 105 defensive rating. But what’s arguably best about Theis is that he matches his solid defensive play with a pretty reliable offensive skillset. Like the Bulls new starting big man, Theis can space the floor. The guy shoots 2.3 3-point attempts per game, and he currently sinking them at a serviceable 34.7 percent clip.

Wait, so why would the Celtics even move on from Theis for a less-productive player? Good question. Here is why:

For those wondering Celtics’ motivation to move Theis: https://t.co/O5zadKtLWL

After a series of moves, Boston will remain below the tax ($950K) when factoring in that Jaylen Brown will reach his $1.3M All-Star bonus.

Hey, you do you. We’ll gladly take Theis off your hands!