Despite plenty of rumors, the Chicago Bulls did not walkway from the 2021 NBA Trade Deadline with Lonzo Ball. In fact, they didn’t walk away with a new point guard at all.

Based on the flow of information today, it sounds like Chicago did keep tabs on Ball until the final bell rang this afternoon — indeed, that means even after their blockbuster trade for All-Star Nikola Vucevic. But it seems as though the Pelicans wouldn’t lower their rumored asking price, which always felt a bit high for an upcoming restricted free-agent (especially after giving up two first-rounders in a deal earlier in the day).

But the Ball-to-the-Bulls campaign doesn’t end here. Today marked only the organization’s *first* opportunity to get their hands on the 23-year-old point guard, as they can now turn their attention to his availability as a restricted free agent the offseason.

While the Pelicans will have the option to match any contract thrown Ball’s way because of his status as a restricted free agent, their willingness to negotiate offers at the deadline suggests that they could ultimately let him walk. Of course, there is also the option of a sign-and-trade, which we discussed recently.

Are Bulls and Pelicans “Laying the Groundwork” for a Lonzo Ball Sign-and-Trade This Summer?https://t.co/6GP1UaC6jg

In either case, the Bulls will have competition for Ball, including from teams like the Knicks and Nuggets, who were involved in his market through today. And, indeed, both SNY and the New York Post reported that Ball would have interest playing for the Knicks. And, again, all of this is against the backdrop that the Pelicans can just keep him if they want. It’s important to think about now, but a conversation we can have later on.

So with no new guard in the mix, the Bulls will have to push for the playoffs with Tomas Satoransky and Coby White playing lead guard. I don’t think that’s necessarily the worst outcome when we consider all their other recently added reinforcements, but it is also likely this isn’t the plan heading into next season. I think we should all expect the team to hit the point guard market hard in the offseason.

In any case, with the dust finally settled, let’s take a look at the Bulls possible new 10-man rotation:

The first big question is whether or not Thaddeus Young will remain in the starting lineup, and (for now) I’m actually saying yes … at least for most nights. Markkanen is headed toward restricted free agency this offseason, and we now know the organization dangled him in the trade market. Their opinion on him could still change, but it just appears evident that he isn’t part of their long-term plans, and with the option to get significant assets in return for him off the table, there is no need to “showcase” him with the starters.

More importantly, Markkanen’s fit alongside Vucevic is just, uh, kinda weird. Both guys are big men who space the floor and shoot the deep ball at a high clip. Additionally, neither is a very strong interior defender, so I wouldn’t be shocked to see head coach Billy Donovan opt for the more defensively savvy Young. I also can’t say I’d mind seeing Markkanen and White man the second unit. We have never seen much of a two-man game between those two, but it could be interesting when we consider how hot each can get from the field.

There is no doubt this new rotation will be a work in progress, and I do think Donovan will ultimately cater things heavily to matchup due to the lack of practice time. I expect that should leave the door open for guys like Denzel Valentine and Ryan Arcidiacono to still find playing time, but we should probably look for Daniel Theis and Troy Brown Jr. to increasingly see significant minutes off the bench. Theis is arguably the team’s best interior defender now, and we know how badly the Bulls need help guarding the basket. As for Brown, he may not be having a great season, but he is a legitimately intriguing young prospect (21). He has great positional size that can help guard the perimeter, and he presents a relatively versatile offensive game with a playmaking upside. With part of the goal still to develop young guys, I expect to see Donovan give Brown his fair share of minutes.

Only time will tell exactly what we’ll see as the Bulls push for the playoff, but even if it takes some time to figure out which lineups work best, I do feel better about this team’s ability to win games. That, alone, is exciting.

More Evidence That Zach LaVine Wants to Stay in Chicago 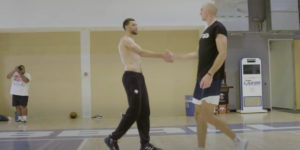 The Clippers New Arena Looks Like It’ll Be Incredible 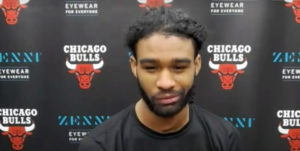 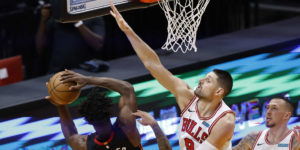 Nikola Vucevic’s Routine, Playoff Expectation, Year 2 of The Paw’s, and Other Bulls Bullets 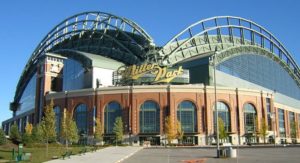 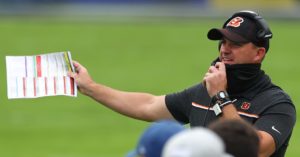 The Bengals’ Cornerback Situation is so Bad, Their Head Coach Took Practice Reps