How About That Trade Deadline? And Other Bulls Bullets Skip to content 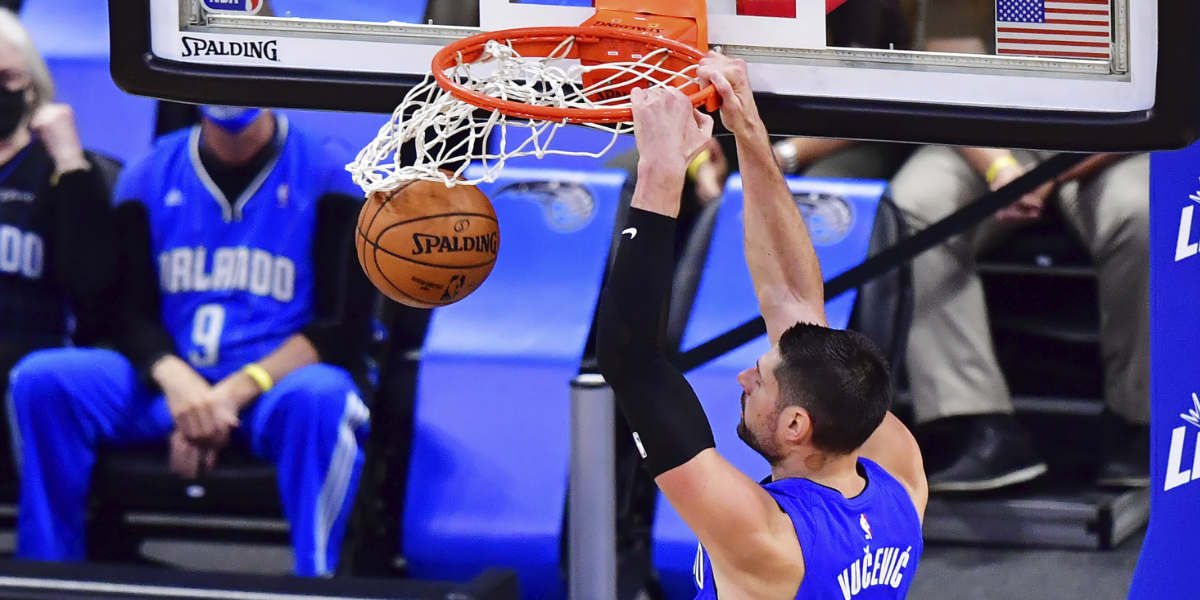 Say it with me y’all: VOOOOOOOCCCCHHHHHH!!!!

Thank you! Excited to be part of the Bulls family! https://t.co/0S94JlDpV6

•   I still can’t exactly wrap my head around what we saw from the Chicago Bulls yesterday. Instead of staying the course or tearing it down, the Bulls took a massive leap forward. The organization went out of their way to grab a second All-Star, one that ranks 3rd among centers in points per game, sits 5th in rebounds per game among all players, and shoots over 40 percent from behind the arc. Nikola Vucevic is hands-down one of the best big men in the NBA, and he now wears red and white. I mean, holy sh*t.

•   We’re just not used to seeing this bold approach from the Bulls … but maybe we should be. Maybe that was the problem. Arturas Karnisovas spoke with reporters last night, and he made one thing clear about this franchise under his watch: The Bulls are serious about winning. No, I don’t think that necessarily means the Bulls have entered full-blow win-now mode. The organization has to know they’re still a couple of pieces away. However, I think that philosophy finally gives us the sense of direction we’ve wanted to see from this new front office. The goal is still to retool, develop young players, and gradually grow, but staying relevant and competitive is not going to be completely sacrificed to make that happen. I’m here for it.

•   Also, this move finally showed the city of Chicago that the Bulls organization is going to act like the major-market team they happen to be (the Bulls also hinted at this when they snagged Billy Donovan). The longer, more-patient approach we expected to see from Karnisovas might have been too largely based on his past GM experience, which took place with the smaller-market Denver Nuggets. The Bulls are the 4th-most valuable franchise in the NBA. The Nuggets are the 19th most valuable franchise in the NBA. I don’t make the rules, but there should be more paths to consistently competitive basketball in Chicago, and Karnisovas appears ready to explore all those paths.

•   I’ve seen a handful of people comment that this was a steep price to pay for Chicago. I’m not about to say they swindled the Magic out of Vucevic, but I’d honestly give this trade an A grade for both parties. For reference, the Bulls gave up Wendell Carter Jr., Otto Porter, and two first-round picks for Vucevic and Al-Farouq Aminu. Carter is still just 21-years-old and has a genuinely intriguing upside, but he is a player who has only regressed this season, and he is also someone that feels more than fair to give up in the pursuit of an All-Star.

•   The real significant part of this trade is obviously the draft compensation. Yes, it’s always pretty risky to give up two first-rounders, especially when you are still not an established contender. However, the Bulls front office did a great job avoiding the worst-case-scenario. The pick in the 2021 draft and 2023 draft are both reported to be top-4 protected, which means the team still has a chance to grab a potential franchise-changing player if everything turns to crap. The flip side of that is what the front office hopes happens, which is they fight their way into the playoffs over the next several seasons and those picks turn out to be outside the lottery (preferably in the 18-30 range). Again, in my opinion, that is a completely justifiable price to pay for a 2x All-Star.

•   Here is the upcoming schedule: Spurs, Warriors, Suns, Jazz, Nets, and Pacers. That stretch looked like a death sentence prior to the deadline. How about now? Tough, but not impossible. The thing I’d encourage folks to keep in mind over the first couple of games, though, is that this is basically a new team. The Bulls added five new players – all of whom are deserving of playing time. All should fit decently well into Donovan’s style of play too, but chemistry is still an under-appreciated part of the game. This team has 29 games to build that and battle for a playoff seed. This is where Donovan’s experienced coaching has to show up big yet again.

•   By the way, no one should be happier than Zach LaVine right now, right? I’d say these moves show a clear dedication to LaVine moving forward. Entering his prime at 26-years-old, the organization wants to keep him in a Bulls uniform and take full advantage of his elite skill set. Tony Gill knows what’s up:

AK who I know for a fact was not high on Zach entering this season, had his mind changed by the growth of LaVine and has made the decision to go all in on him with this trade. The new Bulls regime has made their claim that they will begin with Zach and Vucevic

•   Aw, they all love each other already! Patrick Williams handed his number to the big man.

Patrick Williams is changing his number to 4️⃣4️⃣

Amazingly, the three-team deal between the Bulls, Wizards and Celtics marked the first time the Bulls and Celtics have EVER been partners in a trade.

•   My friends are super excited and talked about it on a podcast, check it out!

•   I also hopped on ESPN 93.5 to break down the trade deadline shenanigans, so feel free to hear me say words if you’re bored of reading them.

Check out my latest #podcast https://t.co/fQ70Fpq55H on #Podbean