That Was a Lot of Bulls Goodbyes Skip to content 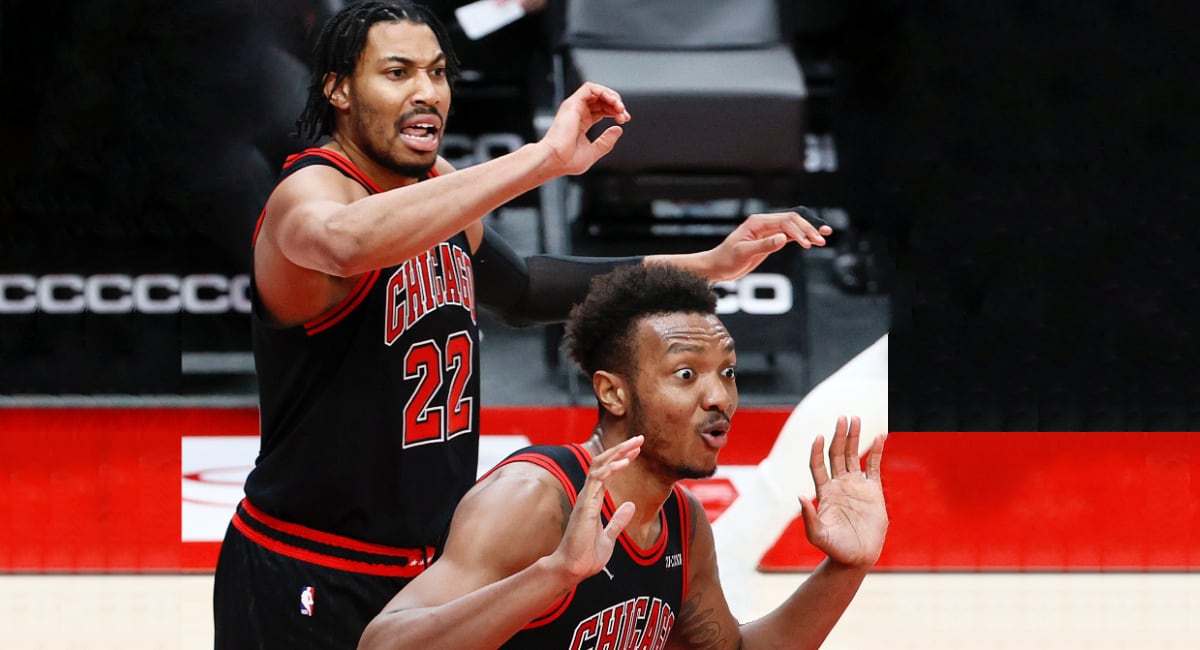 Wendell Carter Jr., Otto Porter, Daniel Gafford, Chandler Hutchison, and Luke Kornet have all seen their Chicago Bulls career come to an end (at least, for now). The collective departure represents a complete re-invention of the team’s roster, a process that unexpectedly started at Thursday’s trade deadline. However, no one can blame the Bulls front office for going this route, and I have to think each player inside the Advocate Center knew anything was possible with new leadership. After all, they had won just 22 games in the season prior, and only two players were directly tied to new leadership (Patrick Williams and Garrett Temple).

In his calm yet focused-tone, Karnisovas briefly thanked all five players for their efforts during his post-trade-deadline media availability last night, and the team’s Twitter account followed suit on Friday.

Thank you for all the hard work you gave our franchise and this city.

Wishing each of y’all nothing but the best. pic.twitter.com/6S0VE7tvbW

Zach LaVine also sent his best wishes their way, telling reporters that he reached out to each after the news broke.

Full LaVine quote:"We all appreciate what those guys brought and sacrifices they made for the Bulls. Trade deadlines, draft night, offseason, that's when you lose teammates and friends. I reached out to each one of those guys and let them know I appreciate them, wished them luck" https://t.co/nE6z7IoFw5

So … where exactly did each player land? We might well quickly go over that.

While the draft compensation was the biggest piece of the Nikola Vucevic trade, Carter was undoubtedly a key piece. In fact, according to Keith Smith, the Boston Celtics were competitive in the pursuit of Vucevic, but the fact they didn’t have a young asset of Carter’s caliber ultimately sank the ship. What that should show Bulls fans is – yes – people still perceive Carter as having a relatively high upside. I know fans were frustrated by his injury trouble and inconsistent play, but he is still a former No. 7-overall pick who is just 21-years-old. He still has a versatile enough skillset that there is reason to believe he could turn him into one of the more reliable modern big men in the league.

With that said, Carter’s ceiling doesn’t necessarily feel as high as it once was. The guy struggled to show the physicality you want to see on a regular basis, and he couldn’t quite find his footing in an offense that appears to be the Bulls long-term plan. Not to mention, the Bulls had a chance at an All-Star, and it would have been silly to risk that for Carter’s “what if” potential.

Now, in a new home with minimal expectations, Carter will have a chance to continue his development and focus on himself. I think Orlando offers him one of the best situations to try to come into his own, and I wish him luck.

Wendell Carter Jr. sends a statement to #Bulls fans from his IG pic.twitter.com/4PeZ9oF3Ap

Porter was not a surprise departure. On an expiring contract, many expected the Bulls to find a way to move him by the deadline. Some would have thought that a contending team would show interest (and they may have), but his $28.5 million was always going to be hard to move on from.

The question now is how long he stays in Orlando. Perhaps the Magic have interest in keeping him around to help show some of their young guys the rope, but my guess is that he will have an interest as a bench role player from contending teams this offseason, and he will go that route.

Anyway, I do feel bad for Porter. The guy never really got a chance to show Bulls fans exactly what he can do thanks to just atrocious injury luck after he arrived a couple of seasons ago.

Gafford became a fan-favorite during his rookie season thanks to his high-flying blocks and highlight-reel dunks. However, it became increasingly difficult to figure out his long-term role in the Bulls new style of play. While he provides a nice burst at times off the bench, he was a liability when starting games in Carter’s absence. He couldn’t quite control his fouling, and he wouldn’t be able to handle the ball really anywhere outside of the restricted area.

Don’t get me wrong, Gafford is an exciting young player who I think will carve himself out a role as a sparkplug big man. He just has a lot to learn, and he can’t stretch the floor in the way the Bulls would hope. Maybe the Wizards can offer him a more defined and consistent role. I’m genuinely excited to see what comes of his career.

Hutchison was the Bulls’ other first-round draft picks in 2018, and he simply never materialized. The interest in him was warranted at the time, but he was also supposed to enter the league far more game-ready than he turned out to be. He played four years in college and looked like an athletic and reliable player who could help haul in rebound and score efficiently in the paint from the get-go. Unfortunately, he suffered a season-ending injury just 44 games into his rookie year, and things just never really got on a steady track after that. There is still a good bench defender and role player in there somewhere, but I don’t blame the Bulls for no longer wanting to find it.

The Bulls took a flier on Kornet last season and the coach that shall not be named compared him to Robert Horry. That’s about all I have to say about that. Kornet’s size and 3-point shot will continue to land him somewhere in the league I’m sure. He seems like a great dude, and I wish him luck.