Old Bulls or new Bulls, you still have to play a full 48 minutes.

Tonight’s game was yet another example of this team’s inability to keep their foot off the accelerator. After a wildly successful first half where the team shot over 60 percent from the field and dished out 22 assists, they showed little resistance on the defensive end and lost their offensive spark. The Golden State Warriors and Stephen Curry took complete control of the game, pushing the lead up to as much as 18 points in the second half and shooting 42.1 percent (Bulls shot 25.0 percent) from downtown on the night.

Zach LaVine, once again, looked like he was feeling the effects of his sprained ankle. The All-Sar scored just 12 points with a 4-16 shooting performance from the field, including a 1-7 showing from downtown. Meanwhile, Lauri Markkanen came off the bench for only the second time in his career, and he actually fared decently well. The restricted-free-agent-to-be scored 13 points on a 3-4 performance from downtown. His issues on the defensive end remain eye-popping, however, but he certainly doesn’t deserve to be singled out for the entire team’s overall poor effort.

I’m trying to refrain from overreacting. I’m definitely pretty upset with this loss, but I have to remember this is only the second game with an aggressively revamped roster. The growing pains are expected and yadda yadda yadda.

At the same time, there does need to be a sense of urgency to get things headed in the right direction. The Bulls are flirting with a seven-game losing streak now that the Suns, Jazz, and Nets are all on the schedule next. That’s just bad news for a team that clearly has playoff aspirations. 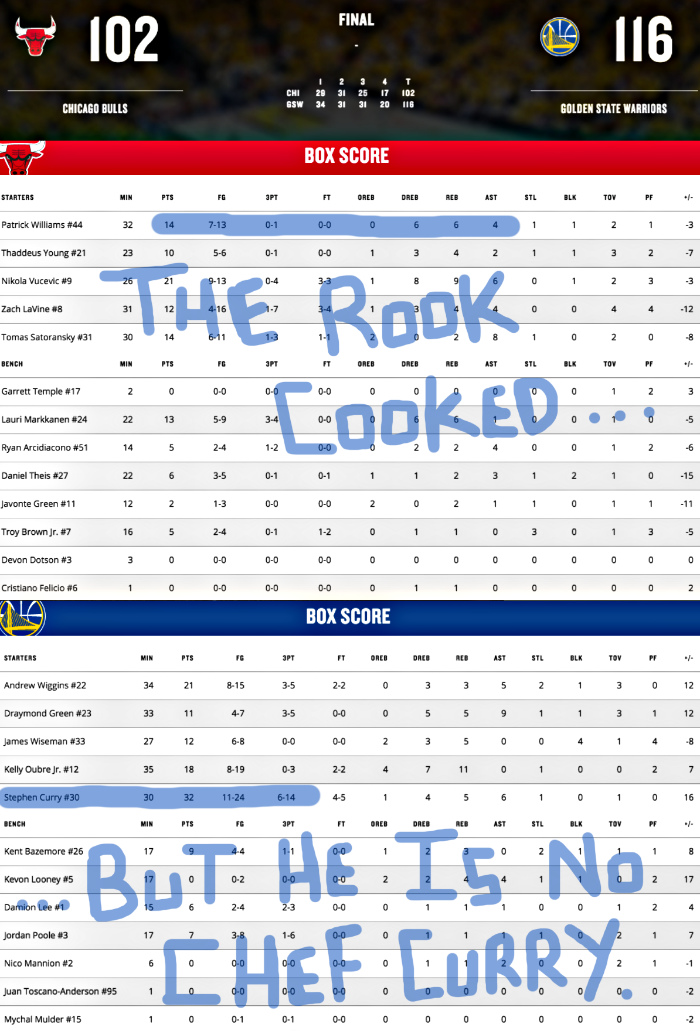