Patrick Williams Made It Clear: "I Just Want to Guard the Best Player Every Night" Skip to content 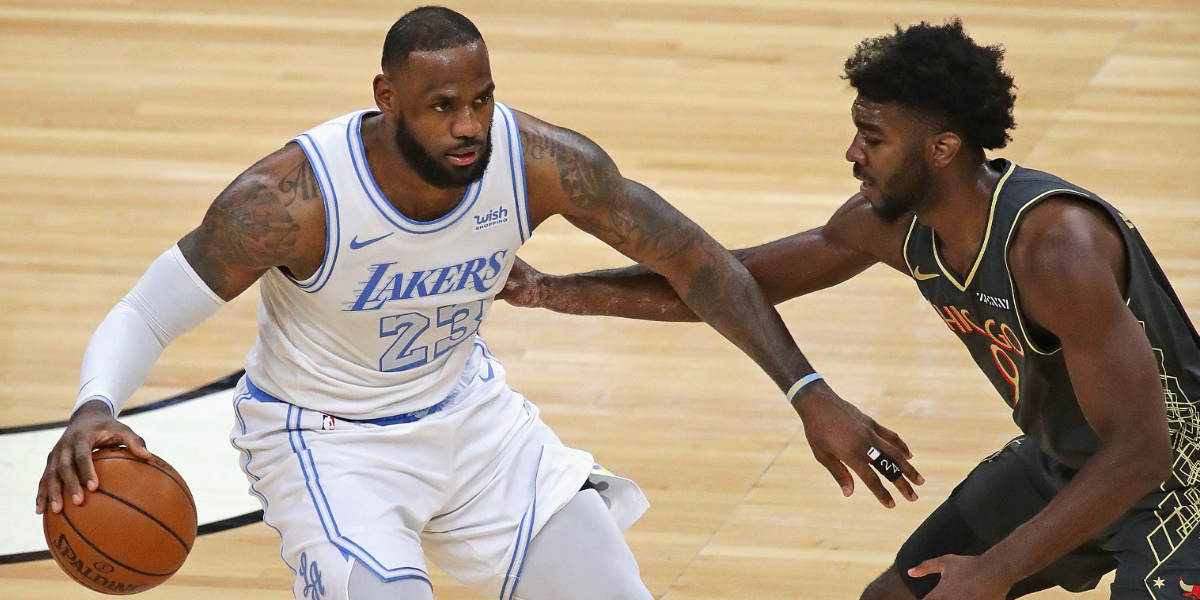 Since the very first game of the season, it felt like we knew the approach head coach Billy Donovan would take with Patrick Williams: Baptism by fire.

Be it guarding LeBron James just 10 games into his rookie career or sinking a dagger 3-pointer with 30 seconds to go against the Pistons, the rookie has been asked to come up big time and time again. As the second-youngest player in the NBA, it doesn’t feel like that kind of responsibility should come easily, especially when we remember the lack of a real offseason. However, Williams has pretty much thrived throughout. He has fit in rather seamlessly to the Bulls gameplan, so much so that even after some mid-season woes and trade deadline movement, Williams has continued to be a mainstay in the starting lineup. Sure, part of that can be attributed to the organization’s obvious dedication to his development, but it’s also not like he has given them a reason to change his role. Players like Wendell Carter Jr., Lauri Markkanen, and Coby White couldn’t say the same.

Williams has been a versatile, yet consistent presence for this starting squad all season. He continues to find ways to impact the game no matter the opponent or outcome, and a big reason for that is defense. The offense is still a work in progress for Williams, though there have been increasingly positive signs that he can become a true scoring threat. The defense, on the other hand, has been as NBA-ready as the Bulls front office had hoped.

Williams has already checked several items off his defensive bingo card like … receiving praise from LeBron James, stealing the ball from Kawhi Leonard, blocking Zion Williams two possessions in a row, and stuffing the absolute crap out of Deandre Ayton. As the games go by, he continues to build quite the Year 1 defensive highlight reel. But I doubt he’d tell you that, especially after last night.

Williams was tasked with guarding Devin Booker on Wednesday night, and the elite scorer dropped 45 points to help the Suns pull off a 121-116 victory. Not all of that fall on Williams’ shoulders, but Williams didn’t see it that way.

“I take responsibilty of that first half. I just wasn’t physical. I let him get comfortable too often. What he have? 45 tonight? Hm. So, yeah, that’s on me.”

All things considered, I don’t think anyone was about to get on William’s case for Booker’s showing. Not only is he one of the best bucket-getters in the league, but Williams still had his fair share of decent plays. Not to mention, he provided the Twitterverse with an epic block. And what did Williams have to say when asked about that viral clip? “It was just as basketball play.” Yeah, an incredibly ridiculously super-duper awesome basketball play, Patrick!

Anyway, it’s clear Williams holds himself to a higher standard. Even if the smaller Booker was an unideal matchup for a six-foot-eight forward, he wants to be able to guard him all the same.

“Like I said, it was definitely a challenge, [but] the guy I want to be, I want to guard guys like that every night. Whether it’s a big or a guard, I just want to guard the best player every night. That’s the kind of guy I want to be in this league. Night in, night out. And I think today was definitely a learning experience. Just watch the film, get better at it, and hopefully, days like this, I don’t have too many more.”

Man, I love this guy.

LIVE: Patrick Williams talks with the media after tonight’s game against the Suns https://t.co/qkKpidxtqz