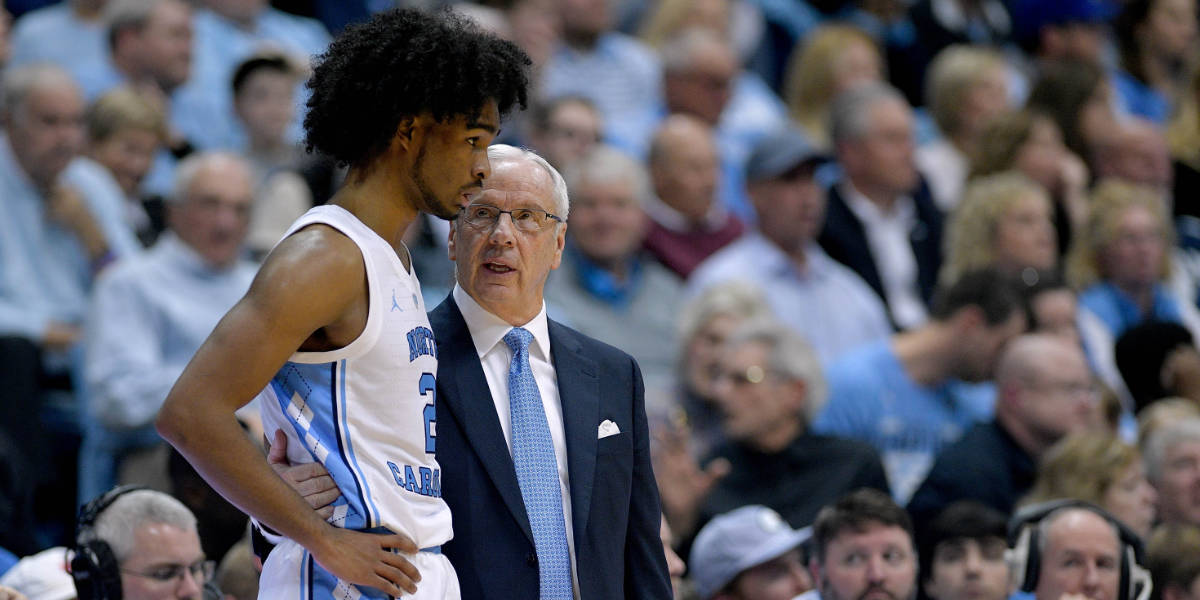 The 70-year-old has etched his name into the basketball history books, leading the Tar Heels to three national titles in his 18 seasons as head coach. He’ll finish his career with an overall 903-264 record (spent 15 seasons as a head coach at Kansas), which puts him 4th all-time in Division I wins.

Arguably more impressive than his win percentage, however, is the impact he’s had on shaping NBA talent. Over his 43 years as a DI coach, he has played a role in the development of players like James Worthy, Kenny Smith, and Paul Pierce. Likewise, Harrison Barnes, Danny Green, and Cameron Johnson help highlight a class of current players who used to play for him at UNC. Is there anyone else I should mention? Eh, nah.

Williams, obviously, also has his own ties to the Chicago Bulls organization. He was assistant coach at UNC from 1978-88, where he helped recruit and develop Michael Jordan (ya know … the GOAT guy). The Bulls have also had both Kirk Hinrich (Kansas) and Coby White join the organization after playing for Williams.

With those connections in mind, I thought we might as well share some fun Bulls-Williams crossover content to celebrate the small role he played in our Bulls happiness.  So …

•   Jordan released a statement congratulating Williams on his retirement earlier today, and he also gave an exclusive interview with the Charlotte Observer.

•   We also can’t forget that Williams had one of the best lines in The Last Dance: “Michael Jordan is the only player that could ever turn it on and off, and he never frickin’ turned it off.”

•   Remember when Coby White dropped a then-career-high (27) with a historic seven 3-pointers in the 4th quarter to beat the New York Knicks? Yeah, well that happened in front of Williams, and the two shared an awesome heartfelt moment afterward.

Roy Williams is retiring after 33 seasons as a head coach.

This moment with Coby White reminds us of the impact he made on his players 🥺 pic.twitter.com/BtdcjbmxeM