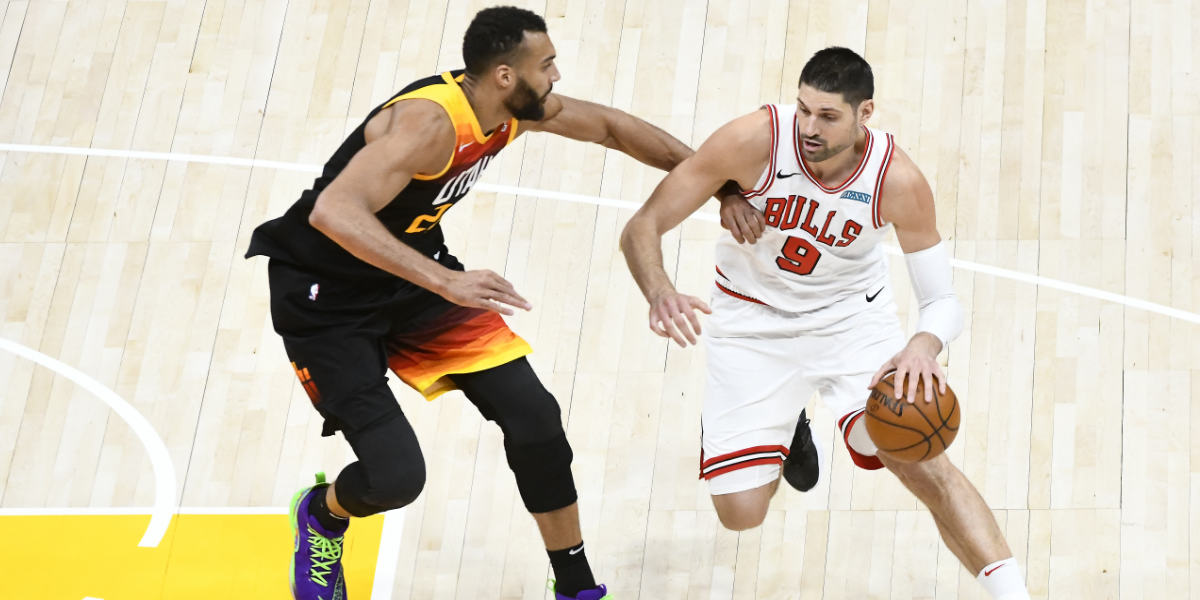 The trailer for the new Space Jame movie is here and it looks weird.

Tunes vs. Goons. Watch LeBron James and Bugs Bunny in the new trailer for Space Jam: A New Legacy. In theaters and streaming on HBO Max* – July 16. #SpaceJamMovie pic.twitter.com/7KOEPJP06i

•   What is this unrealistic crap!? Getting sucked down a golf course hole to battle the Monstars and rescue the Looney Tunes from being an amusement park attraction is way more believable than falling into some weird server to play a bunch of goons that kidnapped your son. Be a better father, LeBron. Don’t let your kid get taken by Don Cheadle in the first place!

•   Here’s what I wrote in last night’s pre-game post: “I’m not feeling great about the Bulls chances to grab a W, but I’ll be semi-happy if they can give a similarly scrappy and focused performance (they won both the turnover and the personal fouls battle on Wednesday night).” Hi. It me. Semi-happy. Two days after playing the West’s second-best team, the Bulls kept things within striking distance against the owners of the best record in the NBA. The Utah Jazz crushed Chicago by 25 points the first time they met, but this time around the Bulls were within three points with 26.7 seconds to go. They won the turnover battle 11-7, and they outscored Utah an impressive 68-40 in the paint. It was another physical and clean game, which is exactly what the Bulls were looking for when they made their trade deadline moves. Sure, it may have still resulted in a loss, but let’s remember only 11 teams have beaten the Jazz all season.

•   I’m probably the most at peace with a six-game losing streak I’ve ever been. I’m annoyed the team’s five new players haven’t seen their first win in a Bulls uniform yet, but I also accept that this team has been dealt a crappy hand. I mean, a massive roster shake-up in the middle of the season will come with its growing pains. Then, add one of the toughest stretches of the second-half schedule and a banged-up Zach LaVine into the equation and … yeah … stacking up some losses isn’t too surprising. Now, with that said, they have to take advantage of the lighter schedule coming up, especially after these improved outings against the Suns and Jazz. This team had problems with playing down to opponents the entire first half of the seasons, and I can’t help but think at least part of the motive to make these recent trades was to gain a greater level of consistency. We need to see the same effort that we saw over the last two games throughout the remainder of the season.

•   Of course, that doesn’t mean the way they played against the Suns and Jazz will take care of all lesser teams. The Bulls still need to make strides in a number of areas, and that includes behind the 3-point line. Chicago was the 10th-best 3-point shooting team in the league during the first half of the season. In just the second half, though, they have dropped all the way down to 27th! There is plenty of time to get that number back up, but they are in quite the concerning shooting slump from behind the arc. In just this six-game losing streak, they have shot a dismal 26.6 percent from long range.

The Bulls losing streak extends to six games. They've shot 26.6% from behind the arc over those six games.

•   While LaVine looked back to his old self from a mobility standpoint, he added to the Bulls shooting woes. He was only 2-8 from downtown and 10-22 from the field. Hopefully, the All-Star can get back into a rhythm on Sunday.

•   Another thing the Bulls need to figure out: Their rotations. Head coach Billy Donovan has a bunch of new pieces to put in place, so I understand the ever-changing lineups we’ve seen over the course of these last four games. However, at some point, I think you can do too much tinkering. With only 25 games left in the regular season, it’s time to let certain lineups get comfortable with one another. I’m not sure now is the time to give a three-big lineup extended minutes or move guys like Troy Brown Jr. or Al-Farouq Aminu in and out of the rotation on a game-by-game basis. I guess I can’t get too upset with the inconsistencies we’ve seen since the Bulls have looked competitive the last two games, but this does feel like something that could ultimately hurt them down the road.

•   Also, why the hell did LaVine and Vooch not re-enter the game until 3:25 was left in the 4th quarter? I know the bench lineup clawed their way back into the game, but this felt like an odd decision from Billy. At some point, it’s just as simple as making sure your best guys are in to close a game, especially when the lead is cut to single-digits. Both LaVine and Vucevic came out pretty hot, going on a 9-3 run after entering the game. Putting both players back in earlier would have given them more time to try to grab the W. I know, hindsight is 20/20, but it even felt a bit odd in the moment that both were sidelined for so long.

•   Anyway, Donovan touched on some of his decision-making in his postgame presser, so give it a watch.

•   This was frustrating as hell, and it goes to show the side effects of a young, chemistry-building team.

After Vucevic hit a 3 to cut #Bulls' deficit to 3 with 26.7 seconds left, Donovan wanted his team to trap. There was never any intention to play it out.

The trap never came, and they burned time before LaVine committed the foul. He wanted an earlier trap and a foul if no steal.

Thad with a season-high 25 points.