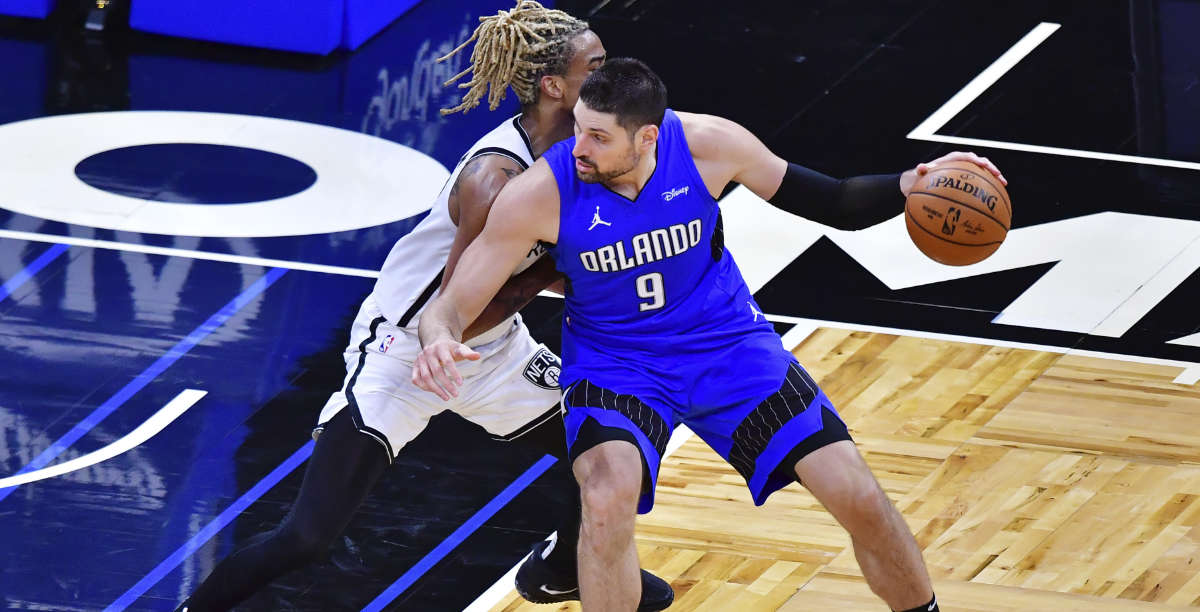 Happy Easter! If anyone finds an egg with a W inside, please give it to the Bulls. Thanks!

•   Bulls fans, we have a new mission: TANK FOR SUGGS!

Screw it. Tank for Suggs. https://t.co/q3snwlM9ir

•   Okay, just kidding, but how freakin’ insane was that shot? The moment that Final Four buzzer-beater dropped through the net, it etched itself into the basketball history books. Suggs’ names will not soon be forgotten, but that also could be because he is in store for one hell of an NBA career. Early draft boards have already had the 19-year-old picked to be a top-5 pick. However, after a moment like that and a tournament run like this, Suggs could be on the cusp of cementing himself as the clear-cut No. 2 pick. As an athletically gifted, defensively-savvy, super quick, wise beyond his years, team-first point guard … Suggs feels like the type of lead guard any team would be lucky to have. More specifically, he feels like the perfect lead guard for a still-growing organization that has two All-Stars with an elite offensive upside.

•   While Suggs has always been on my radar, this tournament has only further shown his ability to lead a team at the next level. Some guys just have that ability to run the show mixed into their blood, and all signs point to Suggs being one of those guys. It’s impossible not to watch him and think his lockdown defense and unselfish offense would pair beautifully in the backcourt alongside Zach LaVine. Not to mention, his quick first step paired with his all-around court vision is enough to make you salivate at the thought of him and Nikola Vucevic working together. Yet, alas, the Bulls chances of actually landing him feel far too slim.

•   Chicago’s front office gave this year’s first-round pick to the Orlando Magic in their pursuit of Vooch. However, Arturas Karnisovas was able to land himself a top-4 protection on that pick, which does leave the door cracked open for a chance at Suggs. The Bulls best chance at cashing in on that protection, though, would be to enter full-blown tank mode. With the lottery odds nowadays a lot less kind and the need to land within the top-4, that does feel pretty damn risky. Perhaps AK can work some of his magic and move the Bulls up the draft board this summer. The guy does seem to enjoy surprises.

•   Back to reality. Chicago will finally end a super-duper annoying stretch today after a matchup with the 34-15 Brooklyn Nets. Next week, things will lighten up considerably, but that doesn’t mean some very important games do not await. The Bulls will play both the Pacers (9th) and Raptors (11th), who sit 2.5 spots ahead and 1.0 spot behind the Bulls in the standings, respectively.

•   Against the Suns and Jazz, the Bulls were surprisingly within one possession with under a minute to go. The defense has looked like it’s trending in the right direction, and the self-inflicted wounds have diminished greatly. Those are encouraging signs against the West’s top two teams, but can they now do it against one of their own conference’s best squads?

•   The Bulls will dodge both James Harden and Kevin Durant this afternoon, which is quite the generous gift from the Easter Bunny.

•   Nikola Vucevic has also looked all kinds of comfortable in his three games against the Nets this season. And considering the Bulls have yet to play this team, his familiarity could help him come up huge once again.

•   The Nets have added some frontcourt help with LaMarcus Aldridge and Blake Griffin, but neither should be a match for the versatile and crafty Vucevic. I’d love to this team run a bulk of their offense through the big man early-on to get him in a groove. Remember, despite the Nets loads of offensive talent, they are still the 25th-ranked defense in the NBA, and they have allowed the 9th-most points in the paint per game (the Bulls score the 7th-most per game).

•   Vooch is one of those guys you appreciate even more watching him on a nightly basis.

•   Happy birthday, Theis! Hopefully, this isn’t your only birthday celebrated in Chicago!