Another Meeting with the Pacers, Give TBJ More Minutes, Coach Valentine, and Other Bulls Bullets Skip to content 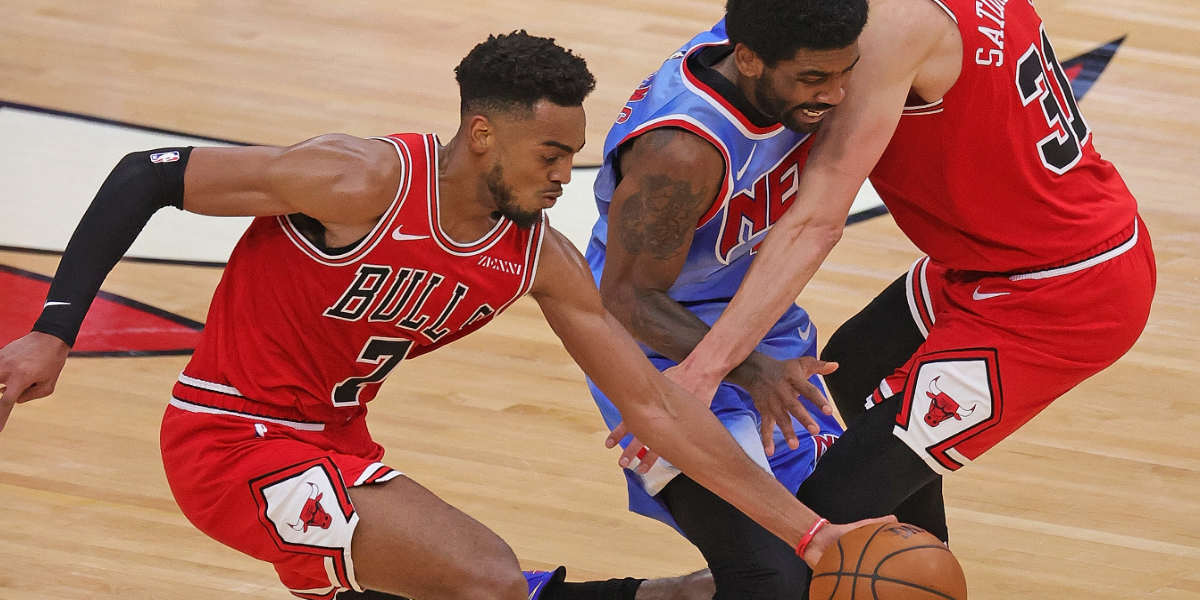 Uhhhhhh … so how about this weather?

•   After a brief stop at the United Center (and win over the Nets), the Chicago Bulls will now embark on another extended road trip (5 games). Things will tip off tonight against the Indiana Pacers, a team the Bulls beat in OT during their previous matchup to tie the season series. However, despite two prior meetings, Each team will have something new to worry about tonight. The Bulls have made significant roster changes since the deadline and the Pacers have recently gotten back bucket-getter Caris LeVert.

•   Both teams have also been dealing with a stretch of recent losses, with the Bulls losing five of their last six and the Pacers losing three of their last four. Indiana only sits 2.0 games ahead of the Bulls for the nine seed in the Eastern Conference, so tonight’s victory is vital for both teams as they try to gain more comfortable ground in this closely fought playoff race. FWIW: Chicago is currently viewed as the favorite, but it’s only by a very slim 1.0 margin, according to the Fanduel Illinois Sportsbook.

•   The Bulls have trended in the right direction over their past three games, and it all came together for arguably their most complete performance of the season on Sunday afternoon. With that said, I’m still a bit concerned about this Pacers frontcourt. While the Bulls have made significant improvements in this area of their lineup, Domantas Sabonis and Myles Turner are talented enough to give most opposing bigs a hard time. Likewise, the Bulls will be without arguably their best interior defender now that Daniel Theis has been ruled out with an excused absence. I trust Nikola Vucevic and Thaddeus Young to do a fine job tonight, but I would have felt way more comfortable about the Bulls chances knowing the more aggressive and physical Theis was available.

•   With Theis out and White expected to return, I’m eager to see what Donovan does with the rotation. I actually wouldn’t mind seeing Al-Farouq Aminu eat some minutes at the four alongside Vooch. He hasn’t appeared in the last four games, which I can understand considering the team (1) has made defensive improvements without him and (2) has several other new acquisitions more in need of minutes, but he does provide solid length and experience guarding the perimeter. Tonight against this Pacers frontcourt, I could see him coming in handy.

•   With White’s return, Donovan has an important decision to make. Valentine has still received his fair share of minutes since the trade deadline, and it has come at Troy Brown Jr.’s expense. I can’t say I’m too surprised since Valentine has been in the system longer and has a knack for hitting the occasional 3-ball and executing the clean pass … but can’t TBJ basically do all of that and give the Bulls a much more athletic and versatile defensive presence? I’d say yes. The 21-year-old guard played awesome D on Kyrie Irving and grabbed 7 rebounds (including one super important offensive board at the end of the game) in his 28 minutes (his most yet as a Bull) against the Nets. It was clear when White was ruled out that TBJ would receive increased playing time, but the guy demonstrated in those minutes that he is worth a better role than being the backup’s backup. He deserves to be a more consistent part of the rotation moving forward, and I hope Donovan makes that happen starting tonight.

•   Speaking of moving forward, we talked about why the Bulls next 10 games could make or break their playoff push on Monday, so check it out.

If it's the playoffs they want, this will arguably be the most important stretch of the season.

•   Here’s some more on what TBJ can bring to the defensive end courtesy of NBC Sports Chicago’s Rob Schafer:

Can Troy Brown Jr. find his NBA niche with the Bulls? His contributions to Sunday's win over the Nets offered the blueprint:https://t.co/MTnlEcNr9m

•   If Denzel is ever looking for a coaching gig, he might have a pretty good connection …

Nate worked closely with Zach LaVine, among others, during his Bulls’ stint. https://t.co/iWavT3iPJa