If Playoffs Are Really the Goal, Last Night Just Can't Happen (And Other Bulls Bullets) Skip to content 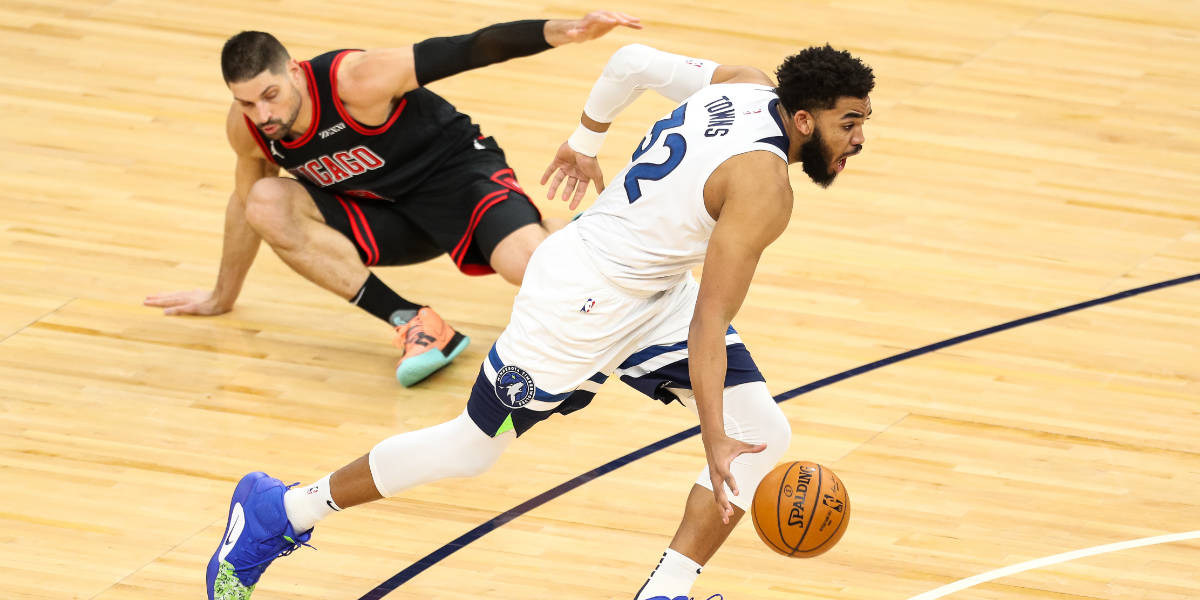 The only thing that is giving me joy this morning while I have to type about these frustrating Chicago Bulls is the Krispy Kreme I have sitting next to me.

•   Let’s check in on the Bulls’ playoff standings vs. their potential draft standings …

Raptors get Lowry back but still lose to Knicks. Even with this bad loss, Bulls stay in 10th by 2 games over Toronto.

But they made trades to move up from 10th.

#Bulls are currently in line to flip the No. 10 overall pick in a strong NBA Draft to the Magic.

In current spot, Bulls have a 13.9% chance, per @tankathon, to land a top-4 pick that they'd keep with protection.

•   Ah. Cool. Awesome. Great. Since trading for Nikola Vucevic, the Bulls sit at a very underwhelming 3-6. Now, I do think we should remember that they made this trade in the midst of a rather tough stretch. Immediate losses to the Spurs, Warriors, Suns, and Jazz were all pretty palatable. The team was trying to figure out its new style of play, and they also had to deal with a banged-up Zach LaVine. Sucked, but I got it. Still, no matter the circumstance, it’s just a fact that 3-6 is a bad look for a team who made deadline moves in hopes of a playoff push, especially when we factor in last night’s loss.

•   Simply put, a team with playoff aspirations can’t lose to the Minnesota Timberwolves. They might have an uncharacteristically strong shooting night from downtown (5th-worst percentage in the league but shot 44%), and they may have been the beneficiary of some inconsistent foul calling, AND they may have some better talent than their record suggests … but they’re still the 13-win (now 14) Minnesota Timberwolves. Good teams find a way to beat them.

•   The Bulls shot the ball fine (51.1 percent from the field), they won the rebounding battle, they dominated points in the paint, and they scored more points off turnovers. What didn’t they do? Defend. It was another game where their point of action defense faltered and their help defense appeared non-existent. Look, a guy like Karl-Anthony Towns is going to get his buckets. Would I have liked to see a little better rim protection from Vooch? Absolutely, but that’s also one of the shortcomings that we have to learn to accept with him. The guy is still an All-Star. The bigger issue for this team is their massive lack of ballstoppers. Whether it be working around screens or just staying in front of above-average ballhandlers, this Bulls backcourt continuously struggles to get the job done.

More Donovan on D: "We have a hard time physically a lot of times controlling the ball—both the guards and the bigs. We just do. There’s no way around it. When we get against really great foot speed or craftiness with the ball, we struggle."

•   So, how do you fix this? Well … practice time is one way … except the Bulls have very little of that thanks to this condensed schedule. Donovan said in postgame media availability that the team did have about 15-20 minutes to walk through some defensive work early Sunday, but I think we can all understand that’s not enough time to really fix anything. Likewise, watching the film is helpful, but that can’t work on its own. Going through the motions at a live speed in scrimmage or practice is the best way to hammer things home, particularly for a group of players that just started playing with each other 18 days ago. And, unfortunately, the Bulls just don’t have that luxury right now.

•   The other way to fix things, of course, is to fix the roster. This is a practice that can only be done during the offseason, but it’s one that we should probably expect to happen in a rather big way. Until then, I’d like to see newbies Daniel Theis and Troy Brown Jr. continue to get the kinds of minutes we saw yesterday. After playing just 12 and 15 minutes, respectively, against the Hawks, Theis saw 29 minutes on the floor and Brown saw 22 minutes. The two combined for 27 points, 4 assists, 4 steals, 14 rebounds, and just one turnover. As two of the team’s better defenders with a serviceable role-playing offensive upside, there is no reason they shouldn’t continue to eat a good chunk of time off the bench moving forward.

LIVE: Zach LaVine after loss to the Timberwolves https://t.co/4Y2R77CWiX

•   At the end of the day, remember, some things are bigger than basketball.

KAT, Karl Sr. and LaVine share a moment after the game 🙏 pic.twitter.com/o3lVmitIzy