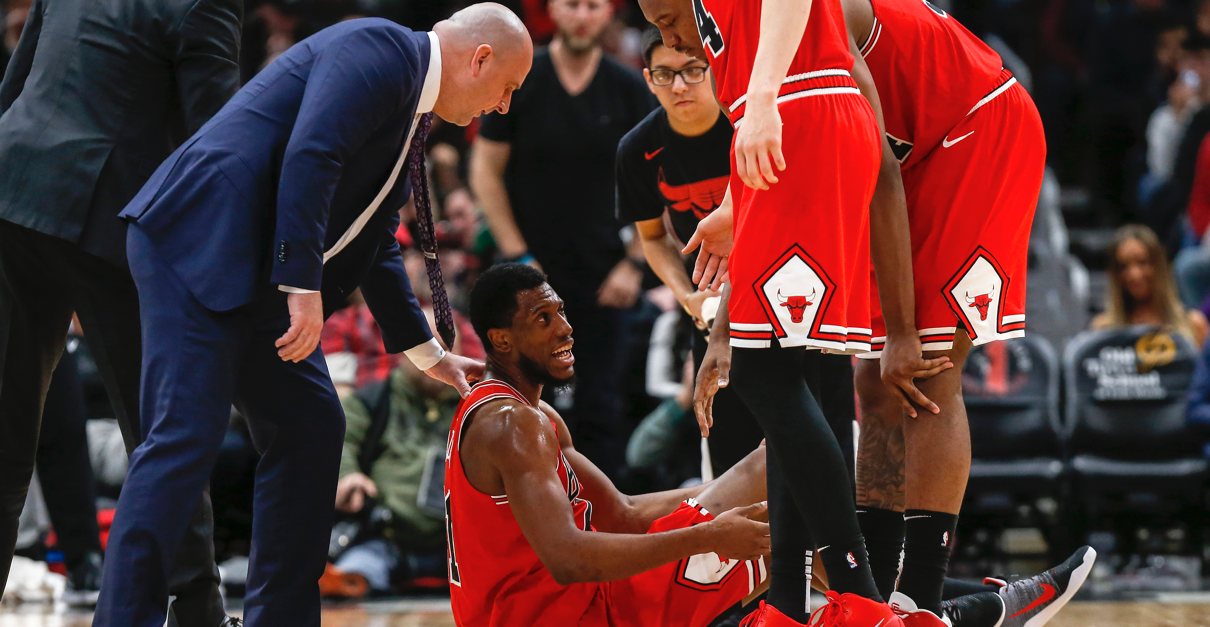 One year removed from a total organizational overhaul, Thaddeus Young has provided us with a lot more insight on exactly how disorganized things were in Chicago last year.

The 14-year vet sat down with NBC Sports Chicago’s Bulls Talk Podcast for one hell of an honest and revealing interview. In fact, according to him, the 2019-20 season was so rough internally that it almost pushed him to retire.

“Last year, was real tough on me. It was real tough on me. I actually thought about last year, ‘Man, after this I’m done.’ Just because it was so bad last year to the point, where, like, I had never really been frustrated and I had gotten so frustrated with just like a lot of the stuff that was going on to the point where it was like ‘Is it even worth it for the team to even deal with it?'”

I think we all knew things were bad behind closed doors, but to know the wheels were so far gone that a 31-year-old pros-pro would consider taking off his shoes altogether is pretty next level. After all, Young was coming from the playoff-caliber Indiana Pacers, where he started 81 games for two straight seasons prior. He was clearly still more than capable of executing at a high level, but the organization’s poor infrastructure started to eat away at his passion.

We must give Young’s wife, Shekinah, a major shoutout. Young says she was the one who helped keep his head screwed on straight during his dysfunctional first season in Chicago. But, don’t get Young wrong, that didn’t stop him from trying to fix things.

Young told hosts Jason Goff and K.C. Johnson that the lack of transparency inside the organization is the biggest change from one year to the next. Things were so bad one season ago, that even when he waltzed into former head coach Jim Boylen’s office to ask if the team was trying to develop or win, he couldn’t get a comfortable answer. And things remained that way throughout the remainder of the season.

Funny enough, Young said he didn’t even care which path the Bulls chose. He would contribute to the best of his ability on either path, but the lack of any kind of clear direction with the front office and coaching staff didn’t allow for him to establish the right approach. I think we can all agree that this also didn’t just impact his experience/play. There is no question this level of miscommunication and lack of focus struck everyone on the roster in a problematic way, especially a group of young players that were trying to still gain their footing in the league.

“I was like, man, you know what hopefully we make some changes. I’m not even saying if we would have made the changes with the coaching situation, if we just made changes as far as how we played as a team. Like, felt like we were being listened to as far as how we need to play and how things need to be structured. Then, I would have been much more happy, because I wouldn’t have felt like we weren’t going into every single game taking a knife into a gun fight.”

If you weren’t sure just how much bad coaching and front office turmoil can directly impact a team’s success, that quote sums it up. The Bulls were literally walking into every game at a steady disadvantage mentally and schematically.

We all know the way the team played made absolutely no sense, and Young touched on that in one of the quotes shared above. The team tried to kill opponents at the 3-point line with an aggressive lack of high-percentage three-point shooters on the roster: “I was hovering around the 3-point line, which is something that I don’t do, and I haven’t done it my whole career,” Young laughed as he told Johnson and Goff.

Honestly, there is so much more I can get into, but I’m going to just encourage you to go listen to the podcast for yourself. I truly can’t remember the last time I’ve heard a player peel back the curtain this extensively about his own organizational experience. Likewise, there is a great few minutes where he touches on the mental gymnastics an athlete must face when thinking about extending a career or retiring to be with family. It’s awesome and insightful stuff.

Listen through the link below: