In what was supposed to be the Chicago Bulls’ (22-32) most winnable stretch of the second half schedule, the team has capped off a four-game losing streak with easily their worst loss of the AKME era. Although considering the circumstances, this might also be worth a spot in the “worst losses of the last several seasons” trophy case.

The Bulls traded two first-round picks and Wendell Carter Jr. to the Orlando Magic to make a playoff push. They added All-Star Nikola Vucevic in an attempt to jump-start a win-soon effort around Zach LaVine. Nine games into this experiment, they lost to the league-worst Minnesota Timberwolves and two games later they lose to the very team they sold a chunk of their future to. I mean, just when you think the Bulls franchise can’t find a new low … here we are.

As upset as I am, I’m not about to go jump off the deep end. I do think this season is pretty much over at this point (in terms of achieving a true playoff series) – perhaps they’ll prove me wrong in an upcoming stretch – but I guess we knew this 2020-21 campaign wasn’t really about all of that anyway. The front office wanted to figure out what they had and make the proper moves to set up a brighter future. While it may not feel like it in the heat of this moment, they did that, and they will continue to do that over these next couple of weeks and into the offseason.

I have to sleep on the rest of my thoughts. We’ll talk more about all of this fun tomorrow (yippie).

(ps: Wendell got his revenge) 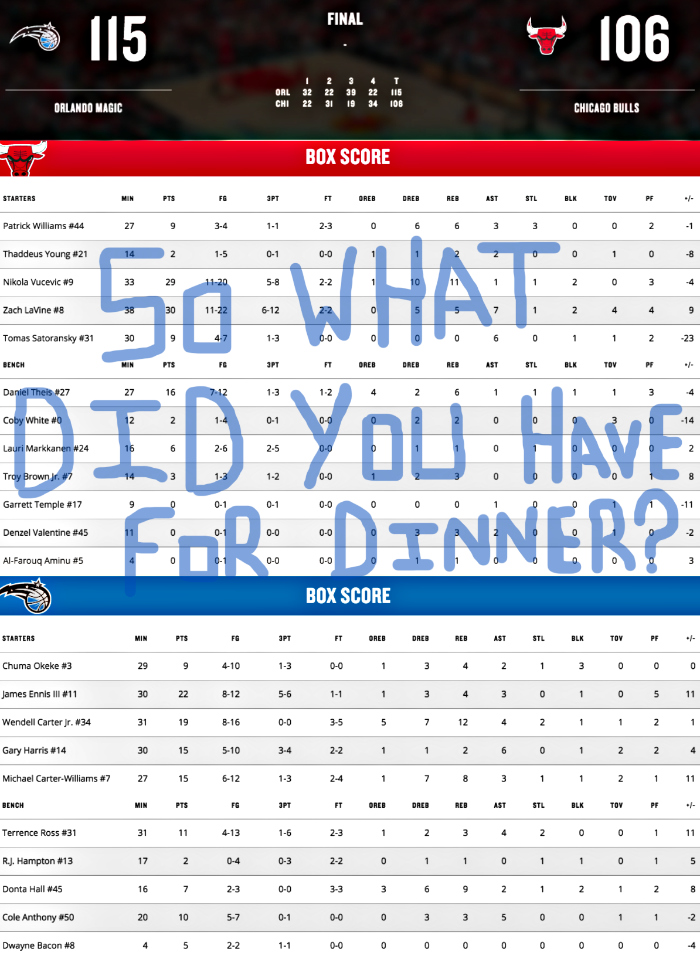