With LaVine Out Indefinitely, Someone From the Supporting Cast Has to Step Into the Spotlight Skip to content 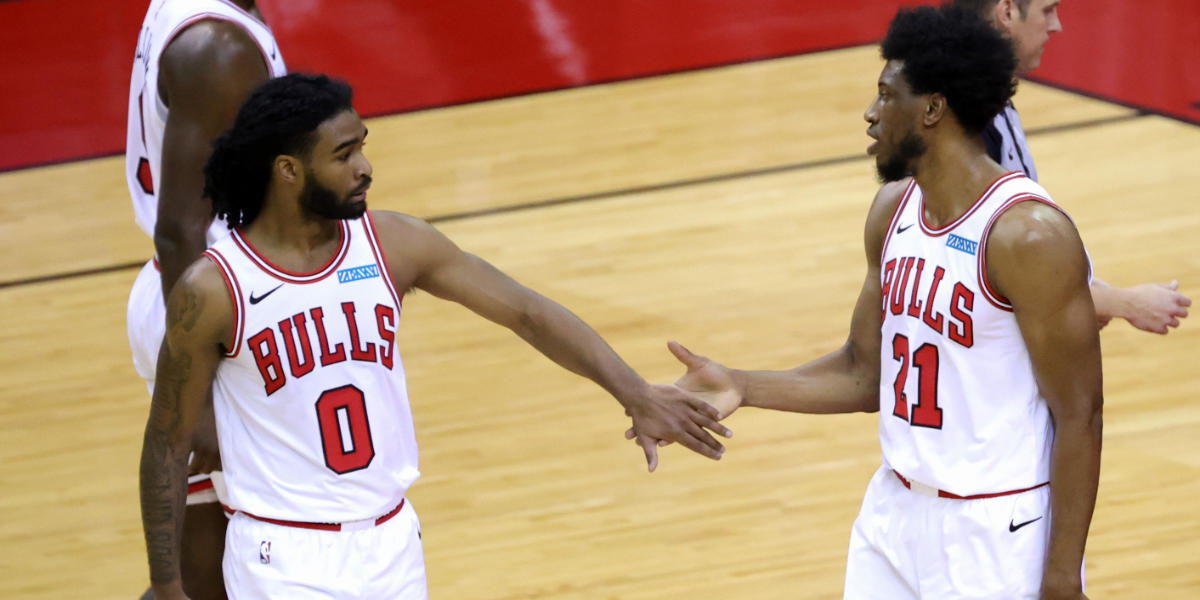 Something – or more like someone – has got to give.

The Chicago Bulls have looked dismal to start the LaVooch Era (can we call it that?), going 3-8 since the trade deadline and ranking 18th in offense and 25th in defense. The new roster has failed to mesh game after game, and while the condensed schedule (which has heavily restricted any practice time) is an understandable excuse, this is still not what anyone expected to see coming out of the gate. Not only should the talent of two All-Star alone be enough to make things a bit more competitive, but their combined presence should have made things easier on the supporting cast.

Everyone from Patrick Williams to Lauri Markkanen to Tomas Satoransky has taken steps back over the last 11 games. Arguably the most useful members of the supporting cast – Thaddeus Young aside – have been new additions Daniel Theis and Troy Brown Jr. All things considered, that shouldn’t be the case. Adding a high-usage player like Nikola Vucevic can come with its adjustment period (I get that), but it probably shouldn’t damage the quality of play from these players as much as it has.

Don’t get me wrong, it’s not like Coby White, Williams, Markkanen or Satoransky had not experienced bumps on the road before the deadline. All were up and down in terms of their production on both ends of the court, and that’s putting it kindly for some of them. But things have only seemed to get worse over the last few games.

White has scored just a combined 8 points over the last two games with two assists. Markkanen is on a four-game single-digit point streak (4.8 ppg), the longest of his career. Satoransky has continued to lack any signs of aggressive offensive play, averaging just 6.2 points per game since his strong 19-point performance against the Brooklyn Nets. Williams gets the most slack for his lackluster play, but offering just 3.8 points per game with 3.0 rebounds as a member of the starting lineup in the last four games simply isn’t enough. After all, this team is trying to win games, right?

The non-All-Star talent on this team has been so unimpactful that opponents have just stopped worrying about them altogether. Former-Bull Wendell Carter Jr. practically admitted as much in his giddy postgame press conference on Wednesday: “We understood that Zach, we understood that Vooch, was going to be a huge part of the offensive end for the team. And as good as an offensive as you can play, they’re going to get their points offensively, but you got to make it all very very tough on them, and I feel like we did that for the full 48.”

While that comment may sound rather obvious, I still think it’s important. Carter is basically outlining the Bulls’ biggest problem, which is if a team can make LaVine and Vucevic miss a couple of shots, they should be in good shape. The recipe for success against the Bulls is really that simple. I mean, remember the Hawks game? LaVine dropped 50 and Vucevic had a 25-point, 10-rebound double-double. The Bulls still lost by double digits.

Now, with LaVine sidelined indefinitely, beating the Bulls feels like it’s even easier. That is, of course, if the supporting cast can’t finally step up. For the Bulls to avoid complete and utter embarrassment over this next stretch, someone is going to have to dive out of the dark, and I have my eyes on Coby White and Lauri Markkanen.

Whether we like it or not, those two make up the Bulls’ best offensive fillers moving forward. Each has the ability to fill the box score when at the top of their game and each has experience playing a much bigger role than they are right now. While I’m not sure if this is the route head coach Billy Donovan will go, I think at least one of these two should find themselves in the starting lineup moving forward. The Bulls just need someone who can fill the offensive hole (even if it’s not all the way). Not to mention, this move could also provide the confidence boost each player appears to desperately need. White would have a shot to remind people why he can be a part of the future, and Markkanen could make one last-second push to raise the price of his next contract.

The supporting cast was able to rise to the occasion in the Bulls’ first game without LaVine this season, losing a very competitive matchup with the Suns 121-116. In other words, we’ve seen Vooch plus the supporting cast play encouraging basketball before, so there is at least some reason to believe it can happen again. For it to be sustained, though, someone has to step up and say “it’s my turn.” Let’s see if that can start tonight against the Grizzlies.