Happy One Year Anniversary to The Last Dance! Skip to content 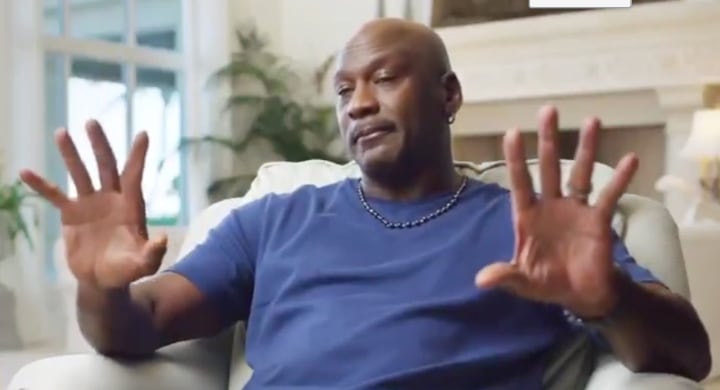 One year ago today, Michael Jordan did what only the GOAT could do: Grab the world’s attention.

In the middle of a terrifying pandemic, the sports world screeched to a halt. Fans were stuck at home with nowhere to go and nothing to do. And I was stuck here at BN Bulls reposting clips of Derrick Rose (not the worst thing in the world) and writing posts about … well … the unknown. Then, the day came.

ESPN released the first episode of The Last Dance – their highly-anticipated 10-part docuseries originally set to hit the airwaves in the summer – on April 19th, 2020. Jordan and the Bulls franchise would go on to be the talk of the mask-filled town for the next five weeks. It was a beautiful distraction in the midst of utter chaos.

On one hand, I can’t believe it’s been 365 days. Considering the lack of eventful moments in many of our lives over the last year or so, the excitement felt for this still feels kind of fresh. On the other hand, we’ve been in this funk for so long that time now feels a bit abstract. So much has also changed inside the Bulls current organization that the frustrations we faced as Bulls fans one year ago might as well have been a decade ago.

Anyway, The Last Dance was a spectacle that will always be worth reliving, so let’s take some time to look back at some of the most iconic moments.

•   Fact: This is one of the best moments in television history.

One year ago today, The Last Dance dropped while we had no sports.

•   Thank you for taking some emotional punches for our entertainment, Scott Burrell.

Lol I love this pic.twitter.com/RzHGzlYfwY

Gary Payton thought he found a way to get to MJ … Mike wasn't sweating the Glove 😂 #TheLastDance pic.twitter.com/Z8NG7qN5hW

One year ago today, #TheLastDance premiered in a world of no sports 🪙 🐐 pic.twitter.com/aAfOxePe3k

One year ago, The Last Dance premiered and gave us memes to last the next decade 🐐 pic.twitter.com/4VGu37CYTs

Dennis Rodman showing how much he understood and studied timing of rebounding was my favorite part. #TheLastDance pic.twitter.com/RuSoBuAT7J

•   SAY IT LOUDER FOR THE PEOPLE IN THE BACK!

–Horace Grant, describing the Pistons walking off after getting swept by the Bulls #TheLastDance pic.twitter.com/OkxK1wzkH4

Kobe was on MJ's radar before the ASG even started #TheLastDancepic.twitter.com/mm8XlShwwI