Fine, I’m kidding (maybe), but tonight’s 102-96 victory over the Boston Celtics is one hell of a W for this shorthanded Bulls team. For the second straight game, the unit held their opponent to 96 points, playing a surprising scrappy and locked-in brand of basketball on the defensive end.

Meanwhile, the supporting cast showed up once again to back up All-Star Nikola Vucevic, who finished the night with a rather dominant 29 points and 9 rebounds (honestly, they probably could’ve gotten him the ball even more). Garrett Temple added a much-needed 13 points with 4 assists and 2 blocks (his first double-digit outing since Feb. 20th), and Coby White had 19 points with 7 assists and just ONE turnover. Even better, White came through in the clutch for the second game in a row, icing things with four huge free throws and six of the team’s last 10 points.

I wasn’t quite sure if the Cavaliers’ win was going to be some kind of fluke, but it appears the Bulls may have actually learned something from that outing. No, I’m not about to completely change my expectations for what this LaVine-less team can accomplish to close out the season, but it does make me feel a bit more optimistic about their ability to play competitively over the next week or so. Run the offense through Vooch, apply exhausting ball pressure even if it doesn’t work every time (Celtics finished with 16 TOVs), and just don’t get in your own damn head. We’ve talked too much about this team’s ability to lack a sense of urgency and fail to understand the moment. Tonight, neither were a problem and maybe (hopefully) that means something has clicked inside the locker room. Hey, better late than never, right? 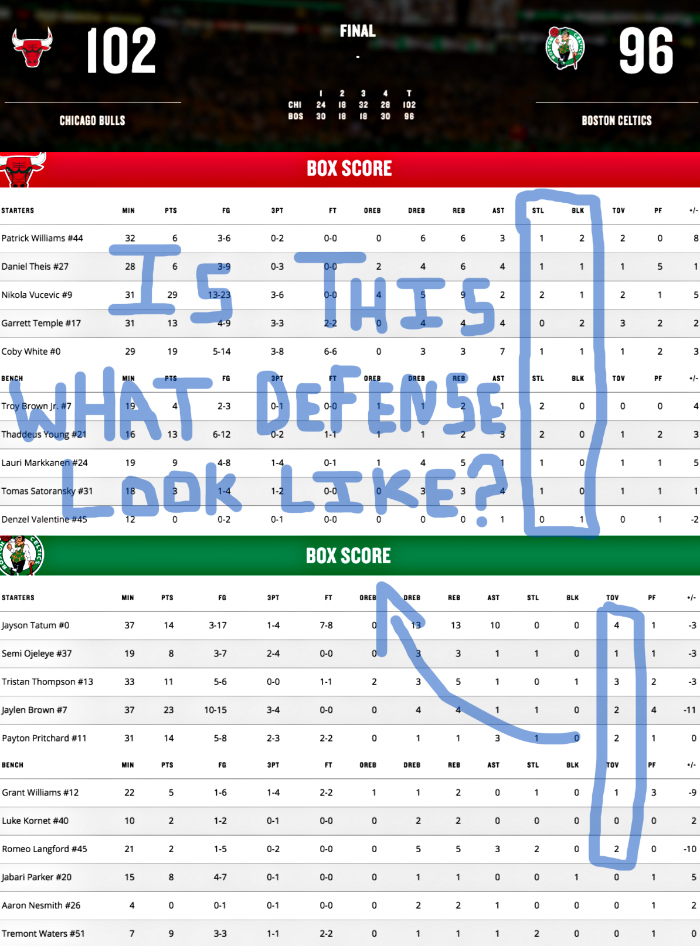