Imagine a bad 1st quarter. Okay, now imagine it gets like 5x worse than that and you might be somewhere close to what the Chicago Bulls (RECORD) did tonight.

When the ball tipped at Rocket Mortgage Fieldhouse, I’m pretty sure an alarm clock rang. The Bulls played like a team that had been woken up second before the game began, starting things off 0-10 from 3-point range and scoring just 12 points in the 1st quarter (YES YOU READ THAT RIGHT). Even worse, they went on to pile up 11 turnovers by the 18-minute mark compared to just nine made field goals (h/t Jeff Mangurten)

That ultra-crappy start went on to define the rest of the game. The team might have put together a nice little run in the 2nd quarter, but they came out of halftime just as cold as they started the night. The Cavaliers went on to extend the lead to as high as 33 … and that was just all she wrote.

Look, I give the Cavs some credit. The defense was menacing and they shot the ball really well (51.1 FG%). At the same time, the Bulls beat this team by double-digits just five days ago. Not to mention, they picked up a W over the Boston Celtics just two nights ago. Like … how the hell do you come out this cold? It feels like they saw themselves regain the 10th seed and then decided to immediately go back into way-too-comfortable mode.

Whatever. I decided after the Magic loss that I wasn’t going to let myself get worked up over the results anymore. Everything from now just is what it is. If the Bulls somehow make the play-in tournament? Great. If they fall out of it? I’ll build a shrine for the ping pong balls. If they don’t make the play-in tournament AND don’t crack a top-4 pick? I’ll take a shit whiskey and build a shrine for Lonzo Ball. 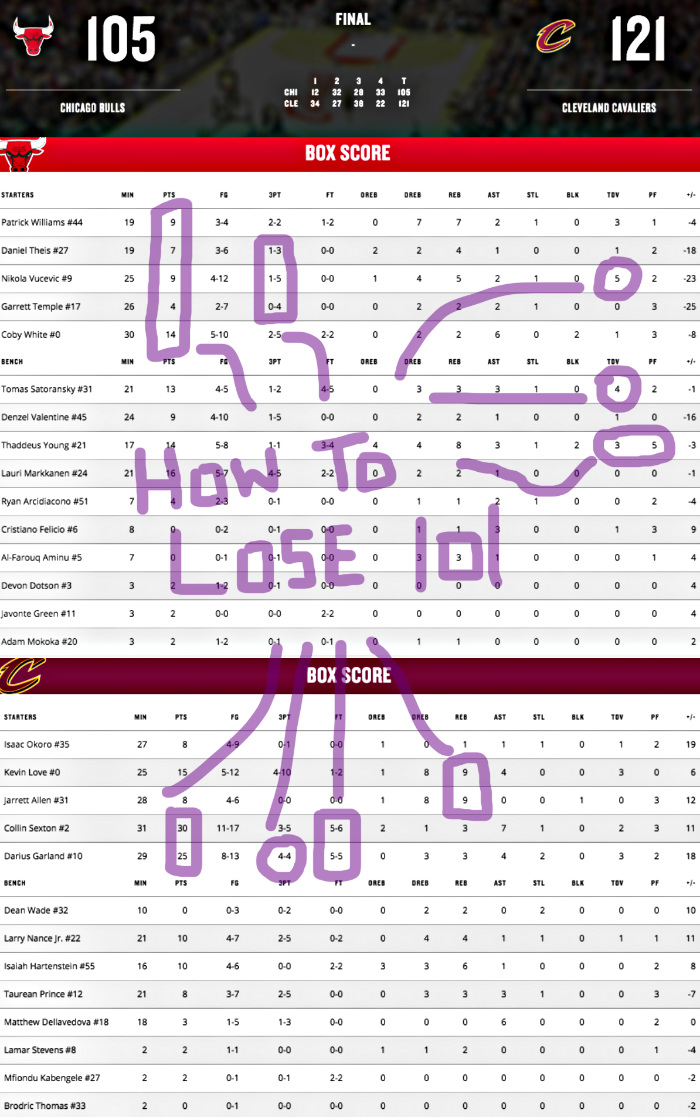