The Bulls, man. The freakin’ Bulls.

After walking into halftime with a 20-point deficit, they came out to outscore the Heat 60-45 in the second half. It was another example of this team failing to recognize the moment from the opening tip. They lacked the level of aggressiveness they needed to against a physical team, and Miami took full advantage of the opportunity and basically won the game in the first half. Simple as that.

The Bulls gave their best effort in the 2nd half, exploding for a 25-7 in large part thanks to the Heat’s 24th-ranked offense coming into play. And while it was fun to see Coby White explode for 31 points and Nikola Vucevic hit some big shots, it never quite felt like the game was the teams for the taking after the way the night started. You just can’t let the other team run all over you like that and expect to win.

Anyway, I’m with some family this weekend, so I’m going to wrap this up. Obviously, we’ll talk more about what happened in this one tomorrow (like Denzel’s 3). Enjoy the weekend! 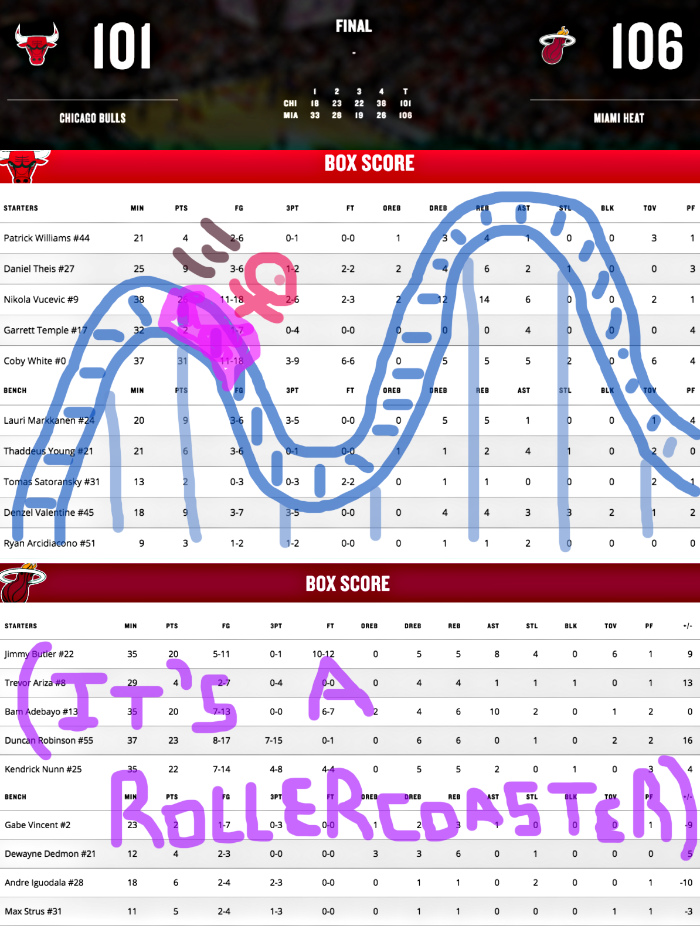