Which Version of the Bulls Will We Get? Knicks Preview, Hello Again, Derrick Rose (And Other Bulls Bullets) Skip to content 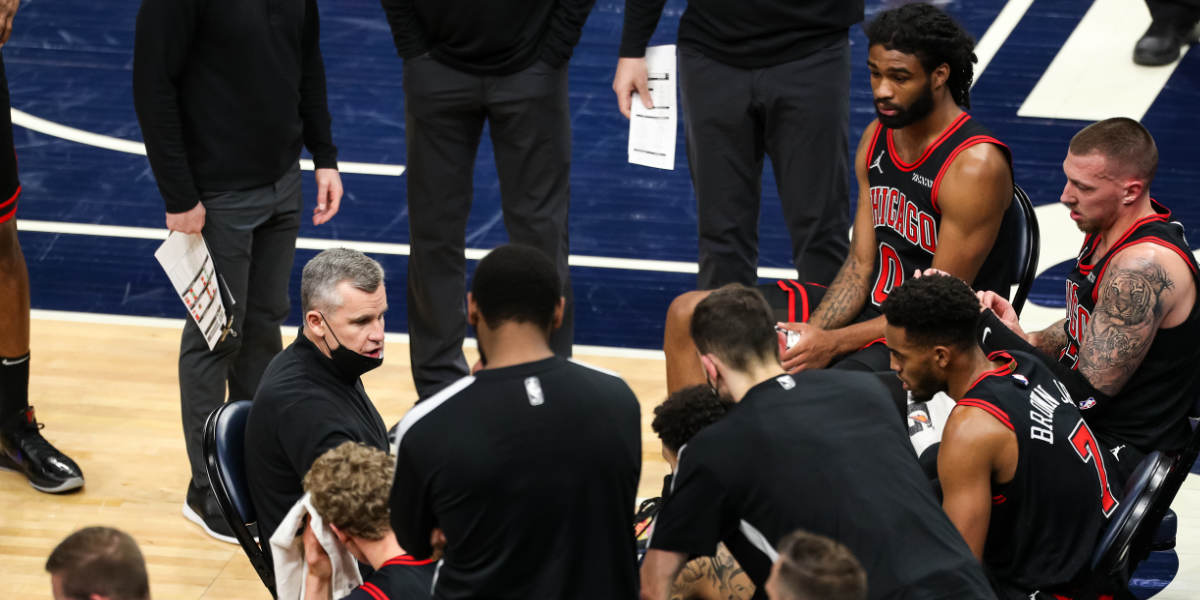 Who is ready for a Bulls-Knicks matchup on national television! It’s just like the good old days!

[Hears something in earpiece] What’s that? They decided not to air it? No one cares about the Bulls still? *sigh*

•   Before suffering an 8-point loss to the Phoenix Suns on Monday night, the New York Knicks had won nine straight games, six of which came by double-digits. They pushed themselves further up the standings and will now head into tonight’s matchup with the Chicago Bulls tied as the East’s 4th-best team with the Atlanta Hawks. Believe it or not, the first time these two met earlier this season, Chicago held their own. They won by eight points in their first meeting behind a 30-point effort from Lauri Markkanen and then lost two nights later by just four points after a dismal 6-36 shooting performance from behind the arc.

•   Beating the Knicks takes physicality and shot-making, which are two things the Bulls brought to the floor on Monday night against the Heat. Unfortunately, that is also exactly what they lacked against the same Miami team a couple of nights before. We never quite know which version of the Bulls we’ll see when the ball is tipped, but every win offers a chance to build momentum, so let’s hope something finally clicked after their strong outing in Miami. After all, this Knicks team will present an even tougher challenge. They play a similarly aggressive brand of basketball as the Heat on the defensive end (*see Thibs*), but they do it even more consistently. New York allows a league-low 104 points per game to their opponent on a – you guessed it – league-low 44.3 opponent field goal percentage.

•   The good news for the Bulls is that they remain one of the more efficient shooting teams in the league. Their 55.1 eFG% percent ranks 8th in the league and high-IQ veteran talent like Nikola Vucevic and Thaddeus Young should know how to help their team hunt high-percentage looks. At the same time, the Bulls aren’t going to win this game with their offense. The team is going to have to earn stops of their own much like they did on Monday, which has become a lot harder against the Knicks as of late. New York may sit just 20th in offensive rating this season, but they have been the 5th-best offense in April. Julius Randle has continued to look like an All-NBA-caliber player with 23.9 points, 10.4 rebounds, and 6.0 assists per game. Meanwhile, second-year guard RJ Barrett has started to come into his own, and he has averaged 20.7 points on 44.1 percent shooting from the field and 42.2 percent shooting from downtown over the last six games.

•   Oh, this one guy name Derrick Rose has also been great as of late. The former-Bull has scored in double-figures off the bench in 12-straight games, averaging 16.5 points on 51.9 percent shooting from the field. And if playing against his old squad wasn’t enough motivation for Rose to have a high-impact game tonight, there is always this …

•   Sorry, that should have come with a trigger warning. But … come on! The Bulls really have to play the Thibs, DRose, and Taj Gibson Knicks at Madison Square Garden on the anniversary of this basketball tragedy! That’s just not fair, people.

•   And if the rest of the Knicks need their motivation …

The Knicks got some help with the Celtics and Hornets losing last night, but NY's next two games could be crucial.

The Knicks host the Bulls tonight then play the Rockets on Sunday.

After that, NY plays at Memphis, at Denver, at Phoenix, and in LA vs. the Clippers and Lakers.

•   Start tonight’s game by feeding Patrick Williams, please and thank you. The Bulls rookie scored in double-figures each of the previous two games he played against the Knicks. He even got his hands on 12 shot attempts in the second meeting, which is a mark he hasn’t reached since March 29th. To this Bulls credit, there did appear to be a concerted effort to get Williams involved from the jump on Monday night. He swung into the post and scored the and-on opportunity for the first basket of the game, and he then went on to take five more shots in the first half. *Kylo Ren More Gif*

#Bulls could really use some fans inside the United Center when they host the Raptors on May 13.

That game is looming with massive play-in game implications.

•   I’m always excited about these. BullsTV does a great job.

💦@AnferneeSimons opens 9/9 FROM DEEP in the @trailblazers win!