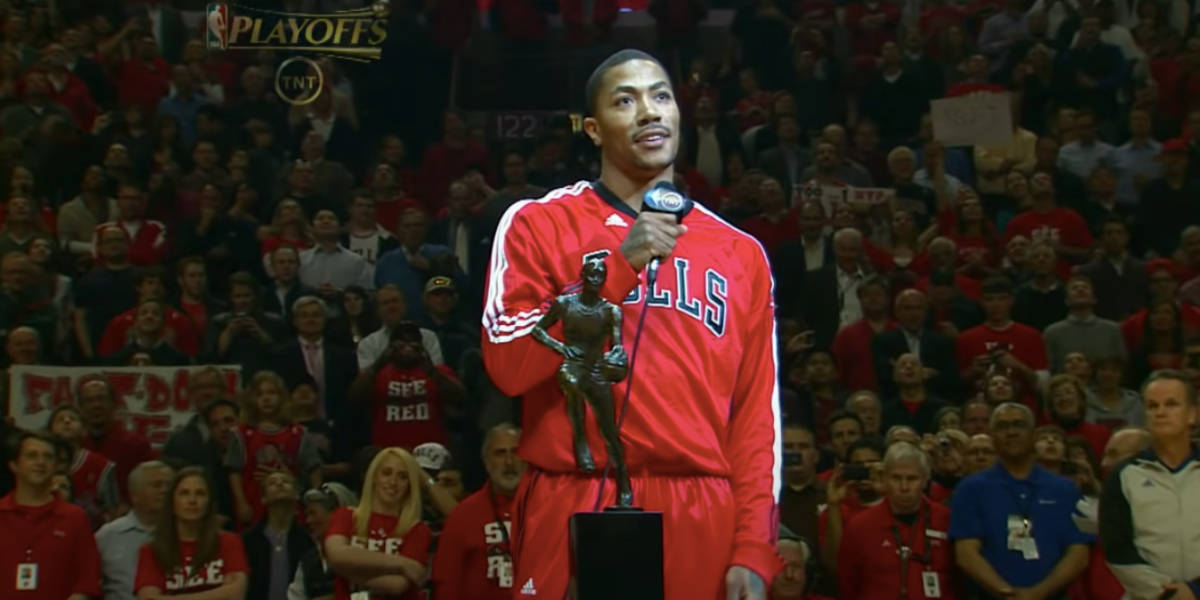 “Why can’t I be the MVP of the league?” Rose said to reporters about a month before his team would embark on a 60-20 season, the franchise’s best since Michael Jordan won his sixth ring. At the time it felt like a bold question from a 23-year-old. One who had only one All-Star appearance and one playoff win under his belt. However, by the time the late David Stern handed Rose the trophy in the middle of a soldout United Center on May 3rd, 2011, we all knew there was nothing bold about it.

The Windy City Assassin hoisted his MVP trophy into the air with the same calm demeanor that radiated from his body 218 days before. For Rose, it was never about impressing anyone, or at least it didn’t feel that way. Instead, it was about holding himself to a higher standard than anyone else (and showing out a little for the city that raised him along the way).

Ten years later, it’s quite the memory. What followed this historic season was not at all what Bulls fans envisioned, but that fact has only made many appreciate the moment that much more. So, with that in mind, let’s take a trip back to that simpler time in the Bulls universe.

On this date in 2011, Derrick Rose was named the youngest #KiaMVP in league history!pic.twitter.com/MmQfOVWruF

•   Go ahead and question it all you want. You’ll still be wrong.

In other words, when Rose went up against the best, he played his best.

Derrick Rose's MVP speech to his mother, Brenda, is one of the most unforgettable moments from my 31 years in the business.
⁰Relive part of that, and the impact of his 2010-11 season, in this video essay for @NBCSChicago:pic.twitter.com/z0Zko3nS81

•   It begins with an epic speech and ends with another.