Zach is Back, Bulls Tickets Are Finally Here, Donovan Expectations vs. Reality, and Other Bulls Bullets Skip to content 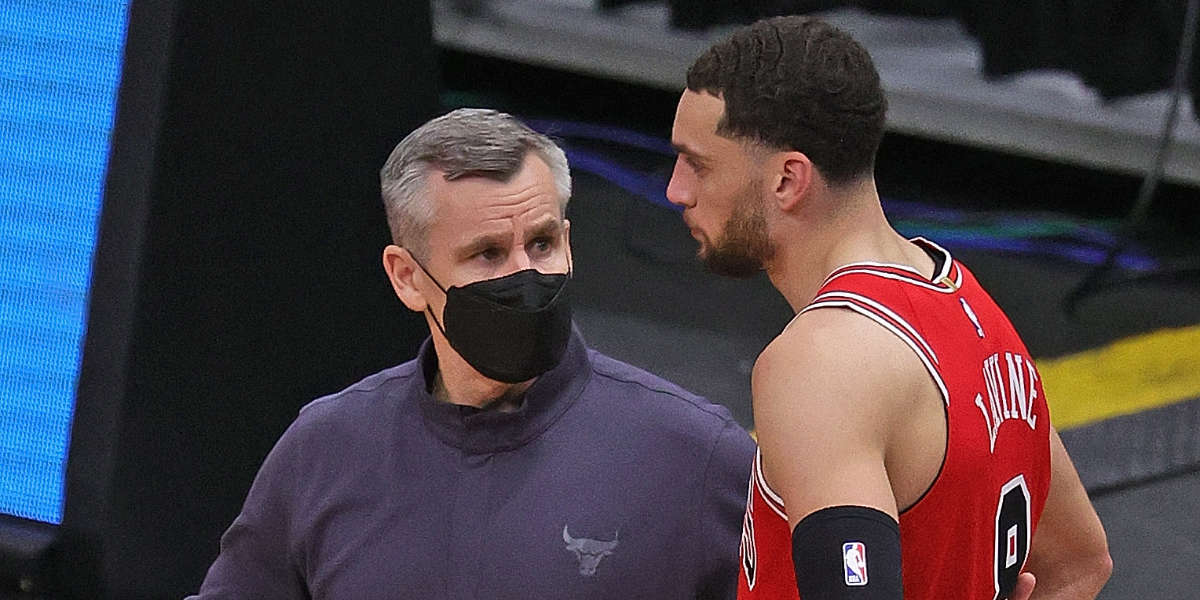 I got plans to head to the car dealership around 3:30 p.m. today, so I think I’ll start to practice my “no-nonsense face” and “complete lack of vulnerability stance” in the mirror at about 1:00 p.m.

•   The Zach is back! Head coach Billy Donovan alluded to the All-Star’s return on Monday night, and The Athletic’s Shams Charania then reported this morning that LaVine is, in fact, expected to play tomorrow against the Charlotte Hornets.

Zach LaVine Is Expected to Return Tomorrow Night Against the Hornetshttps://t.co/ZtIkFes2ab

•   While I’m sure most Bulls fans will be happy to see LaVine back on the floor, the hype around his return isn’t what it once could have been. The Bulls struggled to stay in the play-in race during his 11-game absence, and the 4-game hurdle to tie the Washington Wizards for the 10th seed feels far too high to overcome. Yet still, Bulls basketball with LaVine is better than Bulls basketball without LaVine. Simple as that. The guy has kept this team in game after game this season, and a strong finish to the season could be still hold its value. Not only would it be promising to see LaVine and Vucevic continue to build their chemistry in a competitive environment, but I think those fans who are in the building for the final four home games deserve a chance to see the magically LaVine in action.

•   If you’re interested in being one of those fans, the Bulls released tickets to those games against the Celtics, Nets, Raptors, and Bucks today!

•   Of course, with all that LaVine stuff said, there needs to be some level of caution taken. Sitting on the couch for nearly three weeks can do quite a bit to a player’s conditioing. I’m sure the medical staff would not send LaVine back out on the floor if they felt as if there was any significant risk, but I would still watch his minutes closely over the next seven games. Like I said, his return to the starting lineup is not going to change the Bulls destiny, so if a game gets out of hand, just give the dude some extra rest.

•   Those who have given the tank a place to sleep and a nice warm breakfast might not be happy about Thursday. Not only will LaVine’s return give the Bulls a better chance at a W, but the Hornets injury report could be kind to the Bulls. Starting forward Miles Bridgers entered the NBA’s Health and Safety Protocols yesterday. Meanwhile, four other rotation players missed last night’s game against the Detroit Pistons.

•   For the first time since March 25th and 26th, the Bulls will have TWO days off in a row (Hey Siri, play Celebration by Kool & The Gang)! In other words, today should be the team’s first real opportunity to get a full practice under their belt with all of the recently aquired players. The lack of practice time has undoubtedly played a role in the Bulls recent struggles. How much of a role? Well, that’s a good quesiton. One would think that regardless of pratice time, a combination of Zach LaVine and Nikola Vucevic would fare better than 3-7 over their first 10 games.

•   Speaking of which, NBC Sports Chicago’s K.C. Johnson pinpointed three of the biggest issues for the Bulls since the trade deadline … all of which are somewhat concerning.

•   Hey, at least we know it has been more of a talent and chemistry issue than a coaching issue (er, at least, I hope). I’ll admit that Billy Donovan has not lived fully up to the expectations that I had for him in the preseason. He has to take some of the resposibility for the team missing the play-in tournament, and his inability to figure out a more concrete rotation has been frustrating. At the same time, I still believe he is a perfectly servicable coach moving forward. I think what a season like this has shown us is that the roster construction has been flawed above all else. After that is (hopefully) fixed this offseason, we should be able to make an easier judgement call on Donovan.

•   Meanwhile, there are a handful of other coaches around the league who could be searching for work real soon.

New on @TheAthletic with @sam_amick: https://t.co/UTUhCrHbCJ

•   Jerry Krause had his issues, but he still walked away with six rings. How many do you have, Aaron?

•   LONZO WATCH: Zion Williamson has some high praise for his teammate.