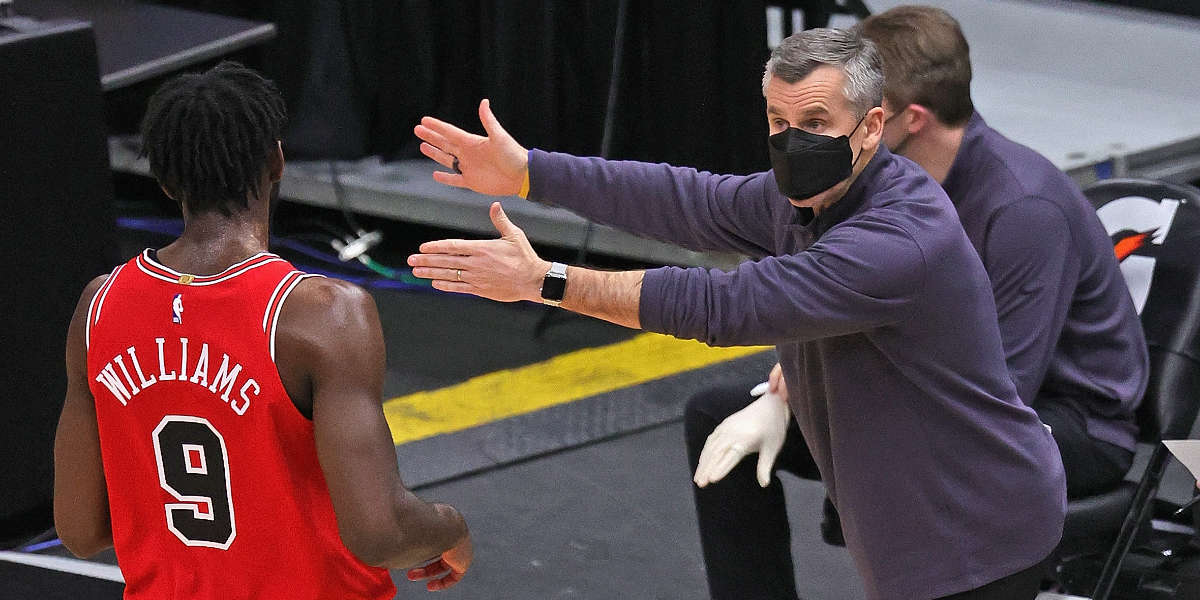 Despite appearing in more games than all but two of the players in front of him, Patrick Williams is 13th in total rookie points scored since the All-Star break. Likewise, his 6.7 field goal attempts per game since March 13th ranks 23rd among members of his draft class. Ugh.

The presence of scorers like Zach LaVine, Nikola Vucevic, and Coby White is naturally going to take away opportunities. No arguments there. Throw in the fact that Williams is the second-youngest player in the NBA, and it’s not shocking that his usage rate sits at an underwhelming 13.5 percent (which ranks in the league’s 33rd percentile, according to Cleaning the Glass). The guy has a lot to learn, and that’s okay. But at the same time, the Bulls have a lot invested in his development. Part of that development has been keeping him as a mainstay in the starting lineup even despite a lack of overall offensive aggressiveness.

And, indeed, a big part of that process is to call him out when he fails to take advantage of the opportunities that present themselves … which is exactly what head coach Billy Donovan plans to do.

“I thought there were some opportunities for Patrick,” Donovan told reporters after the Bulls 114-102 victory over the Toronto Raptors. “I’m going to talk to him tomorrow. I thought there were some shots he should have taken. He had a travel one time and by pass he made that one three in the corner, but he’s going to have to take those shots when they’re there for him. And he’s got to be able to understand that we need him to shoot the ball.”

Donovan and his coaching staff have talked to Williams about this before, and we know that because Williams has basically said as much. So while I don’t think the fact that there will be a conversation is any kind of big deal, I do think the fact that Donovan made a point to say this in the press conference shows us just how eager he is to see Williams welcome a bigger role.

Williams has scored in double-digits only three times in the last month. Even more frustrating, he has taken double-digit shot attempts only once in the last 24 games. Donovan said earlier this season that Williams has “all the freedom in the world to be as aggressive as he possibly wants to be.” Unfortunately, it appears Williams doesn’t want to be all that aggressive, and perhaps we’re about to see the head coach take another step to ensure that changes.

No, I don’t think we’re going to see anything drastically change over these last two games. And, no, I don’t think Donovan or the organization is concerned at all about Williams’ immediate lack of assertiveness. However, I do think this represents the end of playing the “rookie card.” After all, it can only be an excuse for so long. The Bulls will need Williams to be a much bigger part of the game plan next season, and the process of making sure he understands that starts now.

I Just Want Patrick Williams to Get the Ball Morehttps://t.co/3jYTxRMp76