Confidence Is Key, and Coby White Showed Plenty of it with His Ridiculous Poster Dunk Last Night Skip to content 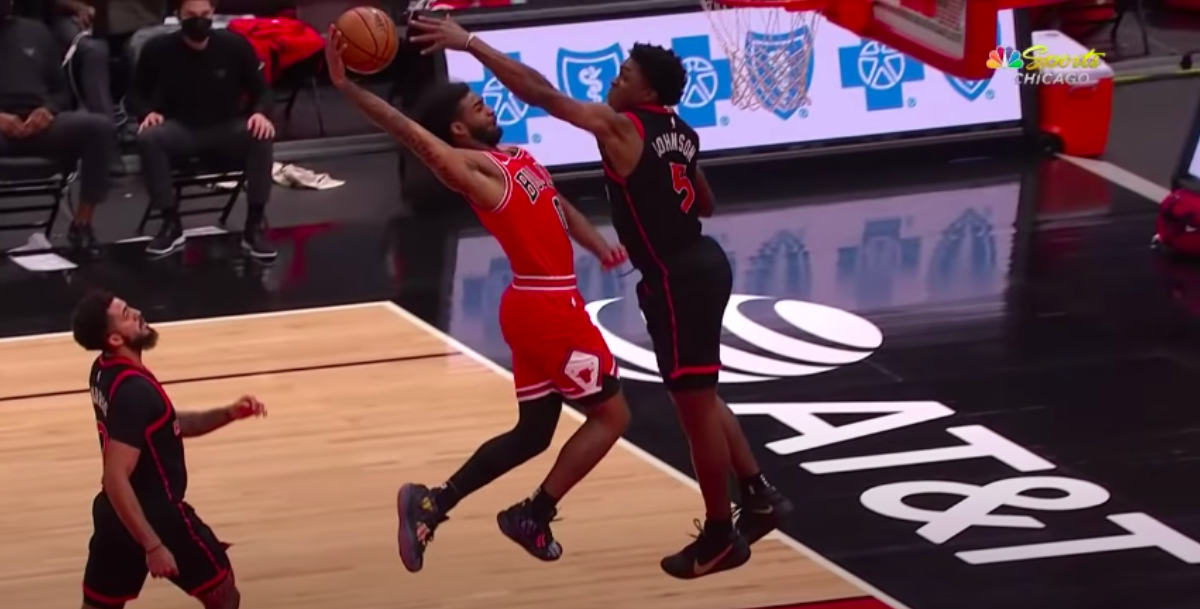 Oh, cool, Coby White is on a fastbreak. I hope he can absorb the contact and finish stro- [spits out drink, jumps off the couch, screams, punches a hole through the wall out of pure adrenaline, screams some more].

COBY WHITE JUST DID THAT.

That basically sums up what happened to me last night in the second quarter of the Bulls’ 114-102 victory over the Toronto Raptors. White whipped out a poster dunk that immediately went viral and caught nearly every Bulls fan by surprise.

He, on the other hand, wasn’t surprised at all.

“I just caught the ball on the fastbreak and Stanely Johnson is an athletic guy, but I tried to see what happens, and I dunked the ball. A lot of people don’t know this, but in high school I used to get up now,” White laughed. “I’m going to try to keep it going for sure, but the strength and conditioning of the Bulls do a good job, and I feel like I’ve gotten more explosive since I’ve been here, so they’ve been a big help.”

White’s not wrong, he was known for the occasional highlight jam back in his high school days (which, by the way, were just four years ago). In fact, this one looks pretty damn similar to what we saw last night.

Coby White in high school with the nasty poster! pic.twitter.com/0Z6z9G53a8

According to Basketball-Reference, White now has seven dunks on the season, which is three more than he had in his rookie campaign. Does that mean anything? No, not really, but it is nice to see him attack the rim on a more aggressive basis. The boldness of his dunk against the Raptors was (arguably) not something we would see from him in 2019-20, and I think that alone helps demonstrates some of the strides he’s made in the confidence department.

What will come of White’s role after this offseason is unclear, but there is no question a player with his natural scoring ability and consistent drive is worth an investment. Also, I don’t know about you, but I really like hearing that shoutout for the strength and conditioning department. To hear he feels as good as he does, and he sees changes in his explosiveness, is undoubtedly a positive sign for his continued development.

You can watch White’s complete postgame press conference below:

LIVE: Coby White after tonight’s win against the Raptors at the United Center https://t.co/VgWA4nkZ03