All things considered, this afternoon couldn’t have gone better.

I know that feels weird to say considering the 105-91 score shown below, but with the Bulls officially ruled out of the playoffs for the 4th-straight season last night, the last thing they need is a victory. The organization went into this game with the 8th-highest lottery odds for a top-4 pick. The number can’t go up, but it could down with the Pelicans and Kings just one game behind them in the league standings.

The Bulls didn’t admit that they were comfortable losing this contest, but the absence of Zach LaVine might as well have suggested it. Head coach Billy Donovan said the All-Star would sit due to knee soreness before the game. Considering we had not heard anything about that prior to the Bulls’ postseason elimination, it’s hard for me to believe it’s anything that would have kept him off the court had the Bulls still been in the playoff race.

The other truly positive thing about this performance was the fact that several key players stepped up in LaVine’s absence. Lauri Markkanen has another strong game shooting 5-10 from the field with 14 points off the bench. Meanwhile, Thaddeus Young added 19 points with 13 rebounds (8 offensive) and 4 assists. Big performances from both players to end the season could increase the potential trade value as we head into the summer. That isn’t to say I expect both players to be dealt (Markkanen’s would be a sign-and-trade), but we also can’t take it off the table with plenty of change surely on the horizon.

Patrick Williams supplied the most important performance, though. The rookie scored a game-high and career-high 24 points along with 5 rebounds and 2 steals. It was the kind of two-way performance fans have been waiting to see over a full 48 minutes this season. If Williams can finish the year with two successful aggressive stints against two high-caliber teams, it could be the confidence boost he needs as he prepares for Year 2. 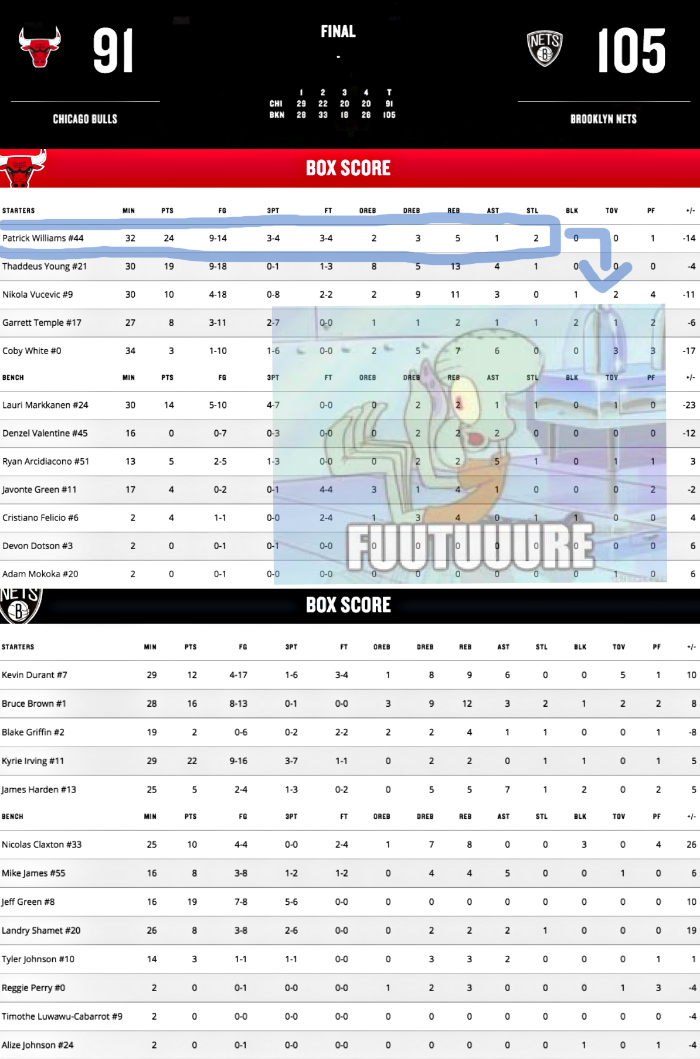