Arena Capacity on the Rise for Playoffs, Knicks Sell Out at 15,000 Fans Skip to content 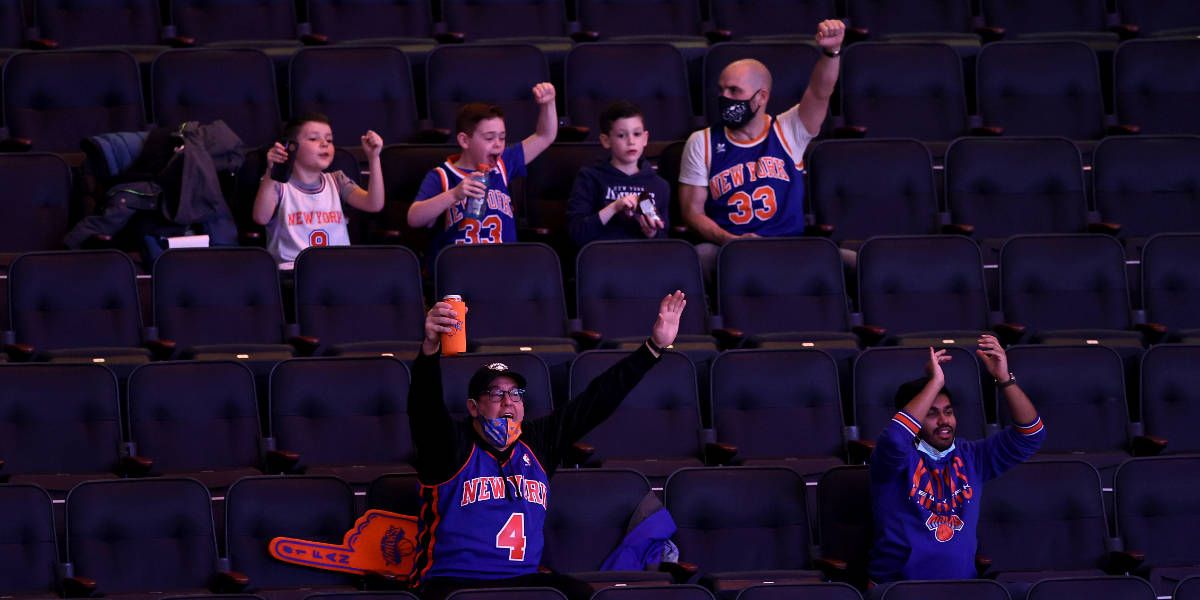 When the playoffs officially tip-off this weekend, it will be the most fans we see at NBA game in quite some time.

With the CDC recently updating their mask guidelines, which basically allows vaccinated people to remove their masks in most settings, cities have allowed NBA franchises to elevate their arena capacity. New York has apparently taken the most liberty with the new regulations, as the Knicks have announced that their first two playoff games against the Atlanta Hawks have sold out at 15,000 tickets.

According to the New York Times’ Marc Stein, that will be the largest crowd we see in the first round of the playoffs.

The Knicks will have the NBA's largest playoff crowds in the first round, based on @NYTSports research.

Five other teams (the Nets, Jazz, Mavericks, Sixers, and Suns) will reportedly have 10,000+ fans in the building, while the Hawks and Bucks will have just under that amount. In total, all 16 playoff teams should have folks people in attendance in varying degrees. Stein also notes that these crowd counts “keep evolving” as franchises look for ways to welcomes more fans.

Who knows if we will see a truly packed house by the time the NBA Finals come around in July, but it’s starting to feel not out of the question. Regardless, I’m just floored we will get to see fans back in the building. There is no question it adds an important element to the broadcast and the game itself. Players feed off that energy.