Derrick Rose Has Still Got It, Markkanen and the Mavs? LaVine's Drought, and Other Bulls Bullets Skip to content 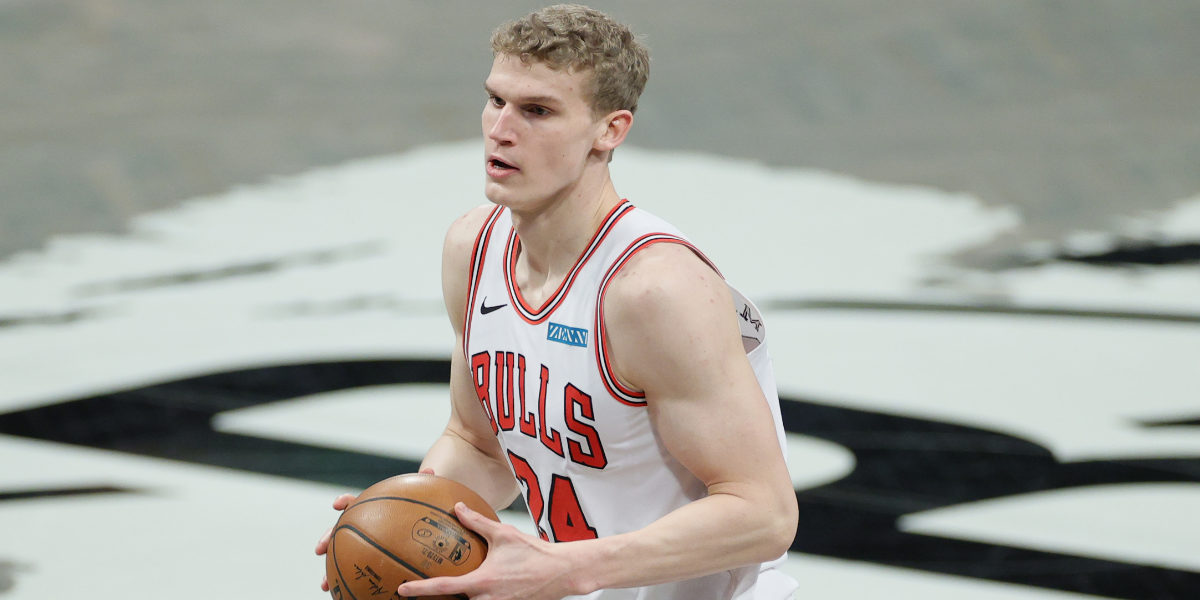 I attended Game 1 between the Bucks and Heat yesterday, and even though I had no skin in the game, the energy inside the building was truly amazing. Of course, everyone was excited to see a rematch of last season’s series, but I think there was just an overwhelming joy to be back together. There was still mask-wearing, and there was still distancing, but it was likely the largest crowd most folks at the Fiserv Forum have been a part of in quite some time. It was a special feeling.

Anyway, fix the Bulls, Arturas Karnisovas. We need the UC packed next summer.

Derrick Rose speaks out on the "vintage" label pic.twitter.com/nYf2O1IV9I

•   The former MVP said it best himself, but I’ve always found this “vintage” label for Rose rather confusing. Not only does it lose value when it’s used by broadcasters and tweeters during almost every single game, but it has just never felt accurate. As Rose said, it’s not like we are watching him fly high for poster dunks or pull off a jaw-dropping reverse layup. Referring to almost any impressive play he makes as “vintage” implies that it’s something he either shouldn’t be able to produce today or something he shouldn’t be able to add to his game.

•   It doesn’t take much to see how different Rose has become. With the Knicks, he is playing arguably his most efficient basketball yet on a 53.1 effective field goal percentage. Likewise, his 3-point shooting may not be at the highest volume (roughly 3.0 attempts per game), but he is converting at a career-high 41.1 percent. In fact, over the last three seasons, Rose has been a 35.3 percent 3-point shooter, which is a skill set the “vintage” Rose never even possessed (shot 29.6 percent from 2009-2018). His game has slowed down. His explosiveness is gone. His role has changed. Rose beats defenders with his basketball IQ and his crafty decision-making. When he posts 27 points in a 2-point loss to the Lakers or 25 points in a 6-point victory over the Clippers, it isn’t because the old Rose is at work, it’s because that is what the current Rose is capable of doing.

•  According to the Chicago Sun-Times’ Joe Cowley, Lauri Markkanen has some idea of who he would like to play for next.

So where might Markkanen end up? The one place he privately wants to land is with the Mavericks, joining guard Luka Doncic and big man Kristaps Porzingis. The Mavericks will have serious cap room this offseason and were in the middle of the pack in three-point shooting, but Markkanen and Porzingis might be too similar in terms of their skills for that to happen.

•   I truly have no idea how much to read into this report. Not only do I think Markkanen is one of MANY players who would love to team up with a superstar like Luka Doncic, but we have no idea how interested the Mavericks are in Markkanen’s services. Also, wasn’t Markkanen the one who said he wanted to be a starter? Or go to a team where he was at least a “focal point?” As the snippet above points out, Prozingis and Markkanen share a lot of similarities, the biggest of which is their traditional position. Prozingis could man center, but pairing him alongside Markkanen in the frontcourt would be combining two players with a similar focus on perimeter shooting offensively and similar all-around issues on the defensive end. Oh, and then there is the fact the Bulls still have the right to match any contract thrown Markkenen’s way.

•   The one thing working in Markkanen’s favor is that the Mavericks are projected to have significant cap space. Considering Markkanen is a 23-year-old high-upside player, there is a chance they make a run at him. But, again, it’s hard to say whether or not he would get the playing time he seems to covet – let alone the payday.

•   Patrick Williams knows what’s up. The Sky will be awesome to follow this season.

Sky are playing in front of a sell-out crowd of 1,257 fans. Bulls Patrick Williams is in attendance. He said he has friends on both teams and wanted to support them. He also said the bubble season was a huge inspiration.

•   When next season tips off, Zach LaVine will officially have the most regular-season games played without a playoff appearance.

•   The good news: If he keeps posting numbers like this (and the front office continues to properly build out the roster this offseason), that streak should come to an end.

•   If anyone has a couple of million lying around, I have a birthday coming up (it’s actually not until February … but you can get a head start).

An all-time record for any Michael Jordan item of any kind. pic.twitter.com/mgoyOhLSca