An Offseason of Change, What Happens with Young? Taj Gets Emotional, LaVine Sells His House, and Other Bulls Bullets Skip to content 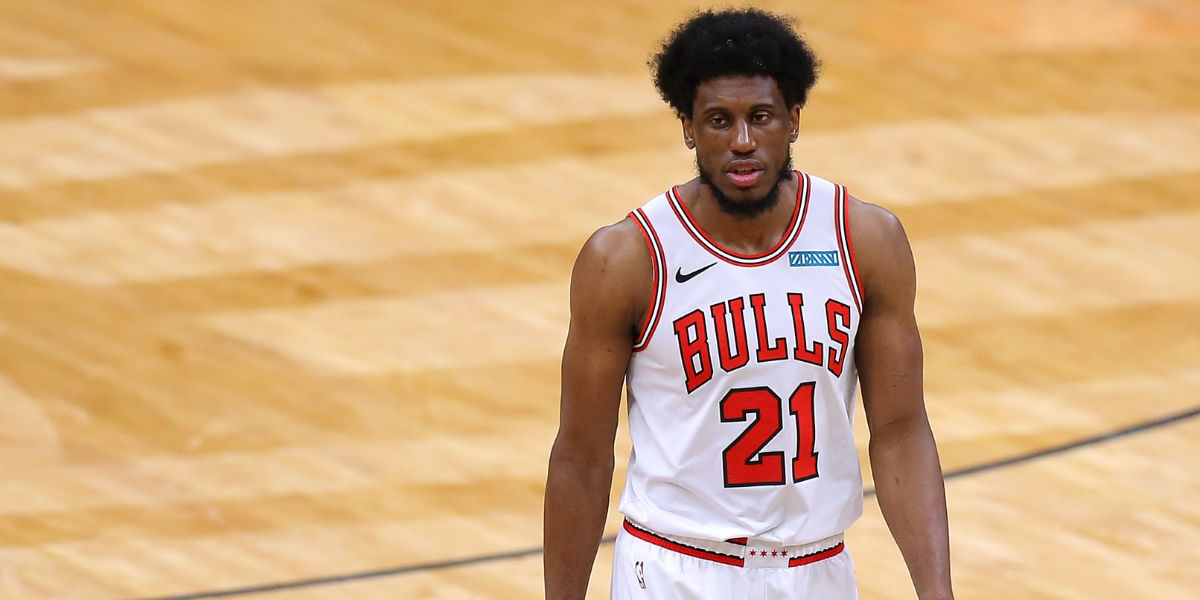 •   Unlike last season where drastic changes were all made internally, this summer will be about fine-tuning the roster. The process began at the trade deadline with the acquisition of Nikola Vucevic and several others. While the move told Bulls fans that Karnisovas is not afraid to take a big swing, it also told Bulls fans that his evaluation process has officially led him to significant roster turnover. When five players depart at the trade deadline (Wendell Carter Jr., Otto Porter, Daniel Gafford, Chandler Hutchison, and Luke Kornet), it is only the beginning.

•   Okay, but who stays and who goes? NBC Sports Chicago’s K.C. Johnson tried to answer that question.

Artūras Karnišovas said it himself: “We’ll have a ton of roster spots.”

This off-season promises change. But who’s back and who’s not?

Bulls off-season 2021: Predicting which players stay and which go for @NBCSChicago:https://t.co/EfEN9y3xuC

•   Johnson lists Thaddeus Young, Tomas Satoransky, and Garrett Temple as staying with the Bulls, and you can read his reasoning in the post above. I don’t necessarily think this is out of the question, nor a terrible idea, but I would be a bit surprised to actually see it happen. Not only did the deadline suggest the Bulls are interested in adding new pieces, but Karnisovas and Donovan have harped on upgrading the roster. If all three of these players stay, all three will hold key spots in the rotation, and the cap space to sign “upgrades” shrinks quite a bit.

•   Young is probably the most likely of the three to wear a Bulls uniform next season. He is coming off a career year and holds a close bond with Zach LaVine. At the same time, we have to keep in mind that this career season came in Year 14. Father time doesn’t bode well for Young’s continued ascension. I think he can still play an impactful role, but the Bulls seriously have to ask themselves if guaranteeing him an extra $8.1 million is the right move. Should that money go toward signing a younger piece or a starter at the point guard or power forward position? We also have to keep in mind that the presence of Vucevic makes some of what Young does a bit expendable. Young thrived and reached his peak value at the trade deadline largely because of his facilitating. He still might be able to do that off the bench next season, but with the addition of Vucevic as a capable passer and a potentially more traditional point guard, some of those opportunities might disappear. Thus, his value in a potential deal next season could go down. With that being the case, I wonder if we could see the Bulls search for a deal before he takes the court this summer.

•   Anyway, for more on Young’s situation, check this out.

Bleacher Report’s trade idea for the Miami Heat this offseason:

"The Heat should jump at the chance to get LaVine, one of the NBA's premier scorers who only continues to improve." pic.twitter.com/8Z6MsLazhP

•   I don’t even want to give this imaginary trade proposal space in my brain, so I’ll just say this: If you think that is all it would take to get LaVine … you did not watch him play at all this season nor did you realize the statement the organization made at the deadline.

•   Also, who said LaVine even wants to go anywh-

•   PANIC! Just kidding, please don’t. People love to house hunt with athletes, but it normally means nothing at all, especially in this case. The Tribune’s article says LaVine first listed this place on the market in 2019, so (1) who knows if LaVine was even living there, and (2) he has clearly wanted to move on from it for a while.

An emotional Taj Gibson on winning a playoff game with Tom Thibodeau and Derrick Rose after all they've been through:

"This is some magical stuff right now. I don't know how to explain it. I don't take anything for granted, but every day I come in, it's just surreal." pic.twitter.com/qF95Iz4tYD

•   Derrick Rose has been getting a lot of love lately (and rightfully so), but the way Gibson has carved out such a valuable role after all these years is awesome. He has given the Knicks 24 minutes and 30 minutes, respectively, in their two playoff games, grabbing a combined 16 rebounds.

•   Meanwhile, Rose dropped 26 points to lead all Knicks scorers in the team’s 101-92 victory on Wednesday. What he has done to build himself back up might as well be unmatched.

Chicago basketball is so strong that it revitalized the Garden

•   This dude has got some insane bunnies.