Nikola Vucevic Talks Warm Welcome to Chicago, His Love For the Bulls Intro, and More
Search
Skip to content 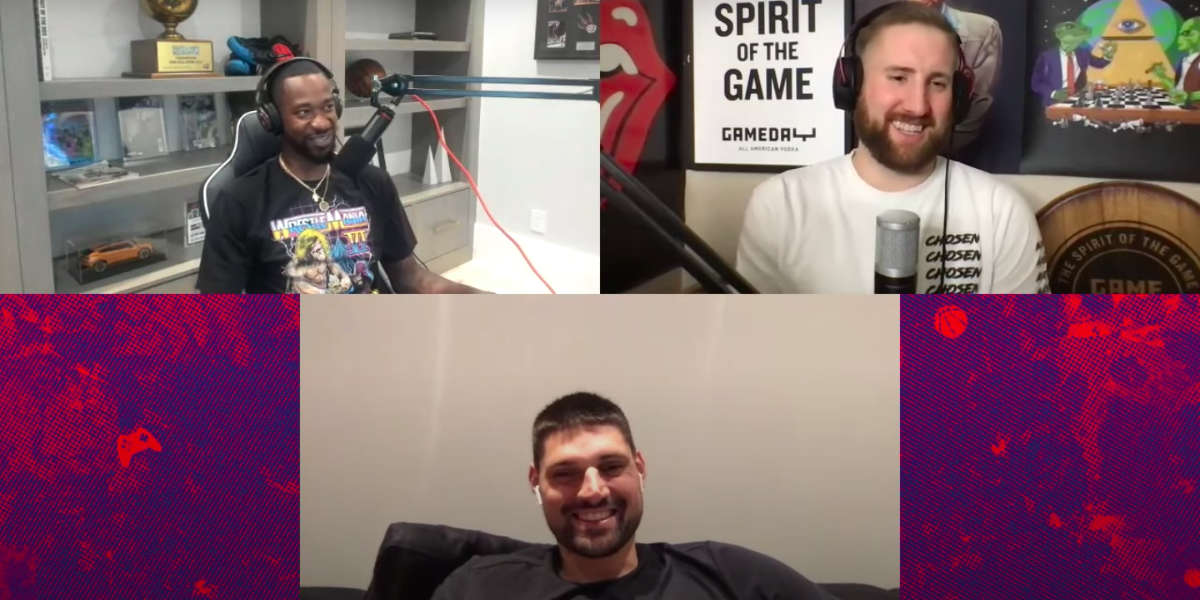 Chicago Bulls fans were caught off guard in one of the best ways on March 25th. For the first time in quite some time, the franchise made headlines with a blockbuster trade, one that paired a top big man in the league with a rising All-Star in Zach LaVine.

The next month may not have unfolded the way many had hoped, but there is no question the Bulls roster has been upgraded as they look toward the future. There is also no question Nikola Vucevic is excited to be a part of that future, and the 2x All-Star said as much in his conversation with former teammate Terrence Ross on the TRoss Podcast.

“I walk around Chicago, and I’ll have people open their windows like, “yay, Vooch, we love you, man! Thanks for coming!’ And I’m like, all right this is a little different. It’s just much more passionate. Unfortunately, we were like the last or second-to-last team to have fans, so I didn’t get to enjoy that part. So I look forward to that part, playing in front of a full United Center. All that is going to be special. It’s different, man. It’s different.”

His entire conversation with Ross and cohost Stephen Madison might as well be a must-listen. While the Bulls’ new star player does not linger on the difficulties of this season or his expectations moving forward, he does make a point to share his eagerness to play a full season in Chicago. Whether it be the people screaming out of windows, the conversations he’s had with team employees about Michael Jordan, or hearing his own name called with Sirius blasting in the background, Vooch sounds ready to embrace the full Chicago Bulls experience.

Vooch: “My favorite part is the intro. Every time I get so pumped for it.”

Ross: “You’re going to get so annoyed of that, bro.”

Vooch: “Nah, I love that music and the Bulls running through the city. It’s the best in the league by far.”

You tell him, Vooch!

When Vucevic did touch briefly on the previous season, he emphasized that he spent only a cumulative three weeks in Chicago since the deadline move took place. The team spent the majority of their time on the road, only adding to the difficult adjustment period for him and the team. He implied that the oddity of the season and extended road trip made it hard for him to grow fully comfortable. But if averaging 21.5 points with 11.5 rebounds and nearly 4.0 assists (while shooting 47.1 percent from the field and 38.8 percent from downtown) is what an uncomfortable Vucevic can do … let’s just say I’m very excited for next season.

“It’s good for me now to be in a bigger market, to be in a bigger franchise, something where there really is that pressure … if we do have success there, it will be really great, because they really love the Bulls.”

To hear Vucevic talk about Star Wars, Legos, Toni Kukoc, and more, I highly recommend you listen to the full podcast below. Great stuff.