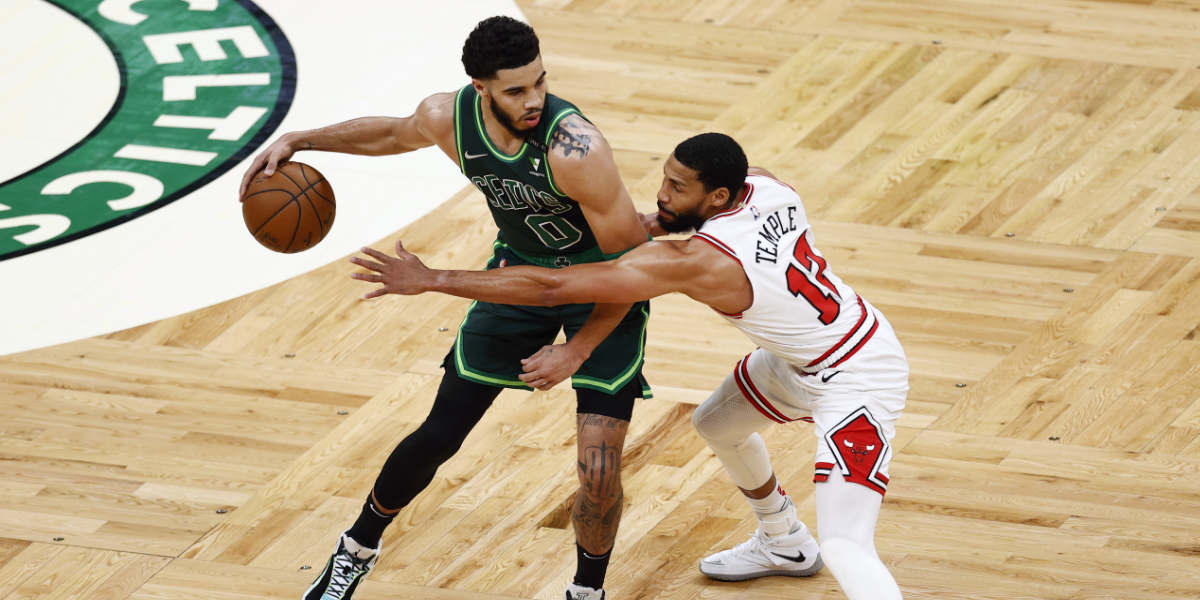 Folks, it’s happening. I will attend my first Chicago Cubs game since 2019 today, so if you see a fan on the broadcast smiling and sipping a beer while shedding a single joyful tear, it will likely be me.

•   Arturas Karnisovas and Billy Donovan have not been shy about their goal to upgrade the Chicago Bulls roster, and rightfully so. After missing the playoff for the fourth-straight season, it’s their combined job to shove the team in a much more competitive direction as soon this offseason. The acquisition of Nikola Vucevic sped up the Bulls timeline. While the big man should still provide several seasons of high-quality play, he will be 31-years-old at the start of next season and closer to the end of his prime than the beginning. Meanwhile, Zach LaVine will be just be putting two feet into his prime at the age of 26. The front office went into the 2020-21 season evaluating their options, and they saw a path to immediately build things up rather than begin to tear things down. Bulls fans should be ecstatic about that, but it means the pressure is on this summer.

•   With LaVine and Vucevic set as the high-usage All-Stars, the job moves to finding the right supporting cast. All we know right now is that Coby White and Patrick Williams will play important roles. Both are under contract for a couple of more seasons and both were alluded to as “core” members in the team’s most recent Run With Us episode. Arguably everyone else on the roster feels like they could be wearing a new jersey next year, including helpful veteran Garrett Temple. The 35-year-old who has now played for 10 teams was a very pleasant surprise this season. I think we all expected him to be a great off-the-court presence, but he provided some valuable spot starts and some great minutes off the bench, averaging 10.0 points, 3.8 rebounds, 2.9 assists, and 1.0 steal.

•   Temple played so well that re-signing him could very well be a conversation over the coming months. After all, the vet told reporters at his end-of-season press conference that he would be very interested in helping this team finally get over the postseason hump (h/t NBC Sports Chicago):

•   I think Temple’s experience and demeanor would be great to have on the sidelines as this team continues to grow. But I think his performance this season will draw interest from true contenders, and the Bulls do have some younger options that could arguably provide his same on-court production. Not only is the lengthy Troy Brown Jr. under contract this season (21-years-old and a former No. 15-overall pick), but the Bulls could re-sign Javonte Green for even cheaper than Temple. Green flashed some high-quality defensive play at the end of the season, and his qualifying offer currently sits at $1.8 million. Perhaps some team would offer him more money on a longer-term deal (especially when we consider the amount of cap space out there this summer), but it’s hard to say.

•   Speaking of postseason aspirations … have y’all seen Julius Randle? This season’s Most Improved Player is currently playing in his first-ever playoff series, and he is reminding everyone that it’s a different animal. The guy averaged 24.1 points, 10.2 rebounds, and 6.2 assists this season on 45.0 percent shooting from the field and 41.1 percent shooting from downtown this season. Over his first three playoff games, he has averaged just 14.7 points (on a pretty atrocious 24.1 field goal percentage and 30.0 three-point percentage) with 3.3 assists and 11.7 rebounds. There is still time for the big man to turn things around, but I’m just hoping this isn’t the kind of dip we see once LaVine finally makes his first postseason series.

HBD to our coach, Billy Donovan! 🎉

Miami is the fourth team in NBA history to fail to win a playoff game in the season before and after reaching the Finals:

•   Do we expect the head coach that is about to be swept to say anything else?

Sixers coach Doc Rivers, trying to keep his team focused: "We've done nothing."
Wizards coach Scott Brooks, under no such obligation: "They're championship-ready. Right now."
Where do Joel Embiid & crew take it after their peak performance in Game 3? https://t.co/SB85N3M99Q