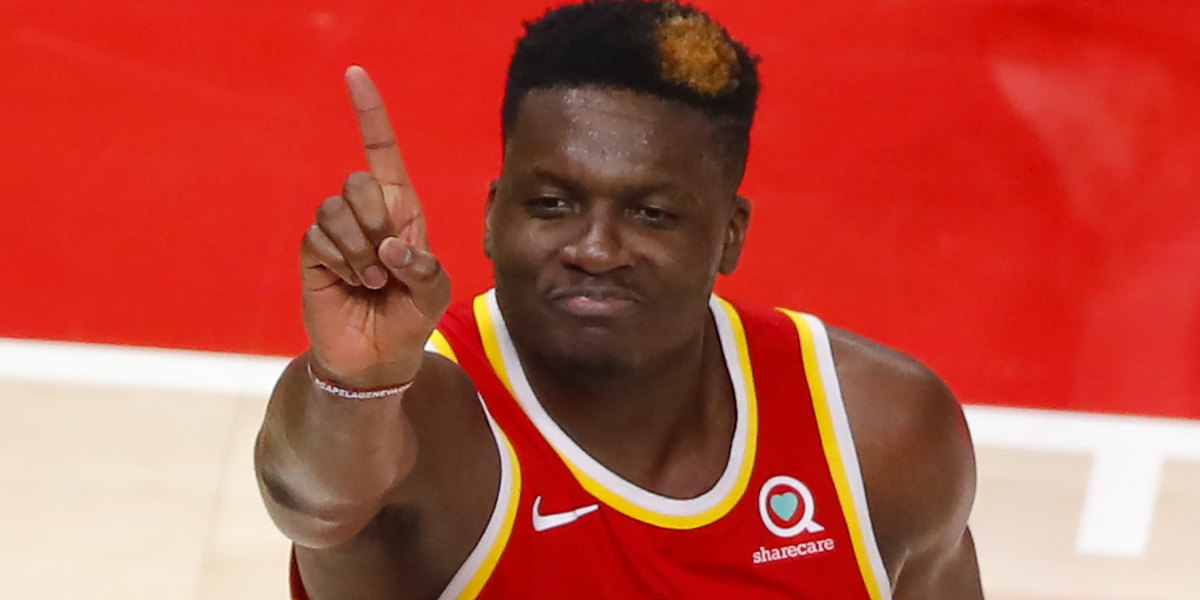 The Atlanta Hawks are one game away from making the second round of the playoffs for the first time since the 2015-16 season, and I think it’s safe to say Clint Capela is feeling confident.

The big man sat in front of reporters on Tuesday afternoon and absolutely decimated the New York Knicks. Capela basically called his opponent a bunch of imposters, claiming the Knicks are only “trying to play tough” and capping things off with a pretty savage declaration: “Now, we’re coming into your home to win this game again and send you on vacation.”

On one hand, I find this totally awesome. I’m a big fan of some classic trash-talking, especially in the midst of a playoff series. Also, the fact that is coming from freakin’ Clint Capela is kind of beautifully random. On the other hand, I feel like it’s always a smart idea to save the chatter for on the court or after the game is won. The Hawks have the Knicks right where they want them, and the last thing they need is to give them any kind of last-second motivation.

Anyway, Derrick Rose and Julius Randle were both asked about what Capela had to say shortly after, and both had very similar responses.

"I'm 32 years old. I never talked shit in my life. I'm not going to start now that Clint Capela said something."

CLINT CAPELA: “Now we're coming to your home to win this game again. And send you on vacation."

JULIUS RANDLE: “Why would I give a hell what Clint Capela has to say?"

Hey, all things considered, that is probably the right response. Not only are neither played in a position to really talk the talk, but it’s always better to walk the walk. And I’ll be very curious to see how that walk looks when the Hawks and Knicks meet for Game 5 tomorrow. I’m sure MSG will be really happy to Capela!