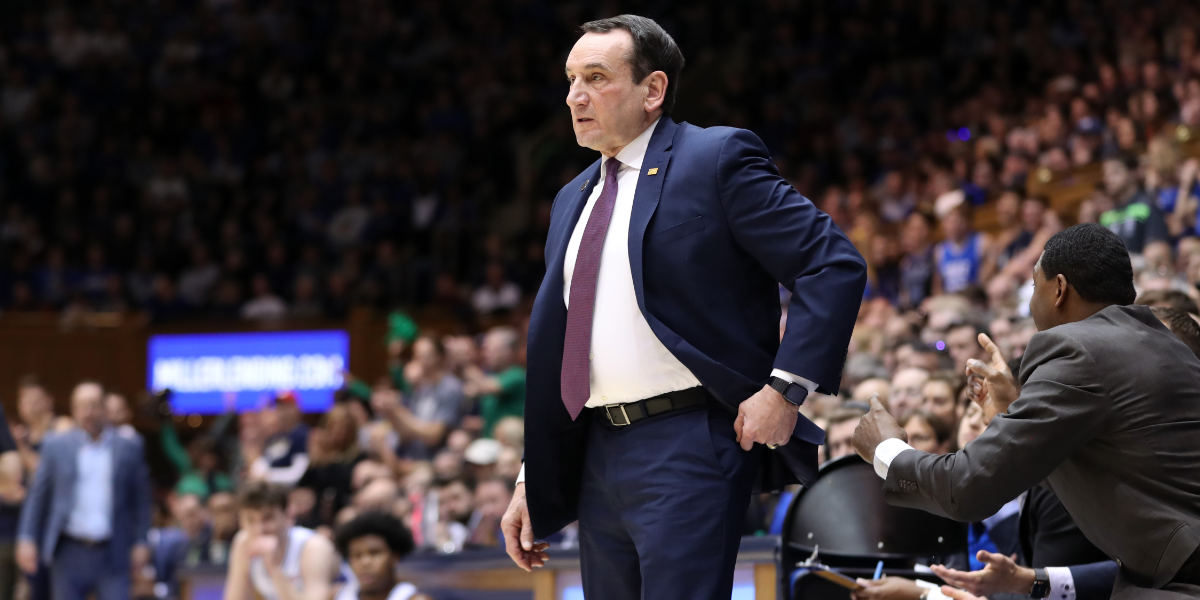 One of the most legendary coaches in basketball history is ready to call it a career.

Stadium’s Jeff Goodman was the first to report on Wednesday that Duke head coach Mike Krzyzewski, 74, would retire after the upcoming season. The university has also tagged assistant coach Jon Scheyer as Coach K’s successor.

Duke talked to outside candidates about replacing Krzyzewski, including Harvard coach Tommy Amaker, sources tell ESPN. Scheyer is Duke's choice to replace K. He was the lead recruiter on such stars as Jayson Tatum and Zion Williamson. https://t.co/6PPi8gVZT8

By the time his retirement rolls around, Krzyzewski will have served as a college head coach for 47 seasons. His head coaching career first began at Army, where he led the program for five seasons before taking over the Duke Blue Devils in 1980. Then, over his next 41 seasons with the team, Duke would win five national championships and make the tournament 35 times (35 of 36 seasons from the 1983-84 season to the 2018-19 season).

Over his years in charge of one of the most prestigious college basketball teams in the country, Krzyzewski was inducted into the Naismith Basketball Hall of Fame in 2001 and served as a member of the Team USA staff multiple times. As head coach of the Olympic team, Krzyzewski won three gold medals (2008, 2012, 2016), and he added two more as an assistant easily in his career (1984 and 1992).

Krzyzewski was always in talks to receive an NBA head coaching gig, but he continuously opted to stay at the top of the college ranks. Most would consider that a perfectly wise choice, as the Chicago native (played his high school ball in the city) is set to leave the game as the winningest coach in NCAA history (currently 1170).