Chris Paul Reportedly Plans to Turn Down His $44.4M Player Option - Should (Or Rather, Can) the Bulls Get Involved? Skip to content 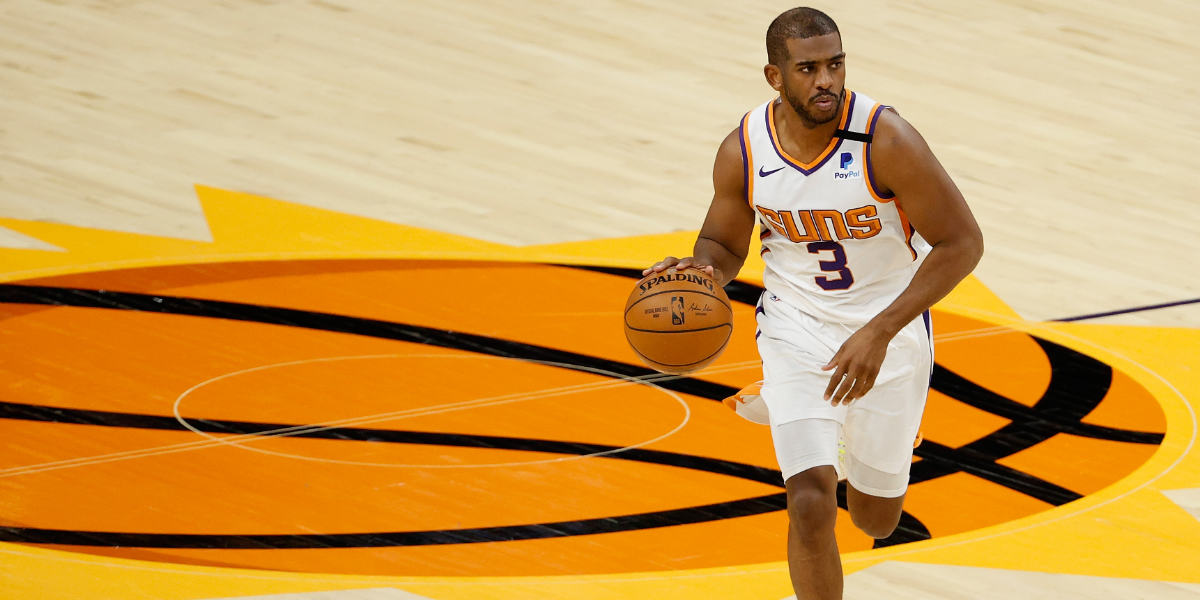 Bleacher Report’s Eric Pincus has reported that superstar point guard Chris Paul plans to turn down his $44.4 million player option this summer to strike a new deal. While that feels like a lot of money to leave on the table (and, well, it is), Paul likely favors a longer-term commitment after just turning 36-years-old on May 6th.

Paul has a $44.4 million player option, which according to several sources, he intends to decline with hopes of inking a new multiyear deal (perhaps in the $100 million range over three seasons). It’s unclear if his recent shoulder injury changes his plans. Gordon Hayward, who has battled more severe injuries than Paul, made a similar decision this past offseason, opting out of his final year with the Boston Celtics to sign a four-year, $120 million contract with the Charlotte Hornets.

First things first, Hayward and Paul are on two very different tracks. While Hayward has had more recent injury trouble, the versatile wing player will be only 31-years-old when next season starts. His four-year deal with the Hornets might feel like a lot to stomach, but at least it’ll expire well before he hits Paul’s current age. A multi-year deal for Paul would feel considerably riskier when we consider his situation. There is no denying the 11x All-Star’s game has aged remarkably well, but the older a player gets, the more likely a significant drop-off becomes.

Pincus is also right to mention Paul’s latest shoulder injury. He has been able to play through it, but (fair or not) it feels like a fresh reminder to the Suns and prospective organizations that Paul’s body isn’t what it once was.

Now, what Paul does have going for him is the fact that he is coming off an arguably MVP-caliber Year 16. He averaged 16.4 points, 8.9 assists, and 4.5 rebounds over his 70 games played. Paul shot 49.9 percent from the field and 39.5 percent from downtown. More importantly, his veteran presence proved to be as powerful as ever among a young Suns squad, helping the organization flip from 34 wins in 2019-20 to 51 wins and a 2nd-place finish in the Western Conference this season.

Considering his impact, I have to imagine there are several organizations on the brink of contending that would cough up the money Paul might request. And I would not be doing my job if I didn’t ask whether or not one of those organizations could be Chicago Bulls.

The short answer is no (boring, right?). Chicago does not have the kind of cap space to make an easy run at Paul. We also have to consider whether or not this falls in line with what the new front office is trying to build. Adding Paul would certainly help with establishing those winning ways internally, but would it help for building sustained success on the court? Not to mention, the chance Paul even wants to come to Chicago is slim. Zach LaVine and Nikola Vucevic might be intriguing teammates, but the depth and talent on a team like the Suns are simply better. At this point in his career, he is looking to finally add a ring to his finger, and this season has already shown him that doing so isn’t out of the realm of possibility in Phoenix.

Okay, but for the sake of good vibes, let’s pretend Paul does have an interest in signing with Chicago. The Bulls can move pieces around to open up the kind of AAV money Paul would probably request, but it would still cut things close. As NBC Sports’ Dan Feldman points out, Paul is technically eligible for a three-year, $136,794,277 deal with a team not named the Suns. I don’t think he is getting that total based solely on his age, but hunting a three-year deal over $100 million feels perfectly likely. For the Bulls to be even in that ballpark, they would have to move on from Tomas Satoransky, Thaddeus Young, and get rid of Lauri Markkanen’s cap hold. Also, not having a first-round pick would actually help in this case.

Again, this all feels so unlikely, though. Paul’s interest would be a shock, and the Bulls still have several other areas of their roster in need of an upgrade. While the Bulls are ready to improve and take a playoff-sized jump, it’s hard to imagine they are ready to go full title-or-bust with Paul.

Adding Kyle Lowry, on the other hand …