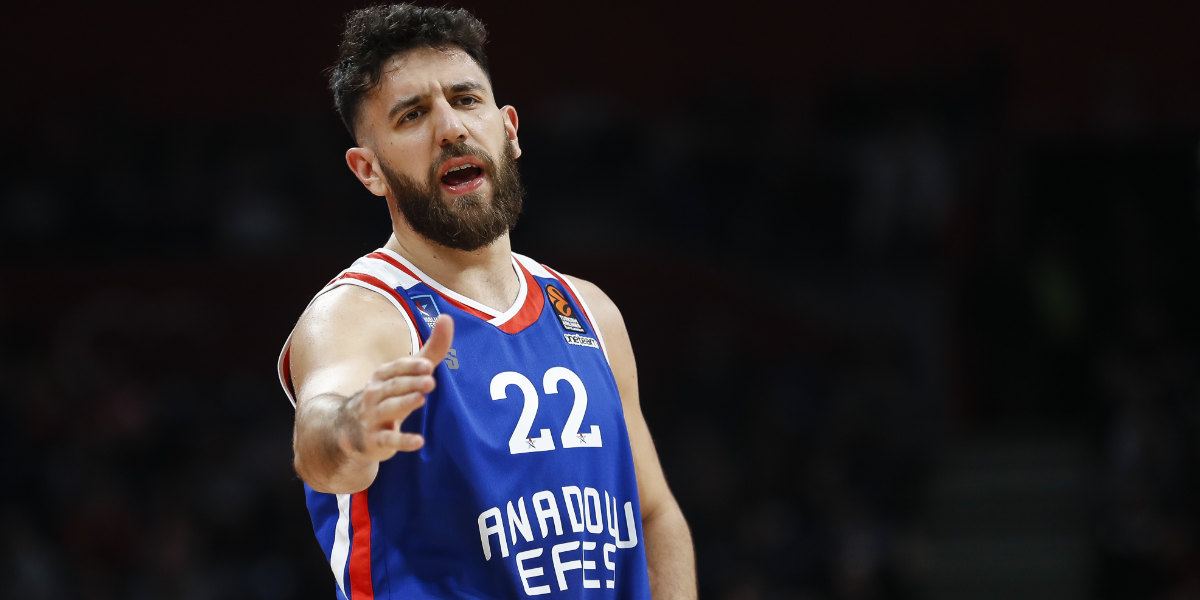 Well, it looks like we might have our first trade rumor of the offseason, and it comes from an unexpected source.

According to Mozzart Sport (a Serbian site shared by Eurohoops.net), there are rumblings that the Chicago Bulls are interested in acquiring Serbian guard and EuroLeague MVP Vasilije Micic.

The Chicago Bulls are reportedly interested in trading for EuroLeague MVP Vasilije Micichttps://t.co/eW1nRKv4Gb

Here’s the English translation of what Mozzart Sport’s original piece wrote on the Bulls and Micic:

“Unofficially, although not so loudly, Chicago is mentioned, which is allegedly ready to enter the store for Micic even before the draft in order to qualitatively fill the gaps in the back positions.”

NOTE: This translation was performed via Google Translate, so let’s please remember things can easily get lost along the way.

With that said, Eurohoops’ write-up does make clear what the original post states, and it also isn’t necessarily hard to believe that the Bulls would have an interest in Micic given his position and talent, as well as the presence of Arturas Karnisovas. We all know the new executive VP of basketball operations has close ties overseas, and he has used his knowledge of European hoops to help him in the draft process multiple times (he drafted Nikola Jokic in the second round 2014 and, most recently, Marko Siminovic in the second round of 2020).

Micic was drafted by the Philadelphia 76ers in 2014, and his draft rights were later sent to the Oklahoma City Thunder in 2020 in the deal including Al Horford. At 27-years-old, he has yet to clock any time with an NBA team. Micic has instead honed his skills in the EuroLeague, most recently recording the best season of his career with Anadolu Efes. Micic averaged 16.7 points, 4.9 assists, 2.6 rebounds, and 1.2 steals per game while shooting an efficient 48.9 percent from the floor and 38.9 percent from 3-point range. The perimeter player also averaged 4.3 free-throw attempts per game.

Micic’s well-rounded play was enough to lead his team to a EuroLeague championship and crown him the league MVP. Now, reaching his peak and set to hit free agency, it might be the right time to give him a try at the NBA level.

The Oklahoma City Thunder are in full rebuild mode, so while they could be the right team to give Micic a try, they also may not be the most eager to give a 27-year-old veteran a boatload of minutes. Likewise, Micic might not be interested in joining an organization with its sights set on development. The Bulls, on the other hand, have room to fill in the backcourt. Micic doesn’t come off as the most gifted facilitator, but he could potentially offer a similarly stable presence at the point guard position as Tomas Satoransky with a much higher offensive upside. Micic is a crafty ballhandler who has a knack for getting to the rim. His 3-point shot has also been nothing short of reliable in recent years, and he does offer quality positional size at six-foot-four. Upon a brief film watch, his lack of athleticism will likely hurt him on the defensive end at the next level, but perhaps his high IQ can help make up for some of that.

Depending on what the price tag looks like, it might not hurt to give someone like Micic a try. Could he be *the* point guard this Bulls team needs? Probably not. But he could be a cheap, high-upside option that provides some veteran leadership and a general upgrade to this roster.