Coby White Had Shoulder Surgery and is Set to Be Re-Evaluated in *Four Months* (Update: Potentially Out 4-6 Months) Skip to content 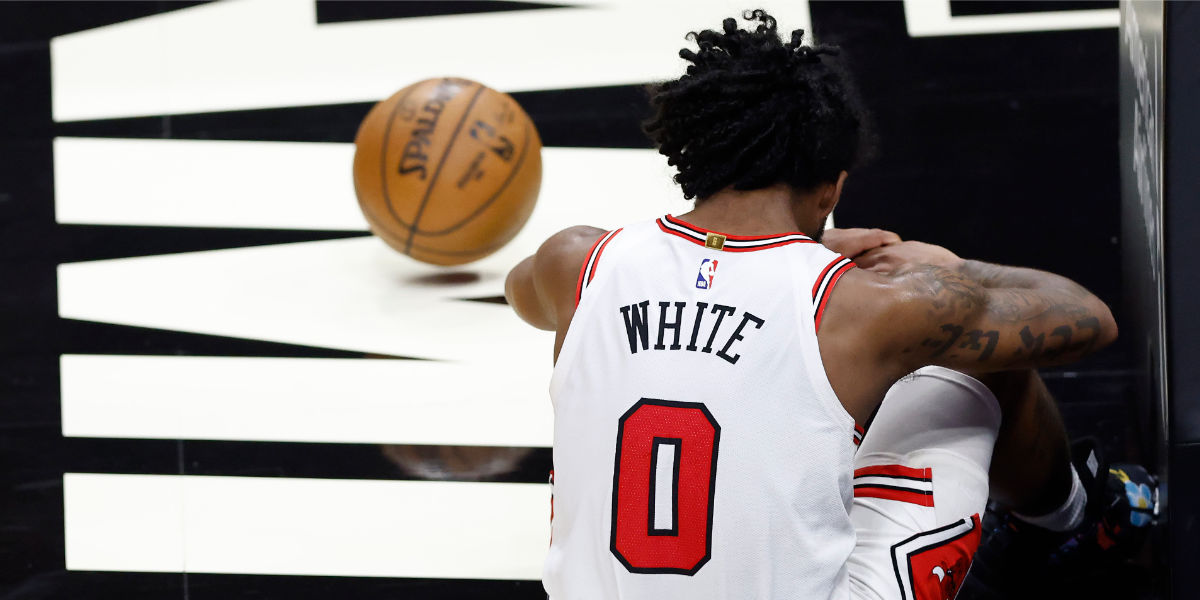 The Chicago Bulls blindsided us on Thursday afternoon with some injury news on Coby White.

According to a press release from the team, White sustained a shoulder injury while participating in basketball activities away from the team. He underwent successful surgery, and he will now be re-evaluated in four months.

Coby White underwent successful surgery on his left shoulder today to repair damage from an injury sustained this past weekend while engaged in basketball activities away from the team.

He will be re-evaluated in four months.

Based on that timetable, White will miss the remainder of the offseason and training camp, which is set to begin on September 28th. Also, considering the Bulls say White will be “re-evaluated” after those four months, it’s certainly possible White is not available for the start of the regular season on October 19th.

Through White’s first two seasons in the league, he was the epitome of reliability (in terms of health), missing only three of a possible 137 games. With that in mind, it will be interesting to see how this impacts him even beyond his return on a physical and mental level. Not having the opportunity to use this offseason to hone his craft feels like a brutal blow for White, especially when we consider the positive momentum he built at the end of the season. Not to mention, this puts the Bulls organization in a very tough place.

While it has been assumed that the front office would always pursue an upgrade at the starting point guard position, they made clear that White is still very much a part of the “core” they are building. White’s absence, regardless of whether or not he played lead guard to start next season, will be missed, and it only emphasizes the organization’s need to add better depth this offseason.

According to NBC Sports Chicago’s K.C. Johnson, White’s injury is a torn labrum. The fourth month timetable is more of a front end estimate for that kind of injury, which is likely why we saw the team use the words “re-evaluated.”

Johnson tweeted that the full-length recovery could take up to six months.

Coby White’s shoulder surgery repaired his labrum, per sources. The team release said he will be re-evaluated in 4 months. Depending on rehab, timeline is 4 months on front end and 6 months on back end, per sources.

Considering these details, it feels even more possible that White could miss the start of the 2020-21 season. Hopefully, the third-year guard can make a quick recovery and make it back before then,  but the diagnosis doesn’t seem too promising.